NBC Sports ‘Bringing Back the Sunshine’ with NASCAR coverage 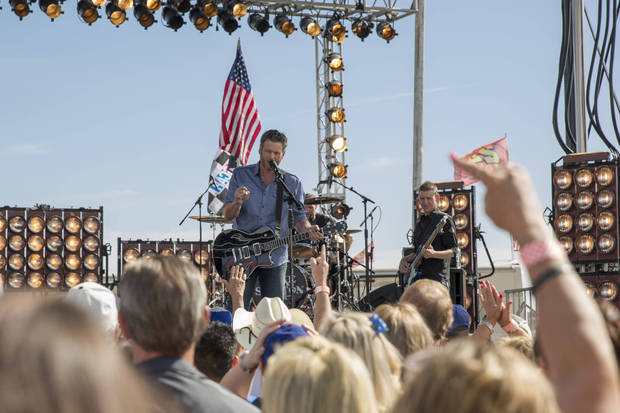 NASCAR returns to NBC and NBCSN this weekend with the racing at Daytona. Similar to last year, Blake Shelton’s single “Bringing Back the Sunshine” will serve as the theme song for the coverage, with a featured music video at the beginning of each broadcast.

“I think as part of our brand ethos is kind of making big events feel bigger but also kind of shining a light on the stars of the sport,” said Tripp Dixon, NBC Sports Group CD, in a USA Today interview. “Blake becomes a great vehicle for that. By having that party, NASCAR actually feels bigger, but he also does a great job at pointing toward the drivers and letting them share the spotlight. And I think that also we kind of put it through our own brand filter in terms of, is it authentic, who (do) we want to be when we want to broadcast NASCAR?”

This year, the music video has been upgraded, featuring Shelton performing from a stage inside a racetrack with a large gathering of fans. Cutaway scenes showcase Shelton interacting with drivers, fans and plenty of on-track racing action.

This is the second season of “NASCAR on NBC” and the second year of the partnership with Shelton, who also is a judge on NBC’s “The Voice.”

NBC’s coverage of NASCAR kicks off Friday with the Subway Firecracker 250.