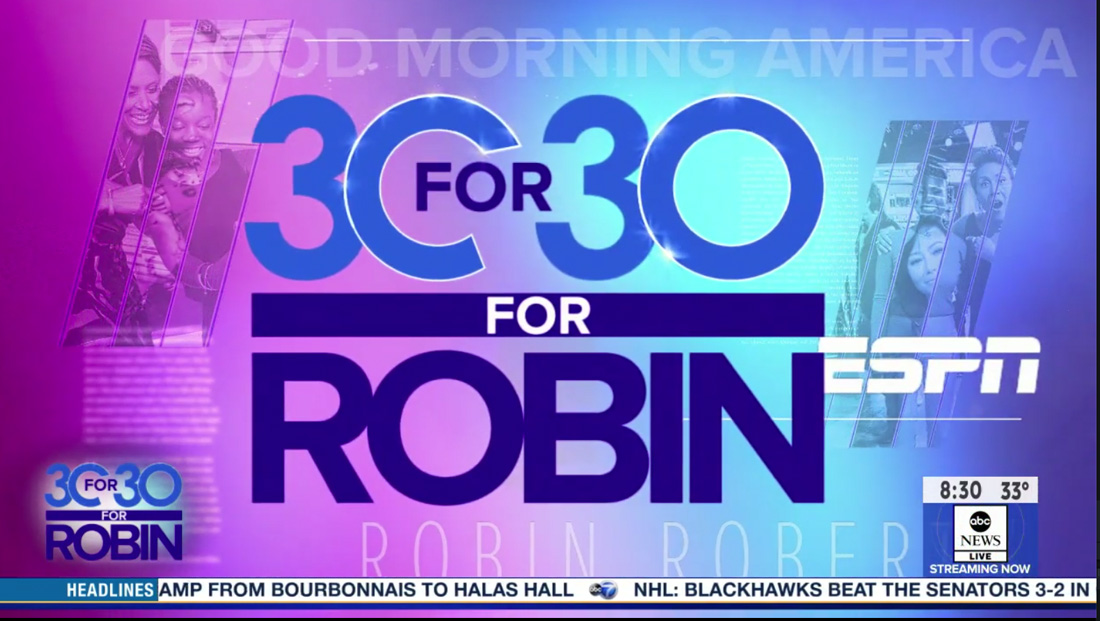 Roberts joined ESPN in 1990 and gradually began appearing on ABC in both sports and non-sports roles.

It’s worth noting that in the segment, “GMA” references it being Roberts’ 30th year “with Disney.”

However, Disney didn’t acquire its stake in ESPN until 1996 — six years after she started there — so it’s probably more accurate to say it’s her 30th year with ABC and Disney family (ABC/Capital Cities, as it was known then, bought into ESPN in 1985).

To pay tribute to Roberts’ trailblazing path in sportscasting and later years at ABC, ESPN compiled a special package under its “30 for 30” documentary series branding. 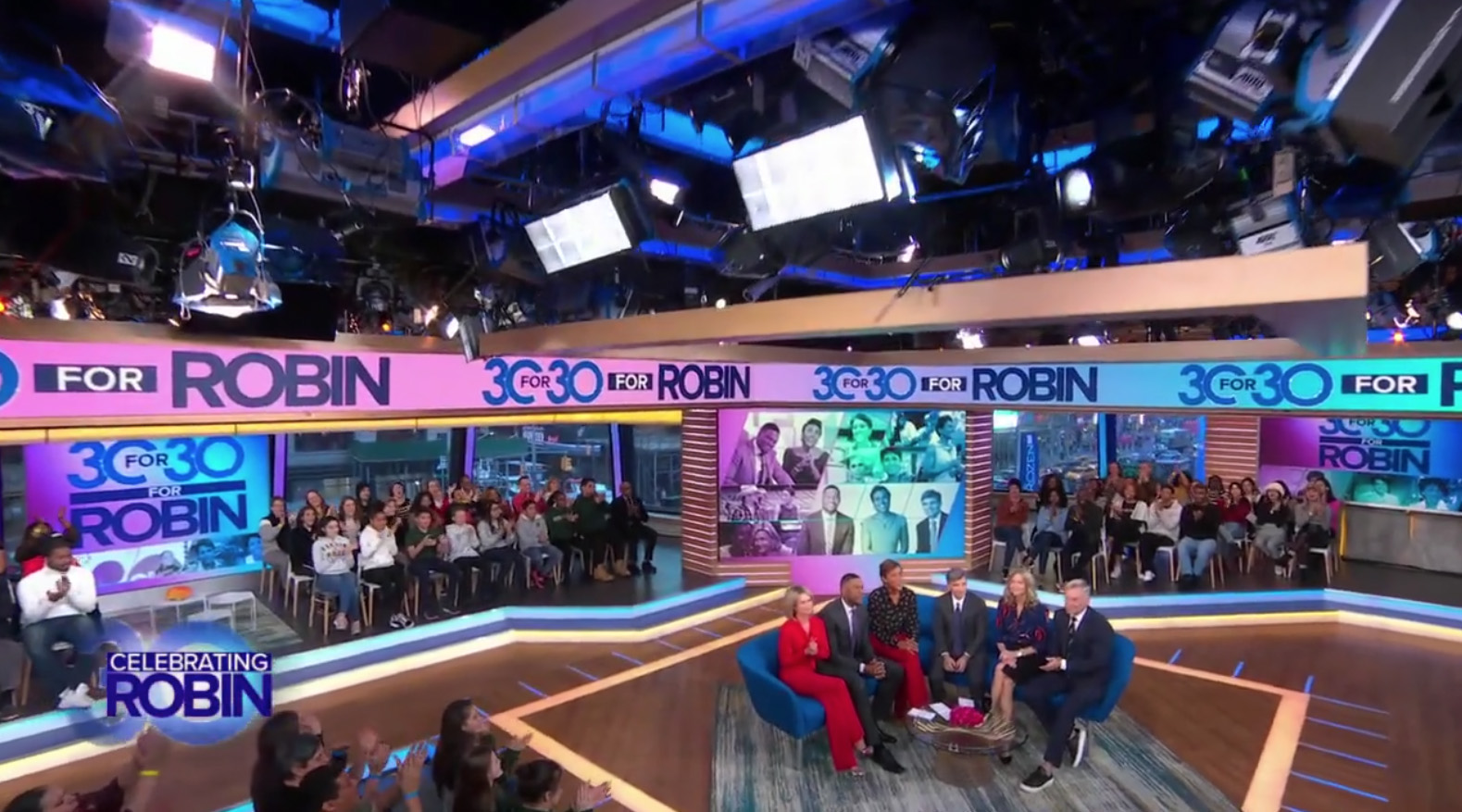 ‘GMA’ used the video panels and ribbons on the second floor of its Times Square Studios to create a ’30 for 30′ branded look paying tribute to Robert Roberts.

The package included clips from the ESPN and ABC archives — which is a bit of a tour down memory lane of the set and graphic design at both networks. 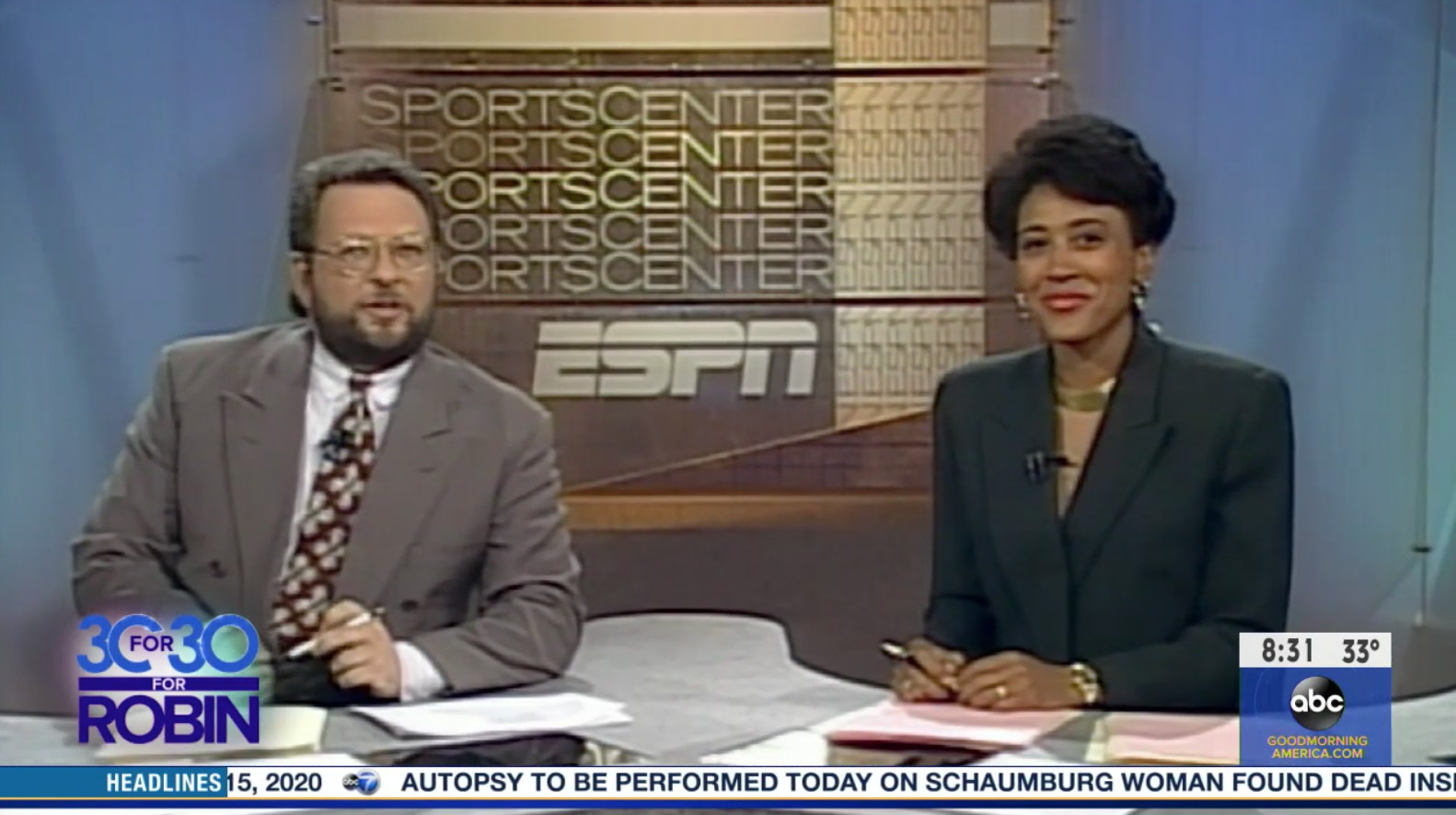 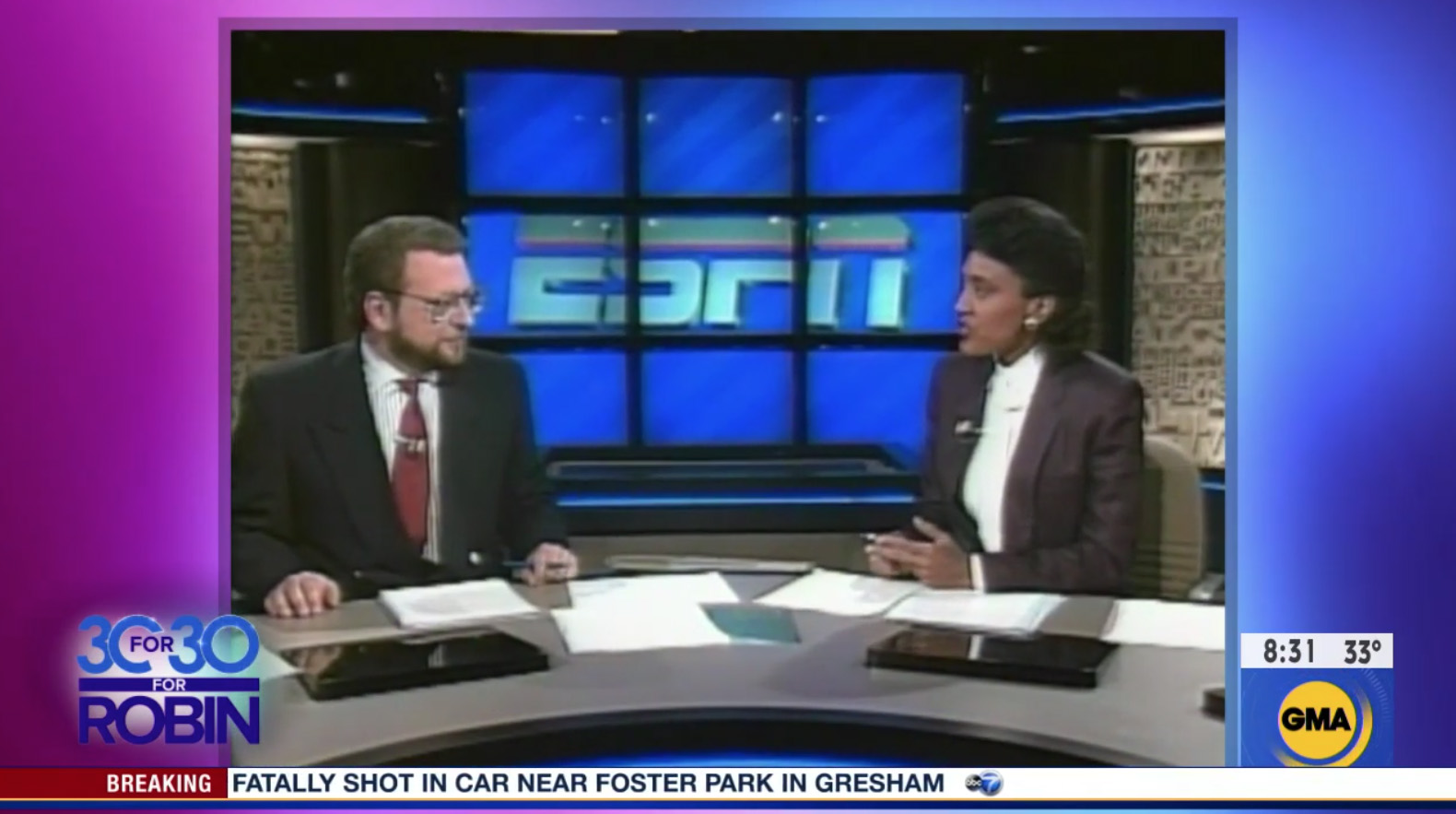 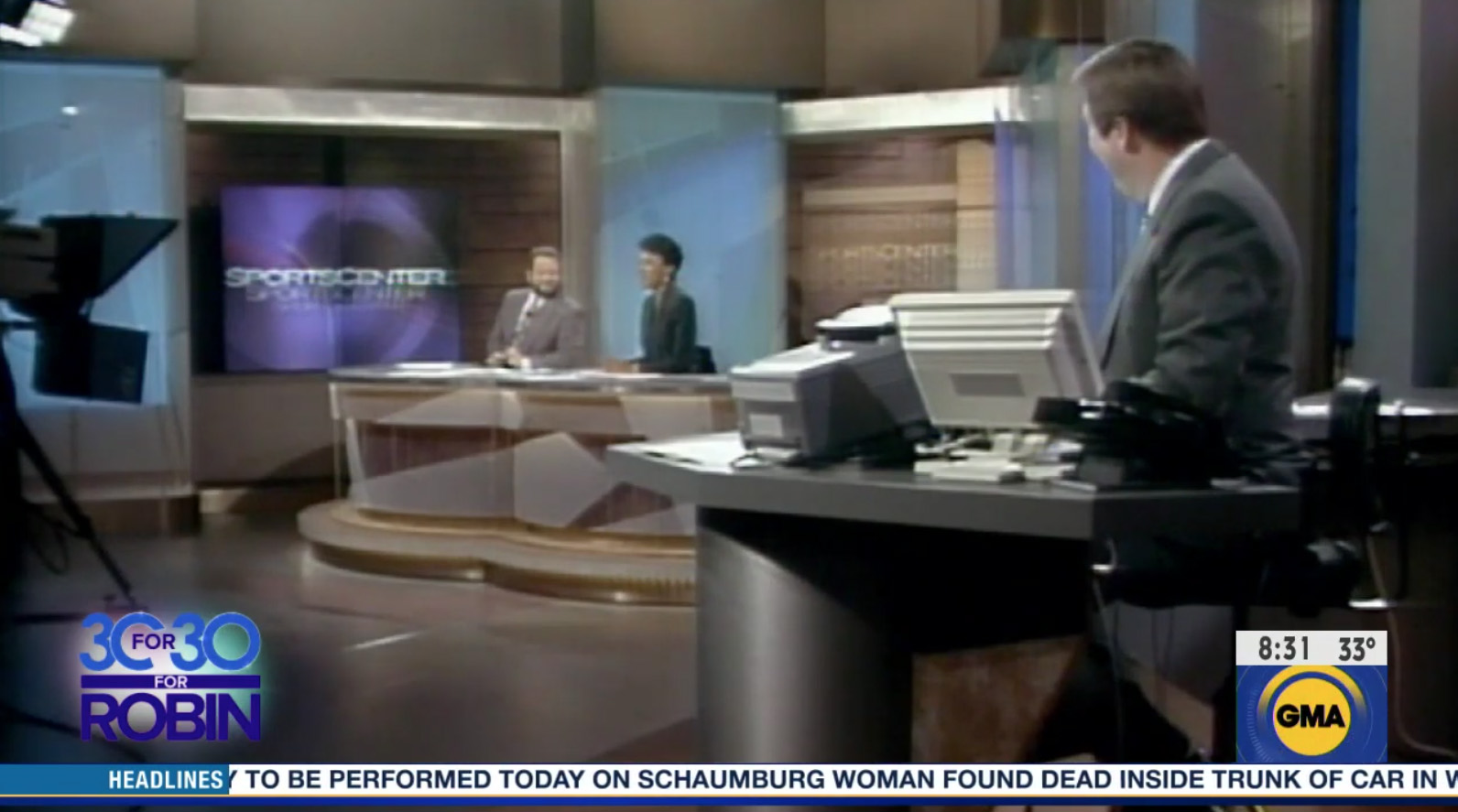 This version of the ‘SportsCenter’ set, likely from the 1990s, shows Roberts and the then cutting edge (and pricey) rear projection cube walls the network used on either side of the anchor desk. 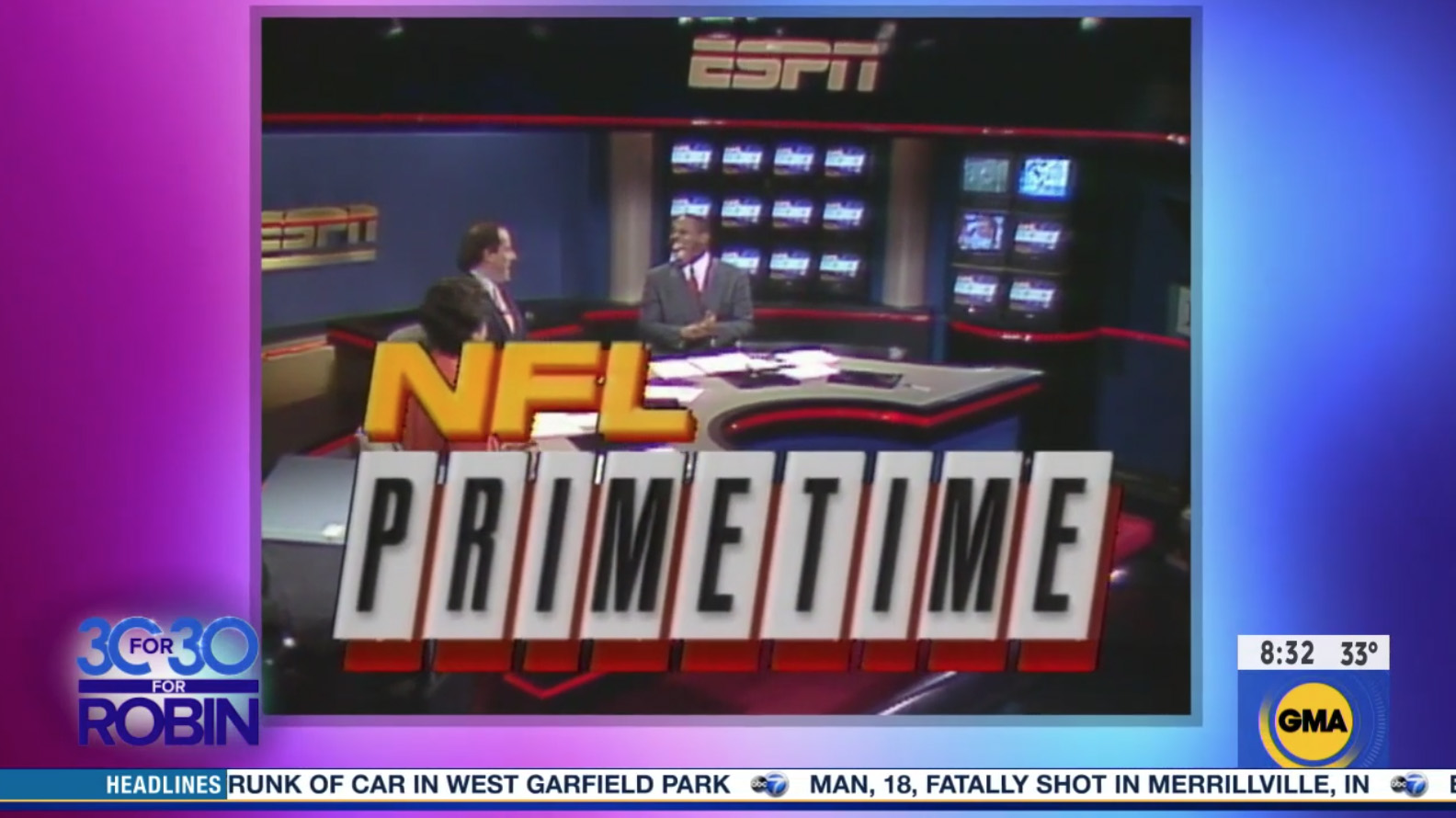 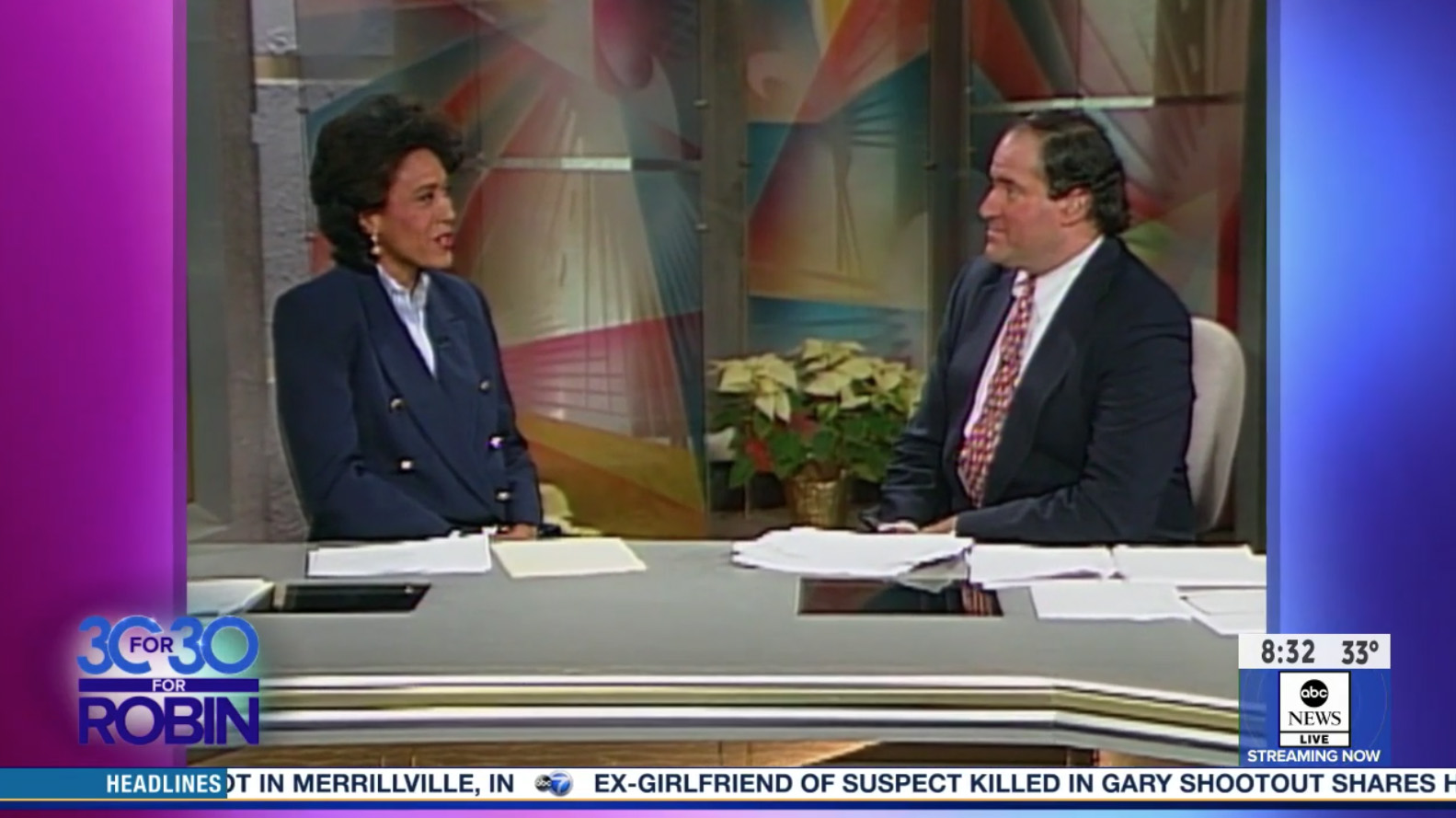 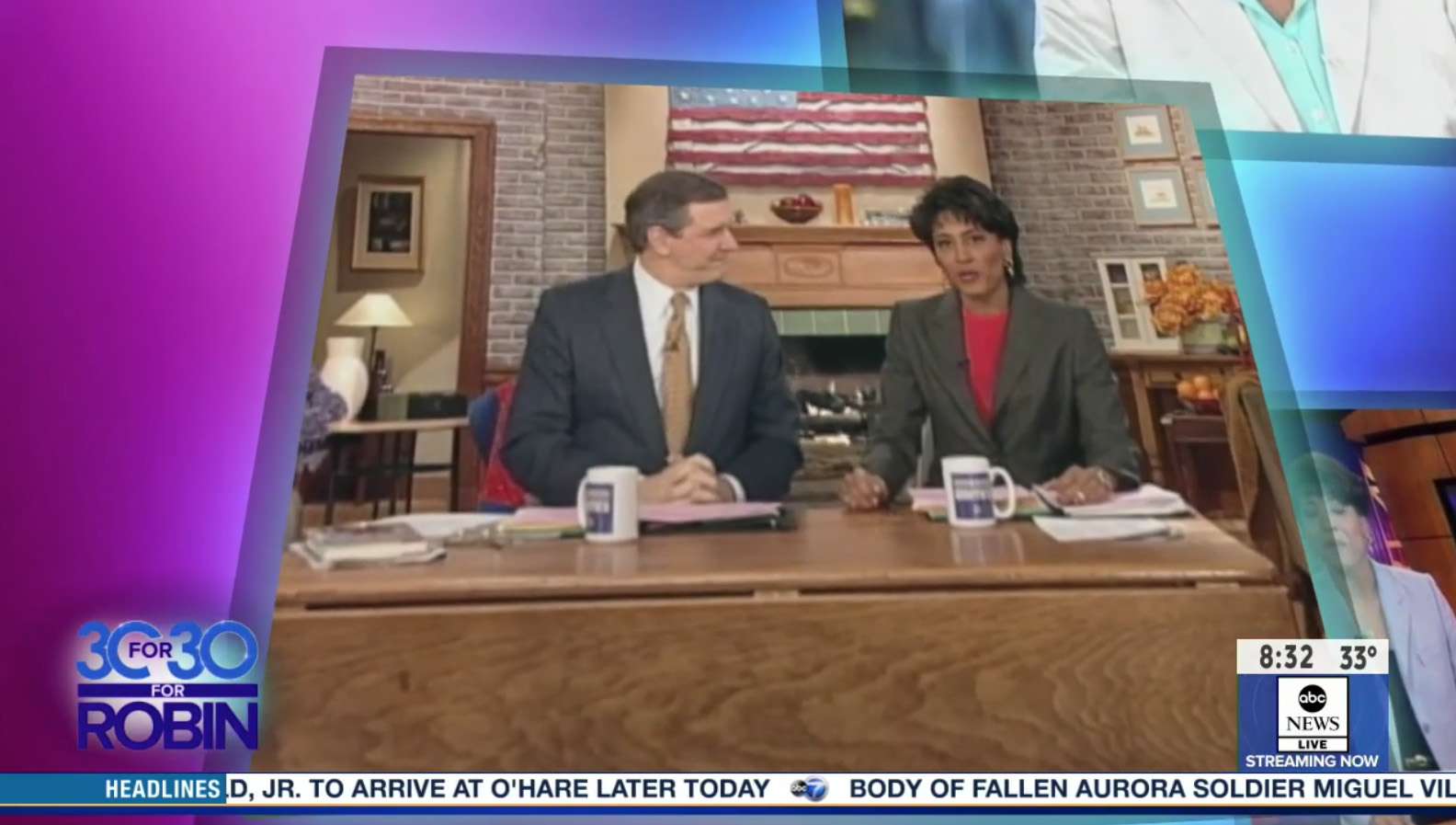 Here Robin Roberts is seen co-anchoring ‘Good Morning America’ alongside former ABC journalist Charles Gibson. This set was at ABC’s studios on West 67th street — its former home prior to moving to Times Square in 1999. The Times Square studio ABC built for ‘GMA’ featured the same American flag art installation above a fireplace as seen here.