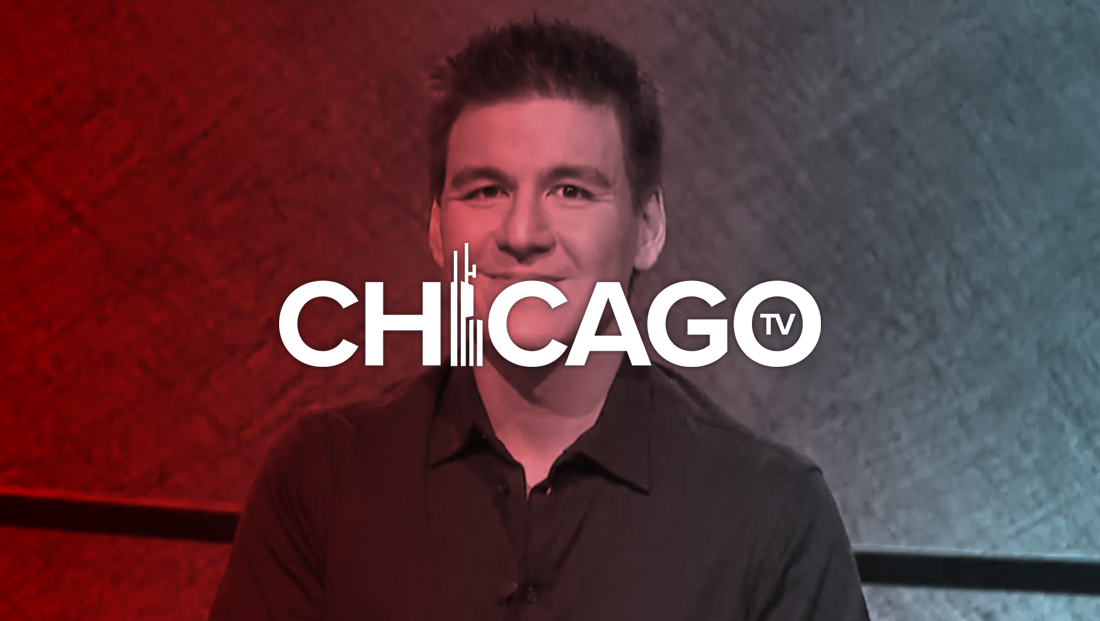 Although Holzhauer is identified as being from Las Vegas, Nevada, on the show’s intro, he attended high school in Naperville, Illinois, a major suburb outside of Chicago.

To localize the story, ABC 7 interviewed his former teachers.

The package ran Thursday, April 18, 2019, and the show’s 4 p.m. newscast tease that airs just before “Jeopardy!” starts included the story — a natural fit for the promo.

Unfortunately, the station had a bit of a technical glitch during the tease, which caused a blank screen to appear before returning to the studio shot of anchor Rob Elgas standing next to a generic “Eyewitness News” graphic.