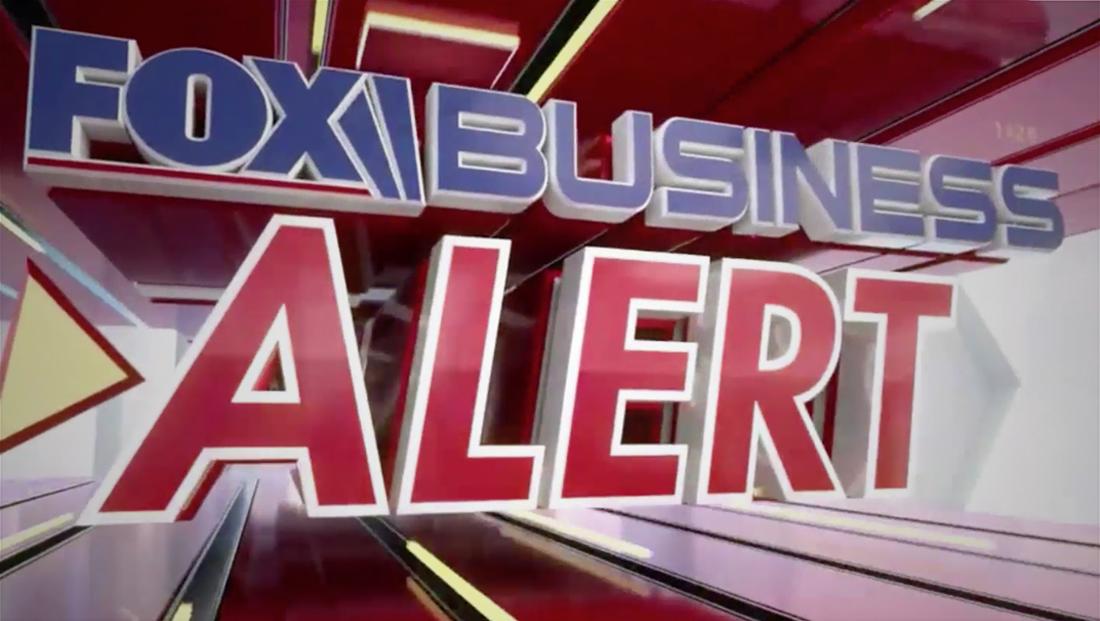 The Fox “News” Alert — which, depending on who you talk to, is either popular feature or annoying gimmick used on the Fox cable network that carries Sean Hannity’s show, has been adopted by its sister network, Fox Business.

As part of a rebranding that put its logo and graphics more in line with the mothership network, Fox Business began regularly “Fox Business Alerts” Monday, Sept. 30, 2019.

The network has its own stinger that can be shown fullscreen and then run in the lower third banner area was well as what the network calls the “sliver” — a narrow graphical trip normally reserved for show branding.

Interestingly, while the effect does have a subtle sound effect with it, it doesn’t use the famous (or infamous) bell tone style effect a Fox News Alert does.

Fox has been criticized for “overusing” the “alert” feature — and even this morning “Mornings with Mario” used it returning from a break to announce a tweet from Donald Trump over the growing controversy with his dealings with the Ukrainian president.

In late July, Fox Business moved back into its renovated studio space perched atop Studio F in the News Corp. building after it was temporarily closed for renovations.