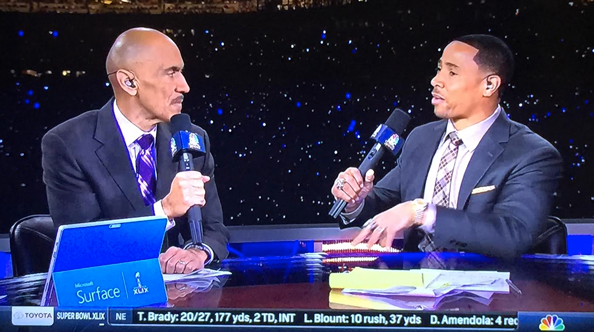 The tablet, which was sitting on the left side of the desk, didn’t actually seem to be doing anything other than just that — sitting there looking pretty.

Last year, Microsoft was forced to start reminding NFL announcers on correctly calling the tablets issued to coaches were actually Surfaces — and not iPads as the commentators were referring to them as.

Microsoft supplies the NFL with Surface tablets as part of a multi-million dollar sponsorship deal.

CNN was in a similar arrangement with Microsoft during the last election cycle and sharp-eyed viewers noticed that some of the cable network’s election commentators seemed to have iPads hiding behind their on-set Surface tablets.