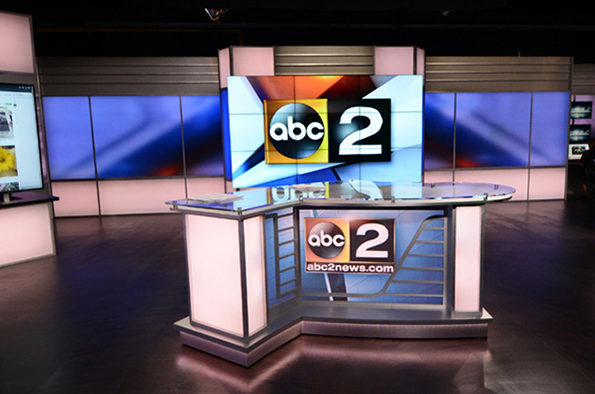 The design, similar to sister stations KSHB-TV and WCPO-TV, uses large amounts of backlit panels and technology to create an updated look for the station. A 3×3 monitor array is located behind the anchor desk, with graphical panels and grey headers flanking it on both sides.

A 400 square foot social media area is located to the left and includes multiple large monitors for presentation and updates.

The weather center includes two pods, and four large monitors with topographical maps used as graphics on the backlit panelling. The set built off an April 2014 update, which added a dedicated area for show “In Focus.”