MSNBC takes countdowns to the next level 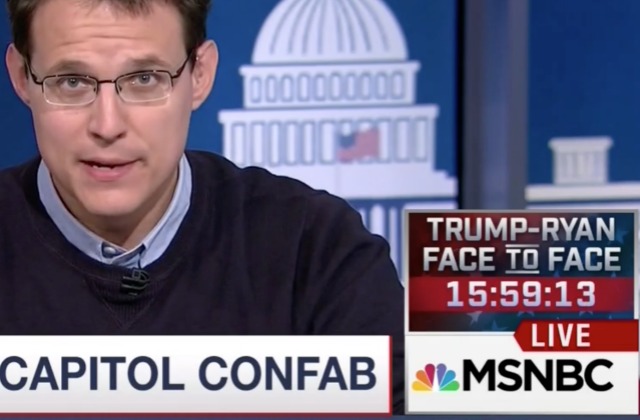 It’s no secret cable news loves counting down to the next big event — whether it be a town hall, debate or interview.

Well, MSNBC has taken the whole idea to the next level — counting down to an event that isn’t even being televised, reports Mediaite.

MSNBC aired a countdown during its dayside programming Wednesday for the Donald Trump-Paul Ryan meeting scheduled for Thursday.

Sure, the meeting is a newsworthy event and, even if you suspend the debate on whether it’s worth a countdown clock there’s still one other problem — the meeting is not being televised. By anyone.

The meeting is taking place behind closed doors, so the best TV can hope for is probably a live shot of, well, a closed door. More likely Trump’s exit of the building will garner more attention — or perhaps a press conference if one is called.