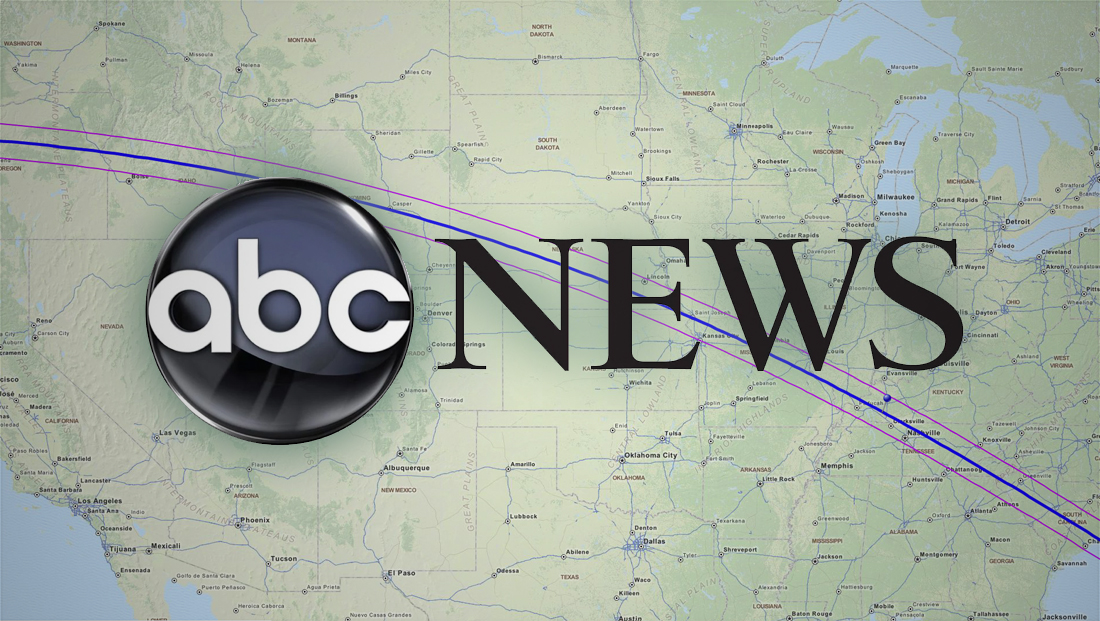 ABC News will offer a two hour special on the upcoming total solar eclipse, the first one of its kind in 33 years, across multiple platforms.

These locations have been selected for their positions along the so-called “path of totality,” the line bisecting the country where the eclipse will be best visible.

ABC News Digital will also offer a pre- and post-live stream show led by Anchor Amna Nawaz, a cinematic VR experience from within the “path of totality,” 360 video, a time-lapse sequence and an OTT showcase focused on the event.