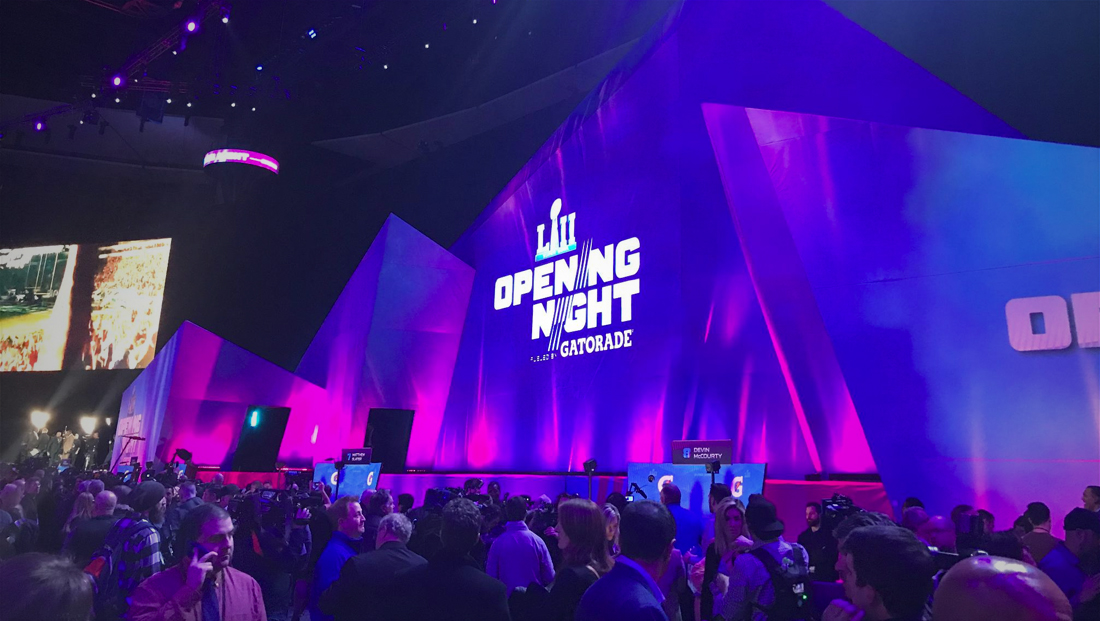 NBC Sports kicked off its plethora of Super Bowl LII coverage from Minneapolis, Minnesota, with an “Opening Night” broadcast that utilized large, angular blocks and a bit of augmented reality.

The event, which was formerly know by the less fancy name of “Media Day,” was held at The Xcel Energy Center in St. Paul.

The stage featured large, angled blocks reminiscent of mountains or blocks of ice that were dramatically lit in splashes of blues and violets.

The design notably has some similarities to NBC’s PyeongChang Olympics logo design.

NBC is airing the Super Bowl this year.

The AFC Champion New England @Patriots are in the building! #SBLII pic.twitter.com/t9BBzlK9oC

As part of its coverage on NBCSN, the network digitally inserted an augmented reality version of the New England Patriots logo suspended above the crowd as the camera moved forward and “through” the negative space in the logo. NBC Sports also brought along an anchor desk for its commentary team featuring sharp angles but with a curved LED ribbon on front.