‘The Alec Baldwin Show’ goes for vintage, simple look — with a bit of jazz 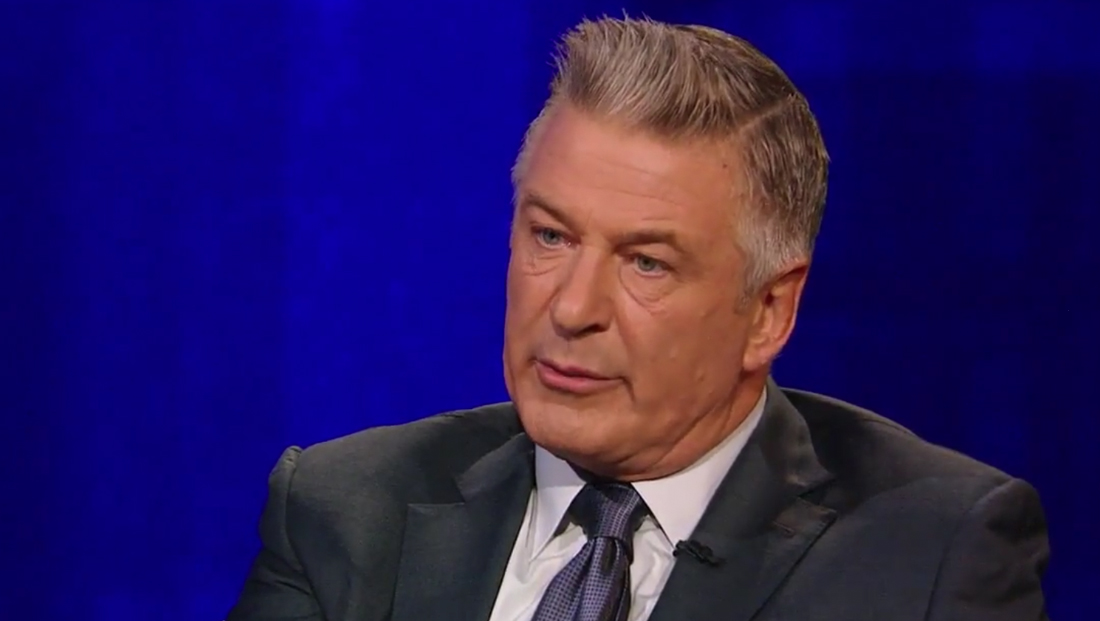 “The Alec Baldwin Show,” which was tested earlier this year following the Oscars broadcast under the title “Sundays with Alec Baldwin,” aims to be an intimate conversation with none of the modern traditions that usually accompany a talk show.

There’s no audience, no opening monologue, no peppy sidekick, just conversations that are largely uninterrupted.

“It’s a unique opportunity to do a thoughtful, smart talk show, without a lot of bells and whistles,” said Jason Schrift, the show’s EP in an interview with TV Insider.

“When the guest is brought out on the stage, that’s exactly when the show starts.”

Conversation as the focus

Production designer Camille Connolly of 3C Studio created the show’s scenic design, putting the guests and Baldwin at the center of attention with subtle backgrounds and dramatic lighting from Joshua Hutchings of Illumination Advocates. 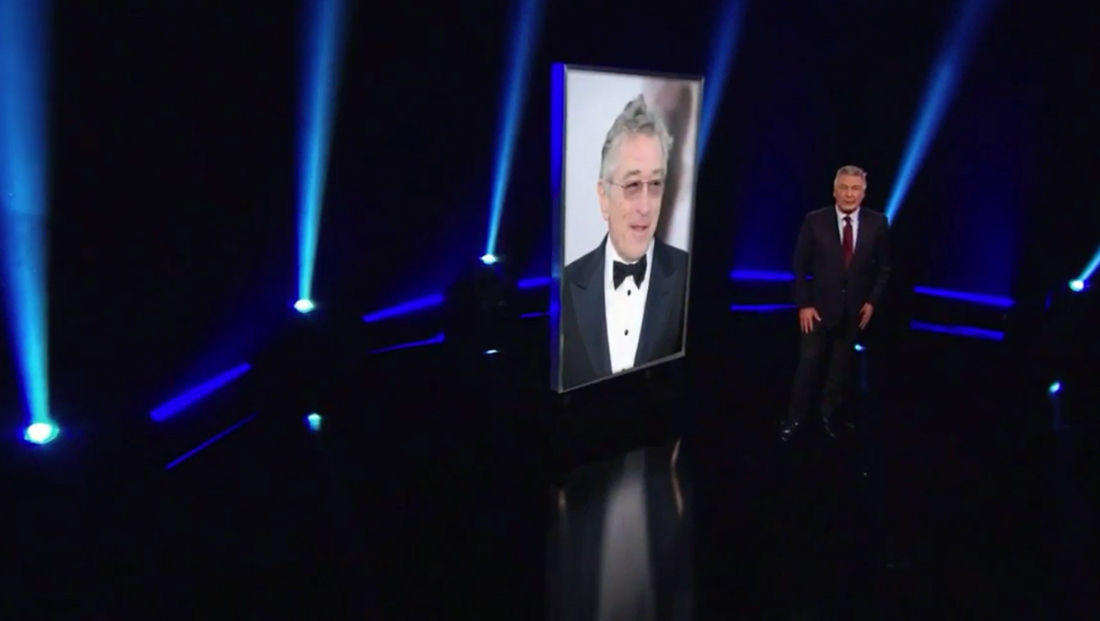 Host Alec Baldwin opens the show on camera with a vertical video panel set the middle of a darkened space with dramatic uplights. 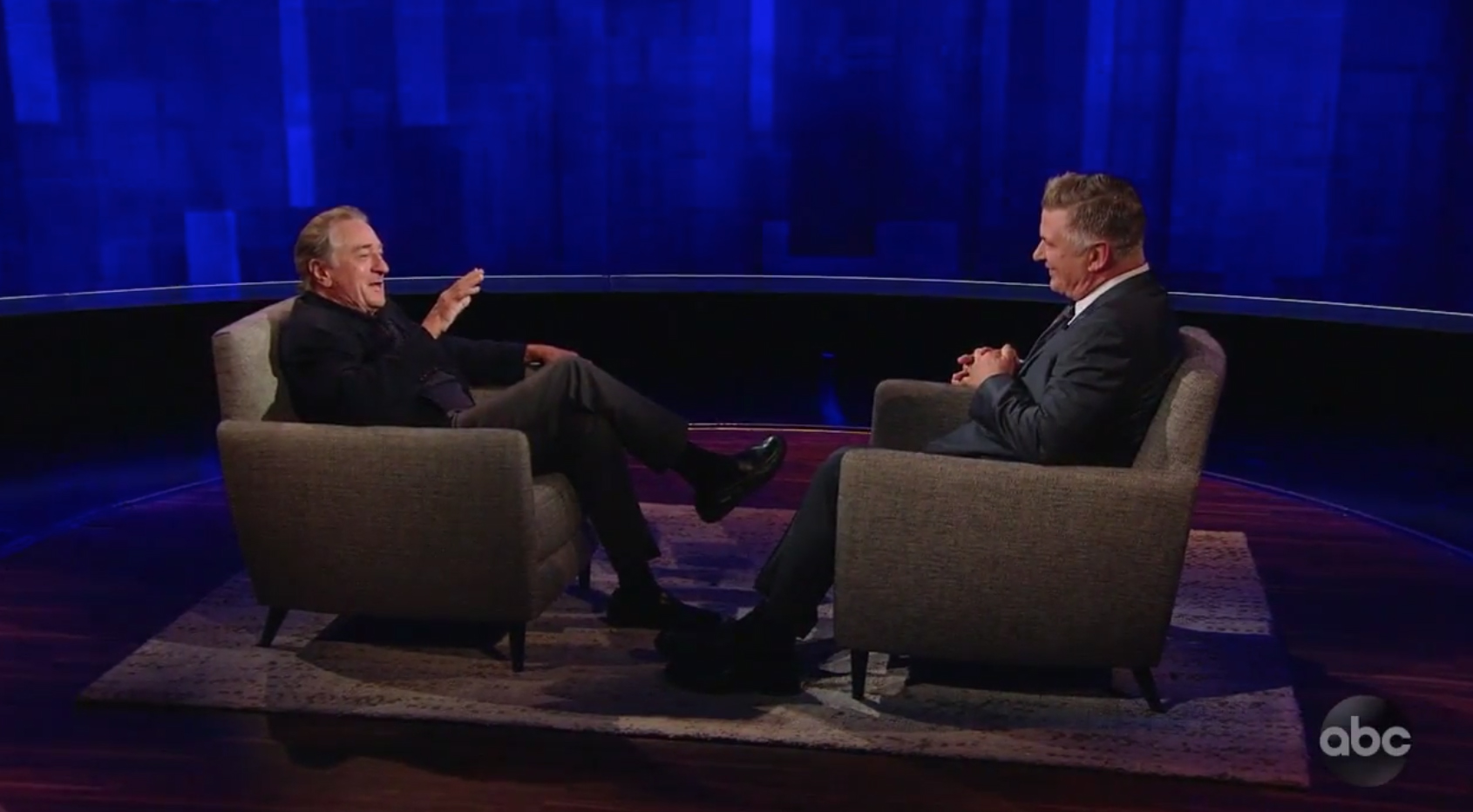 Baldwin’s taped interviews are staged in front of a simple curved background that borrows the bar effects from the show’s title card. Atop the knee wall is a sliver of light.

Graphically, the show’s open features jazzy background music and caricatures of Baldwin in some of his biggest roles. 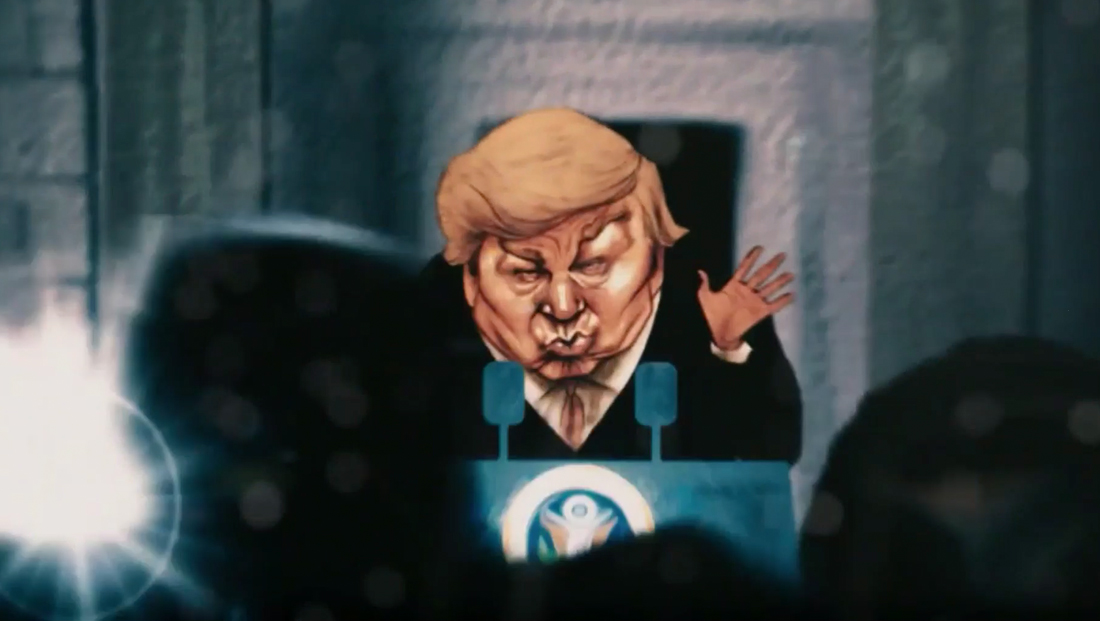 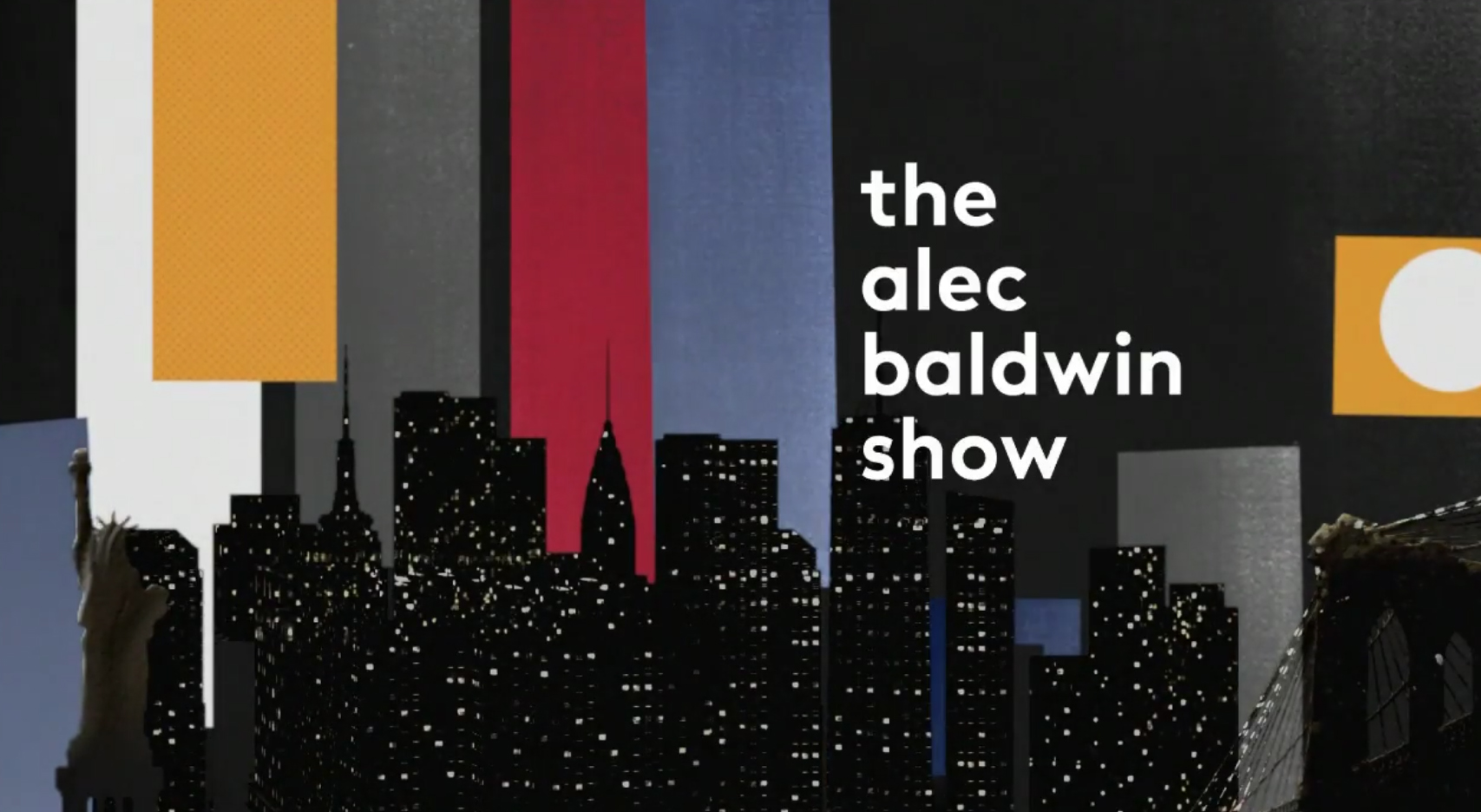 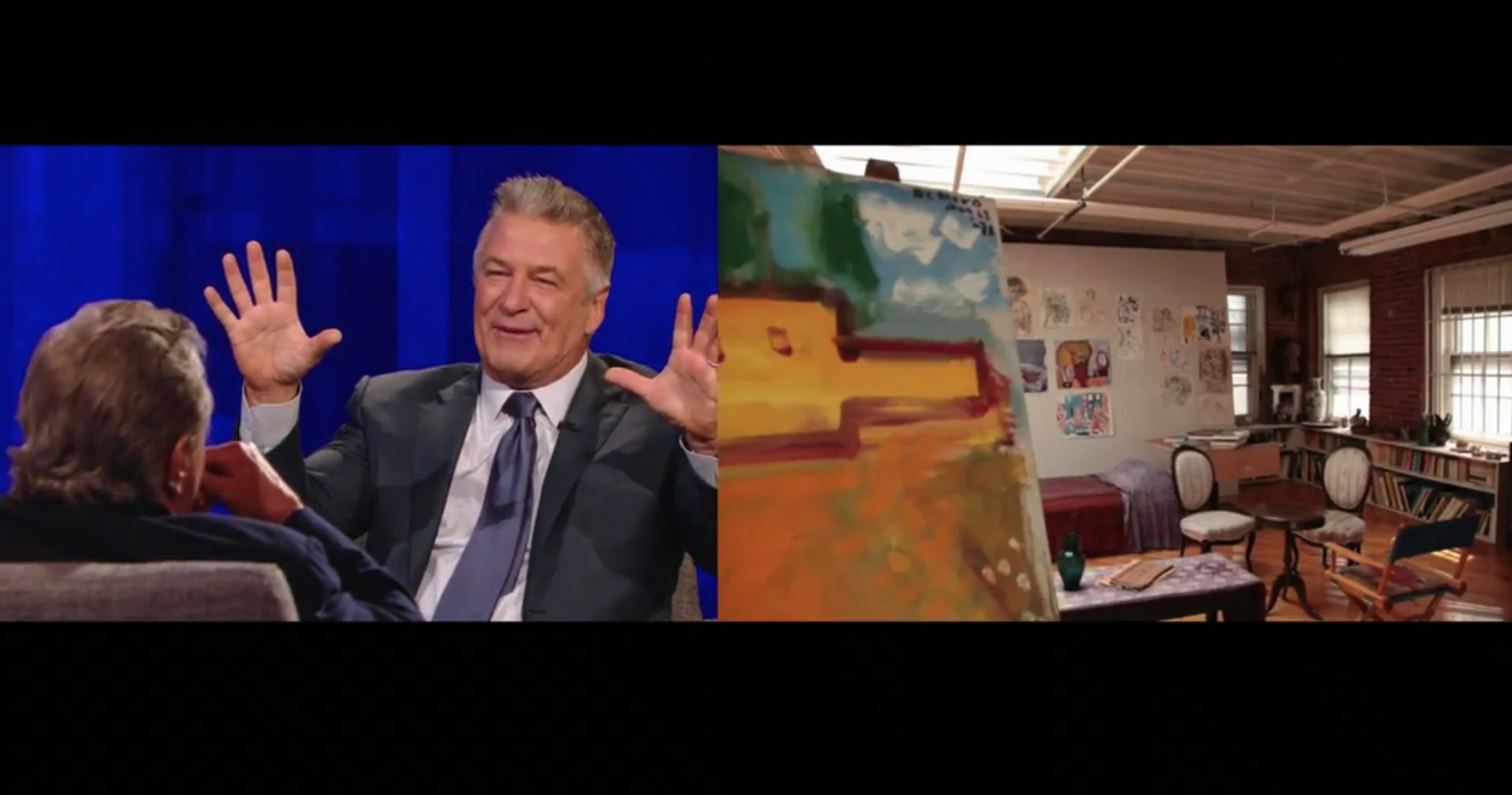 The show uses a split-screen layout to showcase B-roll footage about interview subjects — with a black letterbox-style layout.