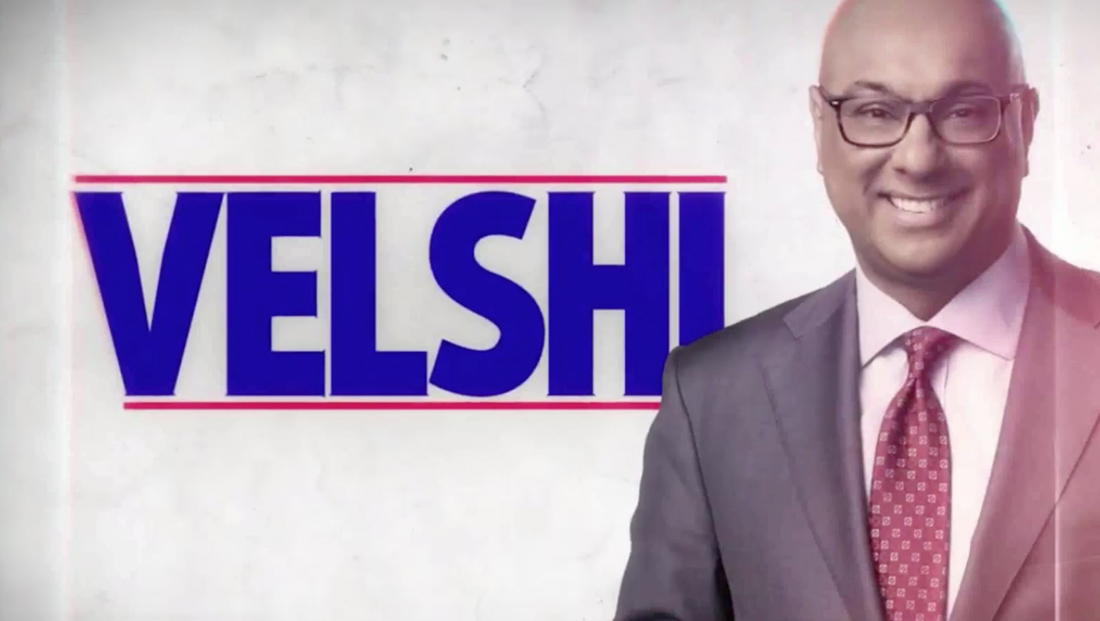 MSNBC debuted the new weekend show helmed by anchor Ali Velshi Saturday, Feb. 15, 2020 from Studio 3A — and the show had its own unique look, sound and leveraged significant production values that used most parts of the space that made it a standout among typical network weekend programming.

Branded as simply “Velshi,” the show has its own distinct logotype, music and open as well as customized in-show graphics.

The two hour block kicked off with an extended open that focused on key numbers from the news and gave an overview as well as the date and east coast time and reference to 30 Rockefeller Plaza.

Velshi stood in various locations of the MSNBC side of Studio 3A — including kicking off the show from in front of the blocky freestanding video wall installed in 2016 that replaced the studio’s original rear projection screen from when the space debuted in 2007.

He also used the large video wall “corner” that was also updated in 2016 as well as the floor to ceiling video wall and smaller curved ribbon added in 2018.

For a logotype, the show uses a bold version of “Velshi” with a thin line above and below.

This red white and blue motif ties in to the “MSNBC Live” look and is also used in many of the show’s fullscreen graphics.

For the video walls situated in the corner of Studio 3A, “Velshi” often used a stylized New York City skyline with a bold blue ribbon with repeating logotype with red lines and red base along with layered red, white and blue panels and large logos on the far left and right.

When Velshi is seated at the anchor desk for interview segments, 1 World Trade Center appears over his shoulder. 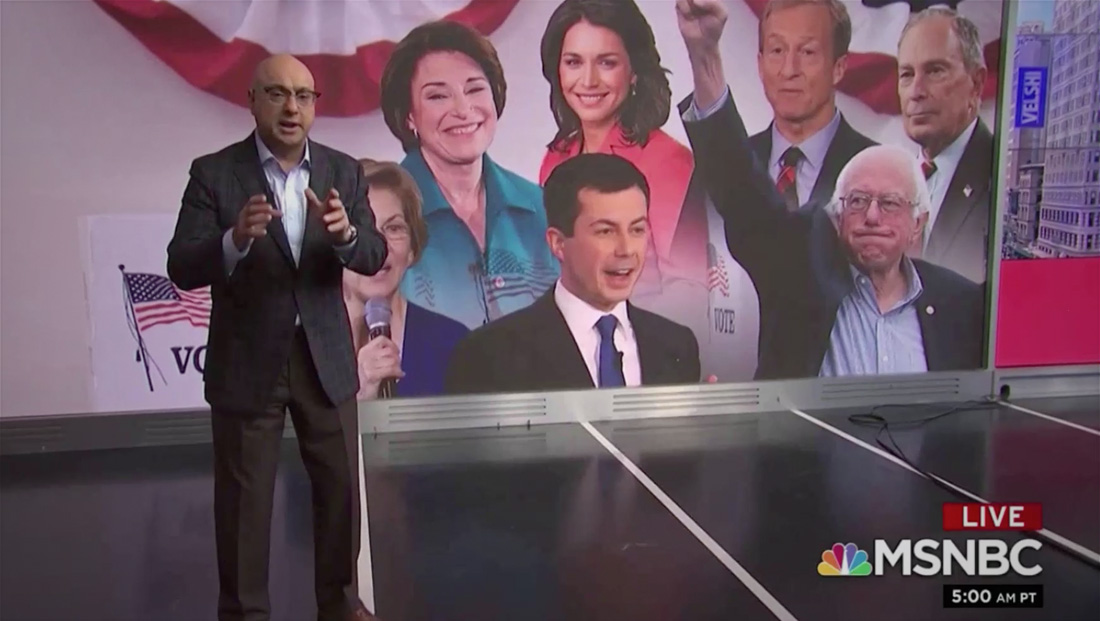 The show also makes use of large topical graphics that took over many of of the LED surfaces in the space.

In late 2019, MSNBC announced that Velshi would move off his regular weekday timeslots in favor of a weekend show.