MSNBC has been working behind the scenes to update one side of Studio 3A, its primary home at 30 Rockefeller Center, ahead of this year’s midterm elections.

For the past few weeks, shows like “Deadline: White House” and “The Rachel Maddow Show” have temporarily relocated throughout the building to spaces such as Studio 4E.

On Monday, Oct. 22, 2018, the changes hit the air with the most visible change coming in the form of the removal of Studio 3A’s balcony, an original feature of the studio that provided a unique position for weather presentations and analysis. 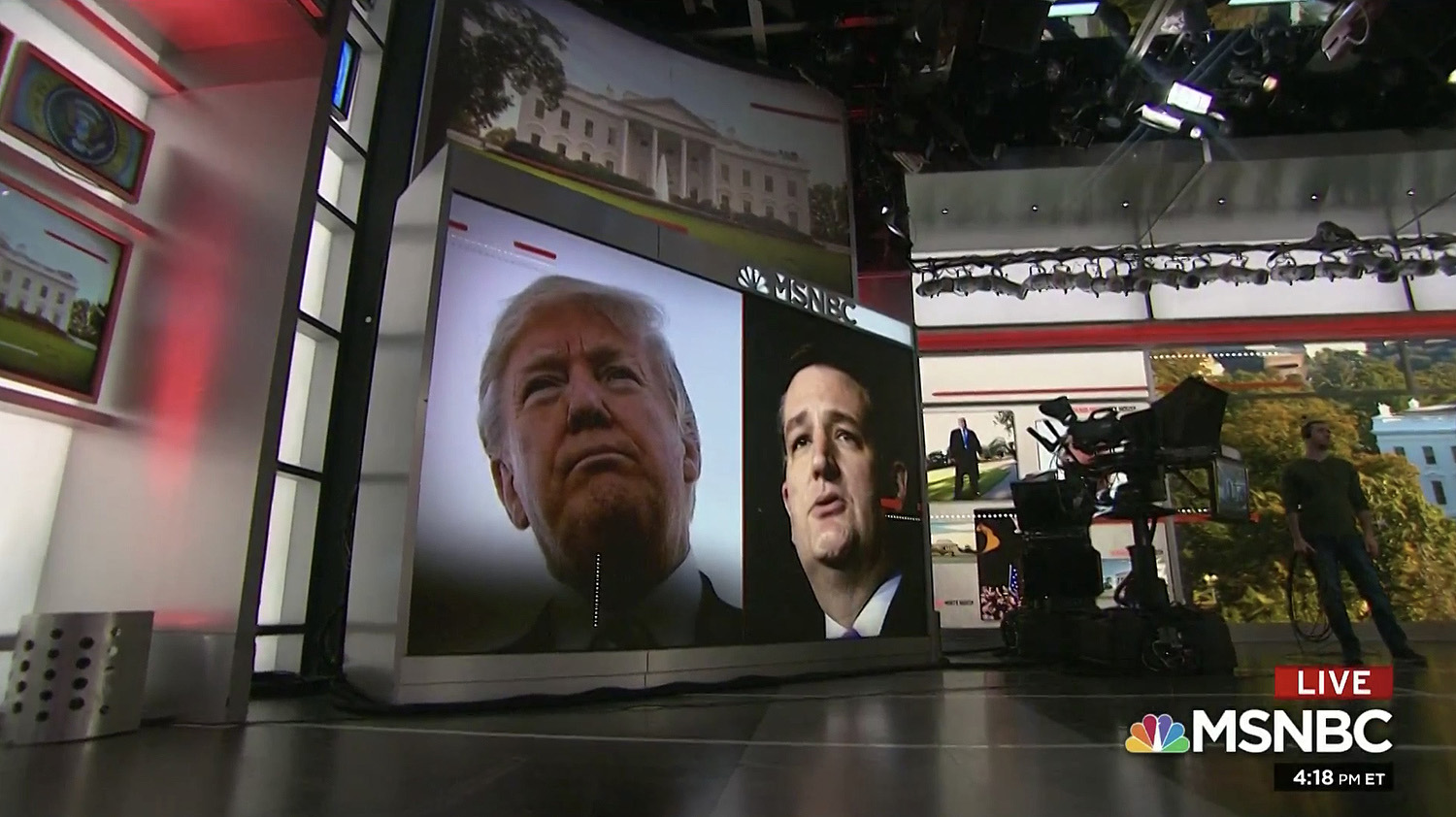 The balcony had rarely been used in the past year, with the network favoring the large expanses of LED video walls for storytelling.

The south wall of the studio was also updated with the addition of LED video panels replacing backlit areas and a monitor array, matching the renovations from summer 2016.

A unique feature of this new wall is an LED panel which curves to connect the floor-to-header LED wall with the plexiglass divider that separates the newsroom area from the broadcast space on the west end of the studio. This display provides unique on-air opportunities, such as using the panel to bring remote guests to the discussion on “Deadline: White House.” 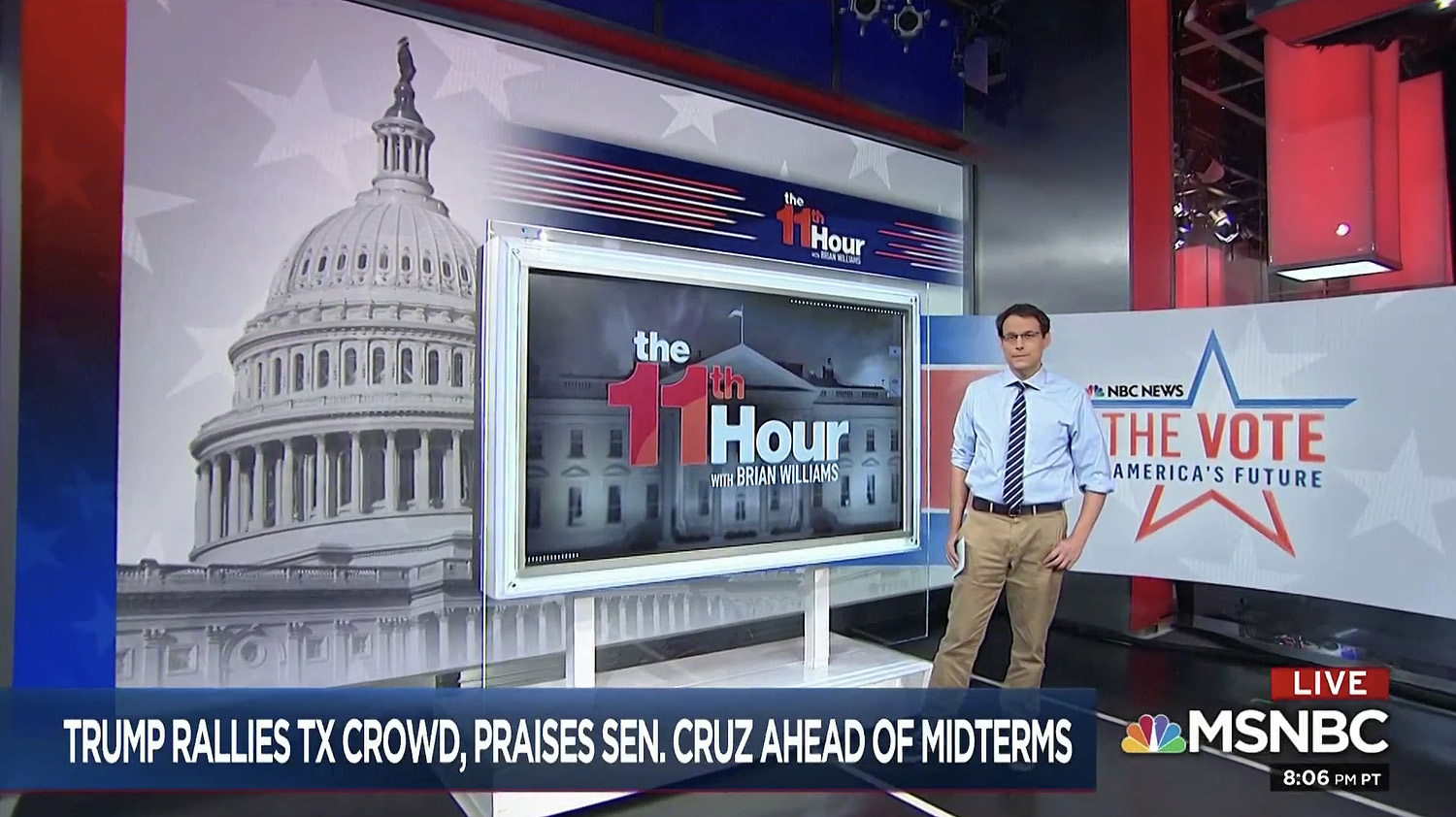 On “The 11th Hour,” this area was used for additional branding during Steve Kornacki’s “The Vote: America’s Future” data analysis segment featuring the mobile touchscreen monitor.

The opposite side of Studio 3A, which shares the 3A designator, is home to “NBC Nightly News” and was last updated in July 2017.