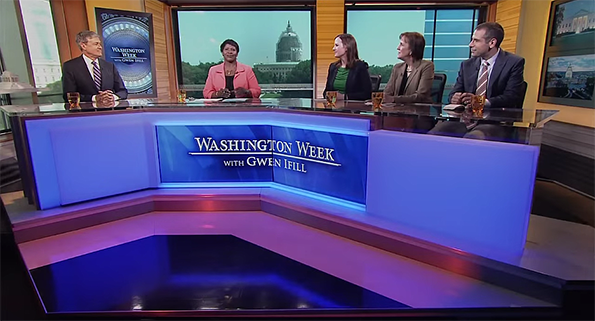 During the show, hosting Gwen Ifill called the move “temporary” as renovations are completed in the show’s normal studio at Washington PBS affiliate WETA-TV.

The studio was customized for “Washington Week” using the on-set video panels as well as installation of a branded stripe running across the window behind Ifill’s position. The Capitol set is often used for guests during NBC/MSNBC programs and for special coverage, such as during the State of the Union. Roland Martin’s “NewsOne Now” on TVOne also uses the studio.