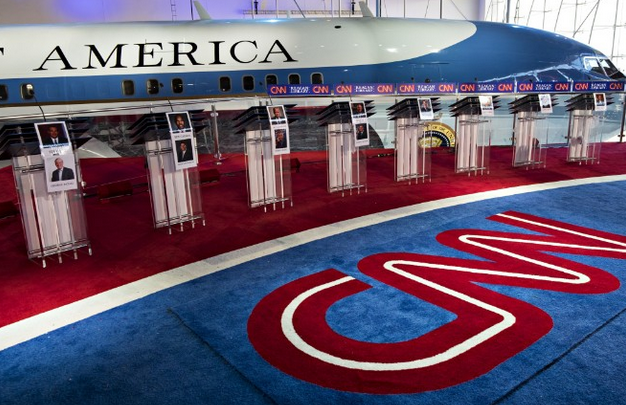 As CNN prepares for tomorrows GOP Debate at the Ronald Reagan Presidential Library in Simi Valley, California, the network shared this quick time lapse of the set assembly.

The debate set, from Clickspring Design, uses Air Force One as its backdrop and was constructed over a Marine One helicopter. The podiums will look familiar, as CNN has used them for a few election cycles.

CNN’s Jake Tapper also took viewers on a tour of the setup on his Sunday talker, “State of the Union.”

The primetime debate, featuring 11 candidates, airs at 8 p.m. ET, with the undercard at 6 ET.