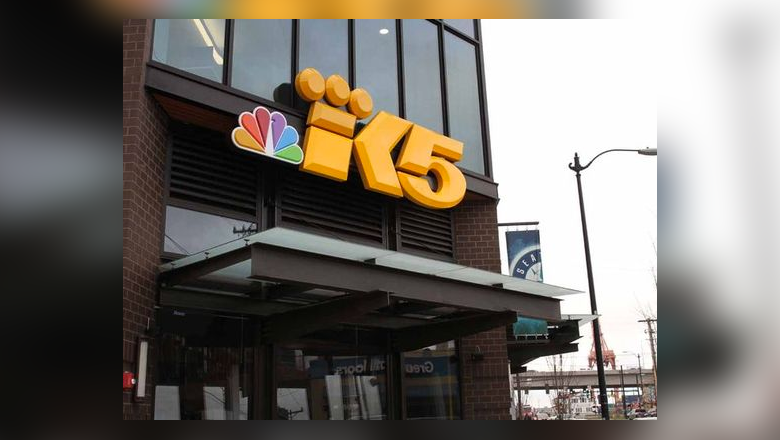 Tegna’s KING-TV in Seattle is prepping to move to a new building — and will forgo some newscasts in order to allow time for rehearsals.

Despite being at the start of February sweeps, the station is pre-empting the morning news on its sister station KONG-TV from 7 to 9 a.m. as well as the noon news on its own air. In addition, the re-airing of the noon newscast on KONG-TV will also be pre-empted. Large “K5” logo pieces waiting to be mounted on the building

The reason given is to allow “producers, directors, and anchors rehearse with our new technology,” according to the station’s website.

The station will also be airing repeats (or, as it puts it “some of our favorite episodes”) of its lifestyle show “New Day Northwest” until Feb. 15. The NBC peacock before being mounted

During the transition period, the station’s primary morning news from 4:30 to 7 a.m. as well as its early evening and evening newscasts will not be affected.

The station is moving from its longtime home a South Lake Union to Home Plate Center, a two building office complex in the SoDo neighborhood. Interior signage with the required “A Tegna company” tagline

The decision to forgo production of some newscasts for such a long period is a bit unorthodox, though understandable. The station likely figures any money it will lose from not airing news during these less popular dayparts will be made up for by savings from having to pay crew for extra training and rehearsal time. Plus, keep in mind the stations will still air programming (though what, exactly, isn’t clear) during the time and likely be able to collect some ad revenue from that.