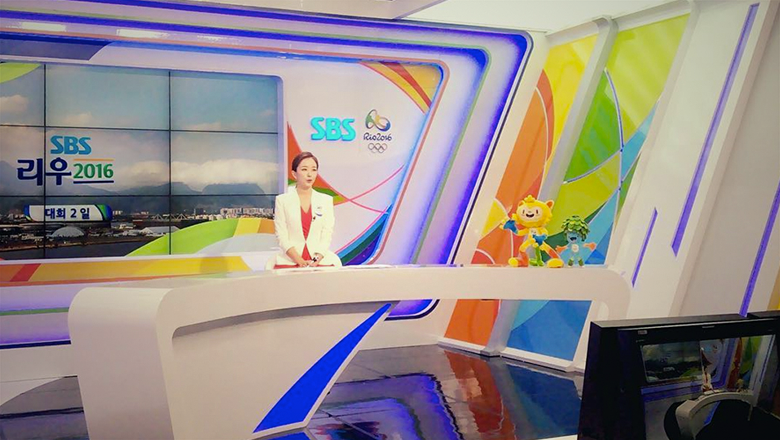 SBS (에스비에스), the South Korean broadcaster for the 2016 Rio Olympics, uses a set with sharp and dramatic angles for its coverage of the games.

The set uses white angled surfaces accented with bold colorful lighting and panels to create a fresh look that also incorporates much of the vibrancy of the games — as well as the South American flair. Perhaps most notable, however, is the prominent location that figurines of the Rio mascots, Vinicius and Tom — who perch right on the presenter’s anchor desk.