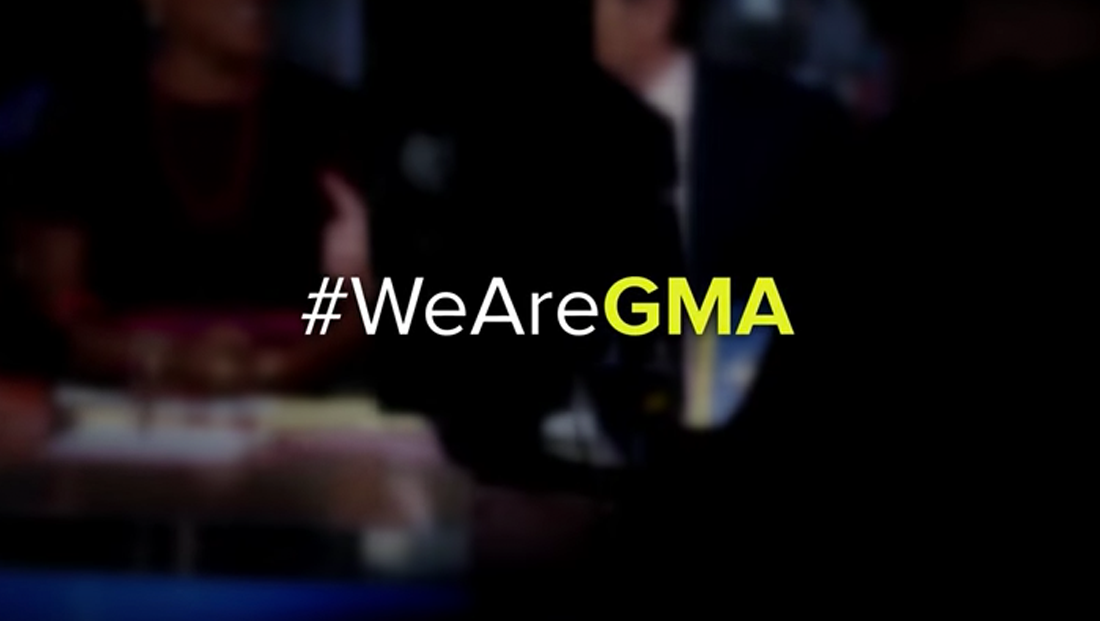 The new spots have been airing for the past month and featuring Ray Charles‘ classic song “Oh What A Beautiful Morning.”

The song plays over a series of on-set and behind-the-scenes footage of the morning show’s team of Robin Roberts, George Stephanopoulos, Lara Spencer, Michael Strahan, Amy Robach and Ginger Zee.

The full version of the promo is below, but shorter cuts are used on air throughout the day.

The spots end with the “#WeAreGMA” hashtag and show’s logo.