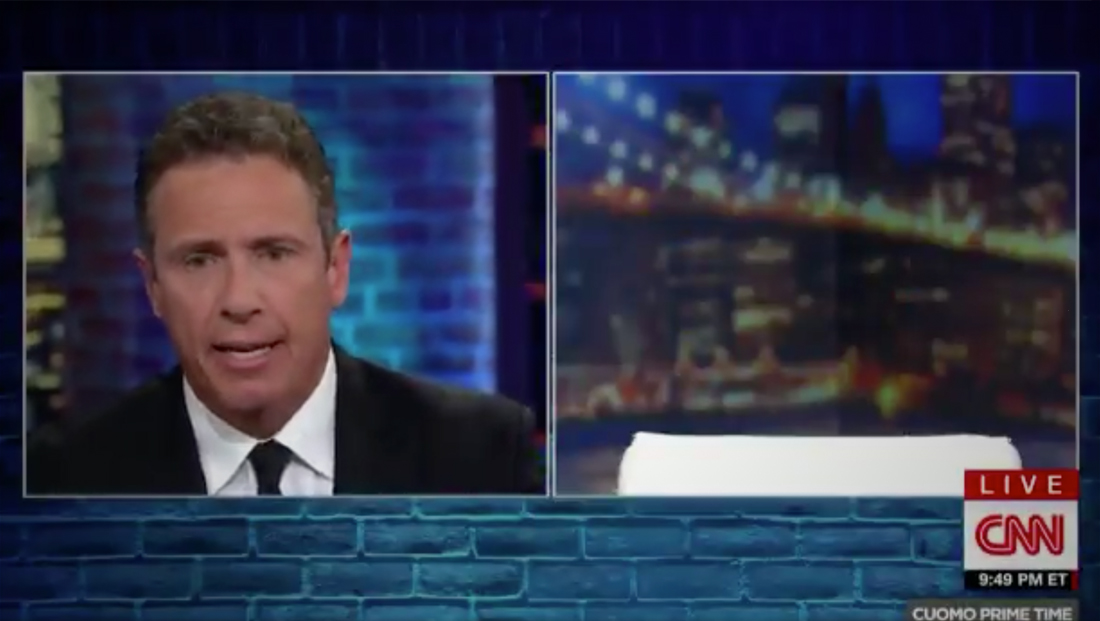 When CNN anchor Chris Cuomo tossed to a preview of “CNN Tonight,” the box normally occupied by Donald Lemon was nothing but an empty chair.

Turns out, Lemon snuck into Cuomo’s studio, surprising the “Cuomo Primetime” anchor with a birthday cake.

In the short sequence toward the end of “Cuomo Primetime,” it’s business as usual for Cuomo at first, saying “‘CNN Tonight, just minutes away, Don whaddya got…?”

Cuomo appears to see the empty box where Lemon’s face normally would be on an off-camera monitor and gets a puzzled look on his face.

Just as Cuomo starts to say “Maybe this is a metaphor for…,” Lemon enters carrying a birthday cake with lighted candles singing “Happy Birthday.”

Lemon eventually sits down at the anchor desk and the two engage in a rather lengthy discussion about their self proclaimed “bromance,” with Lemon sneaking in few teases to his show in the banter.