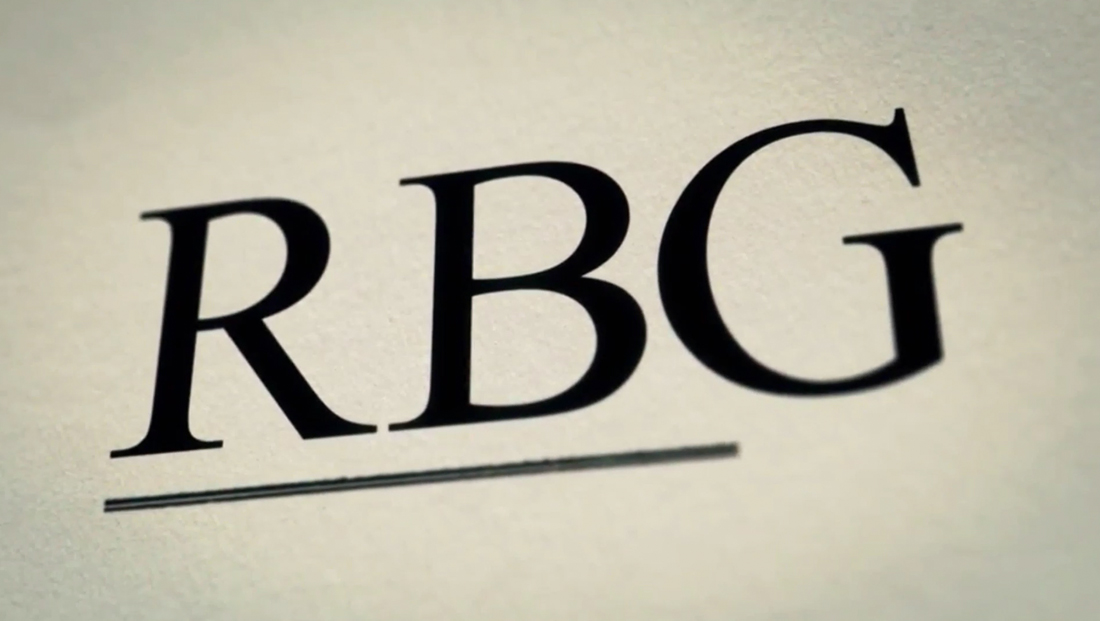 The documentary, which debuted on Labor Day, Monday, Sept. 3, 2018, starts out with a dramatic cut from “The Barber of Seville Overture” by Gioachino Rossini.

The production is a look at Supreme Court Justice Ruth Bader Ginsberg, whose initials gave the film its name. 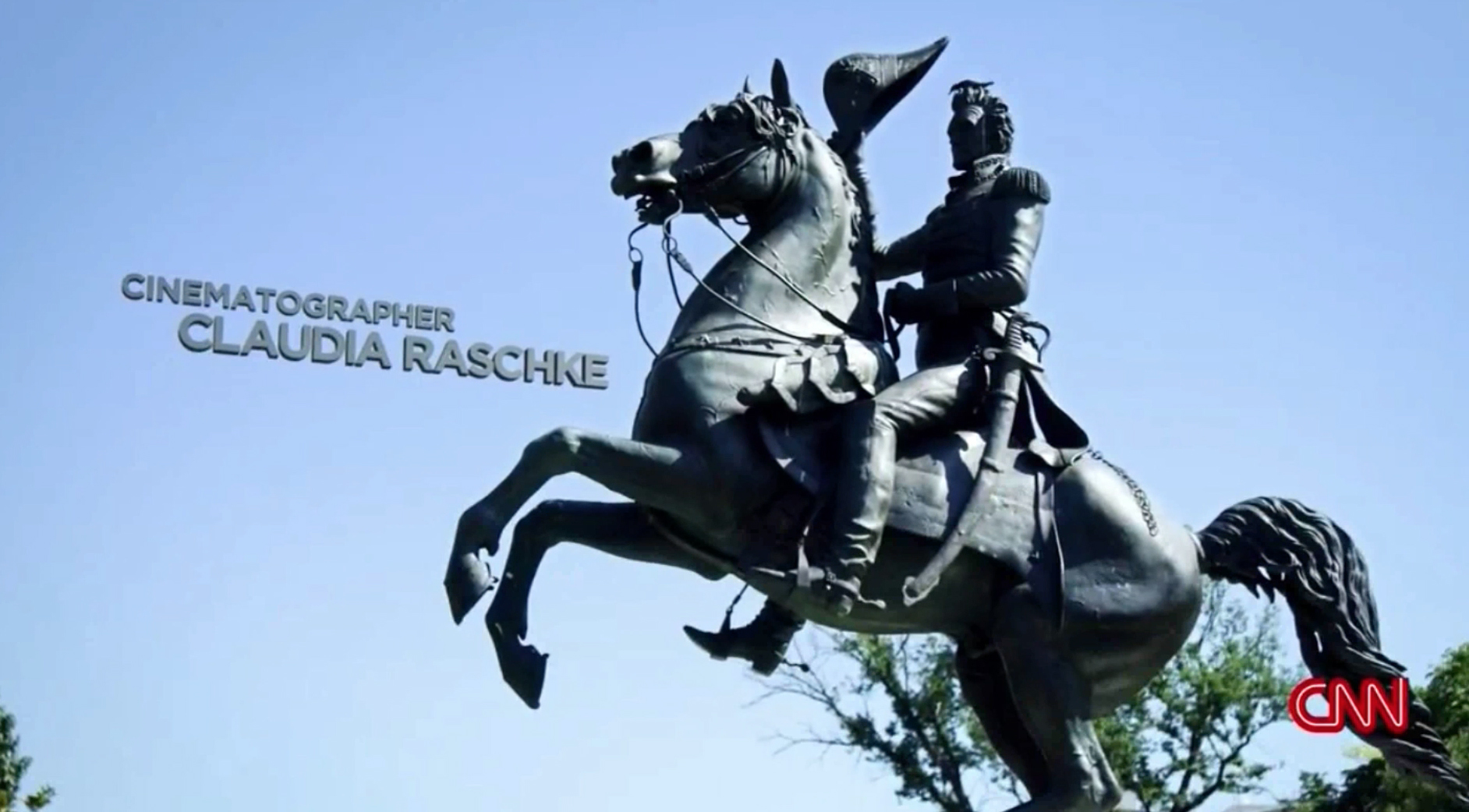 The open then blends shots from around Washington, D.C., with 3D typography crediting the documentary’s key creative team.

The film then cuts to a combination of shots of stoic statues as audio from commentators describe Ginsberg as a “disgrace,” a “witch” “vile” and a “zombie.”

Ginsberg “hits back” at these comments, however, thanks to a soundbite from an interview conducted for the film.

After these clips, a fullscreen graphic with the letters “RBG” rendered on 3D paper appears on screen in a serif font and an underline accent.

“The Bullpen” by Dessa is then used as background music behind shots of Ginsberg working out. 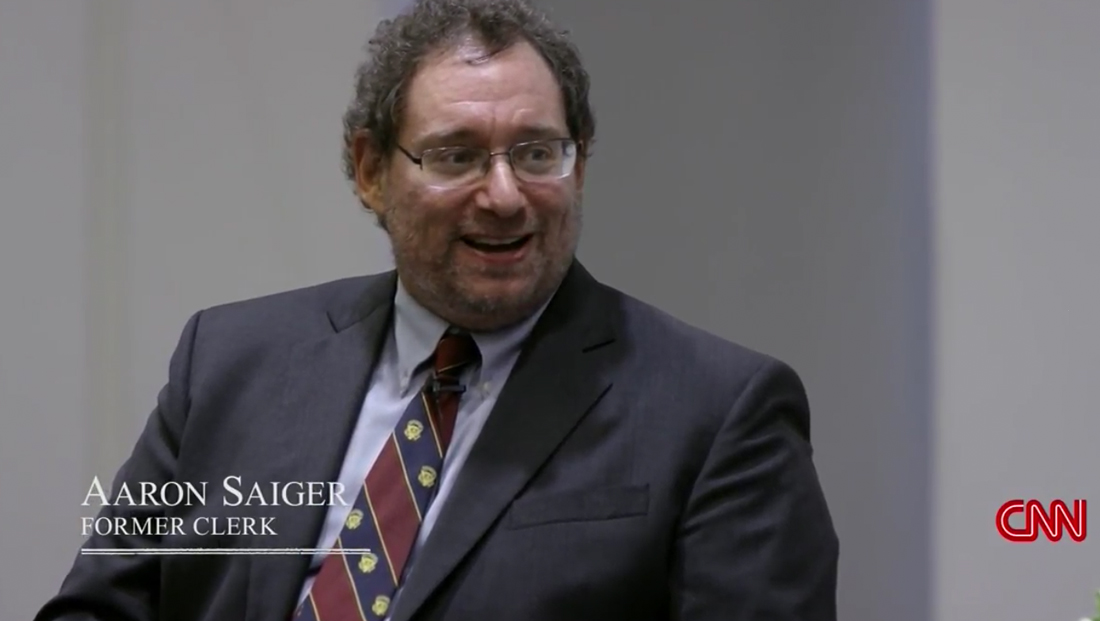 For lower thirds, the documentary uses a simple serif typeface with a textured, double underline accent.

In promotional materials for the documentary, CNN went even more “bad ass” — playing off the similarities of Ginsberg’s initials to rapper The Notorious B.I.G.’s stage name.