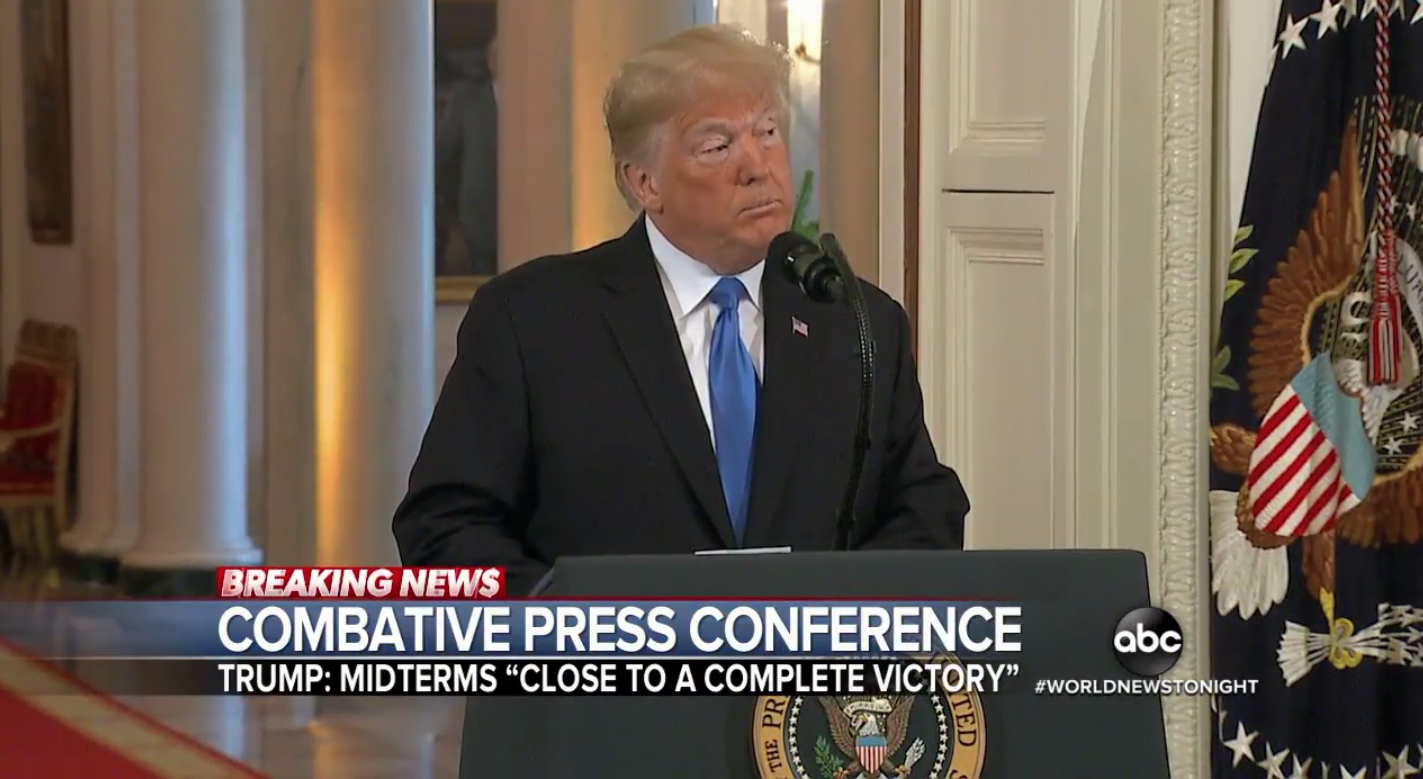 After a testy press conference Wednesday, Nov. 8, 2018 that included a heated exchanges between Donald Trump and multiple reporters, including, most notably, CNN correspondent Jim Acosta, whose credentials were suspended by the White House, the networks found themselves having to cover the presser itself.

#ICYMI: The White House is not happy with Jim @Acosta https://t.co/NEIy8JmbnW 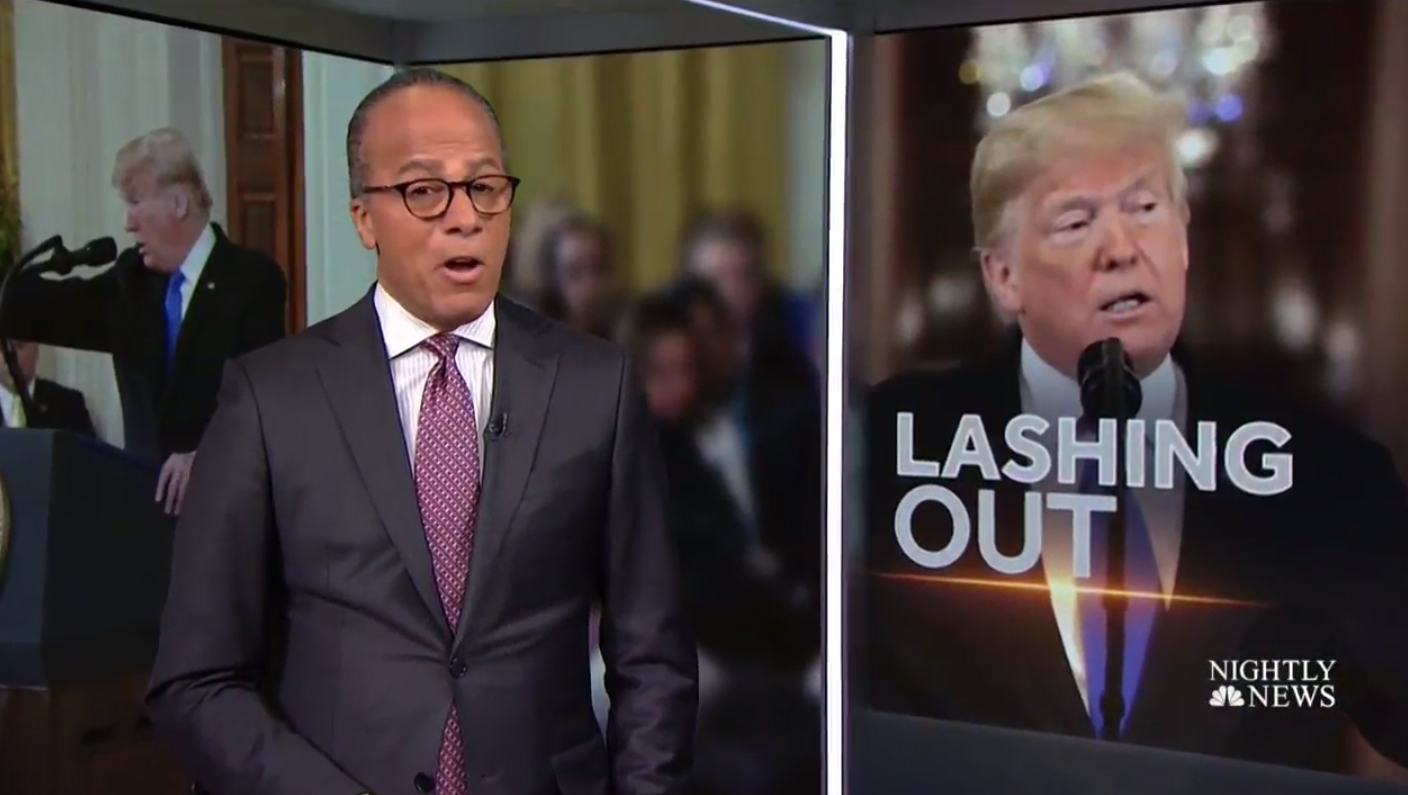 ‘NBC Nightly News‘ offered a full package on the press conference in general with the words ‘lashing out’ appearing next to Holt about six minutes in. The package described the presser as ‘feisty’ and ‘combative.’ During its package from Peter Alexander, the network referred to Jim Acosta only as a ‘TV correspondent’ — but then aired Trump’s own remarks that indirectly linked him to CNN. 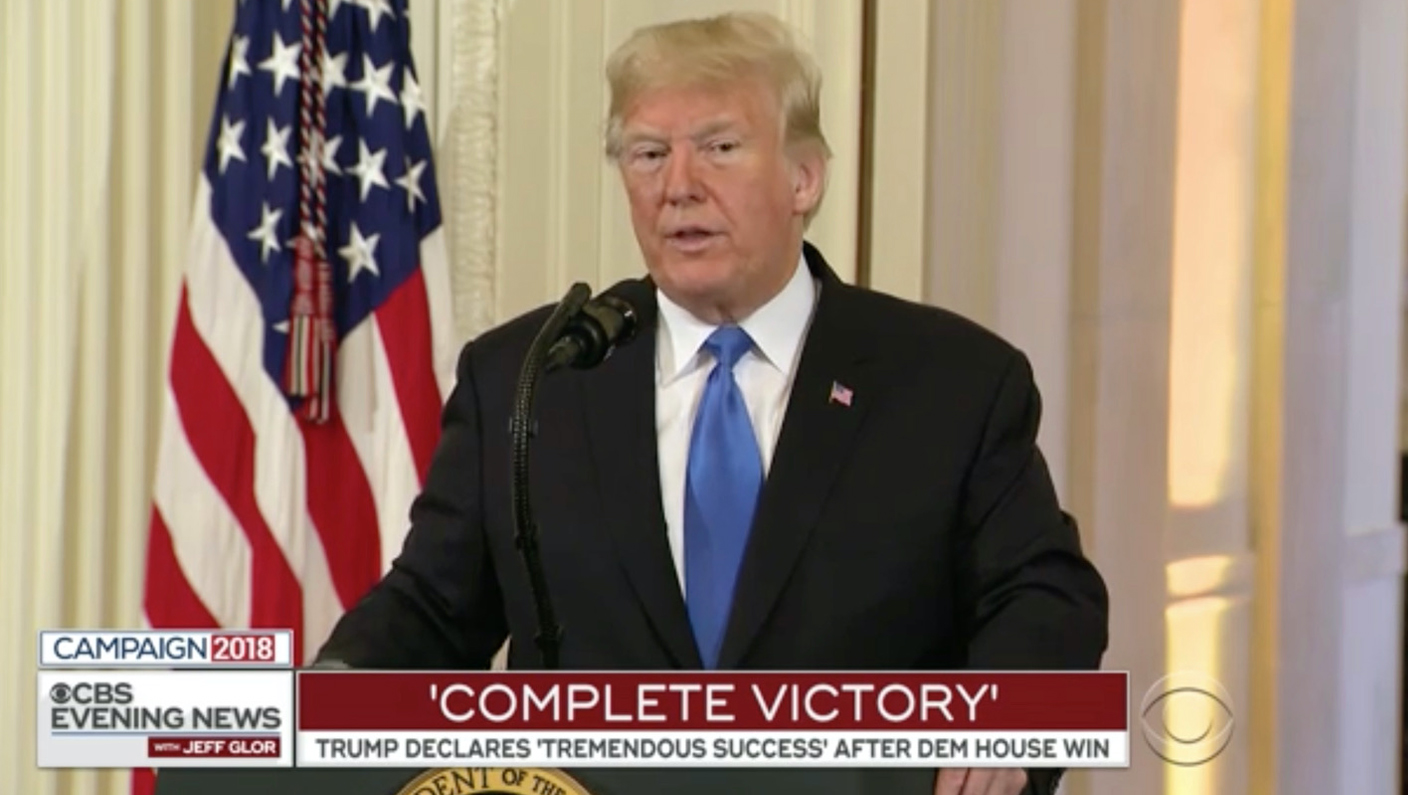 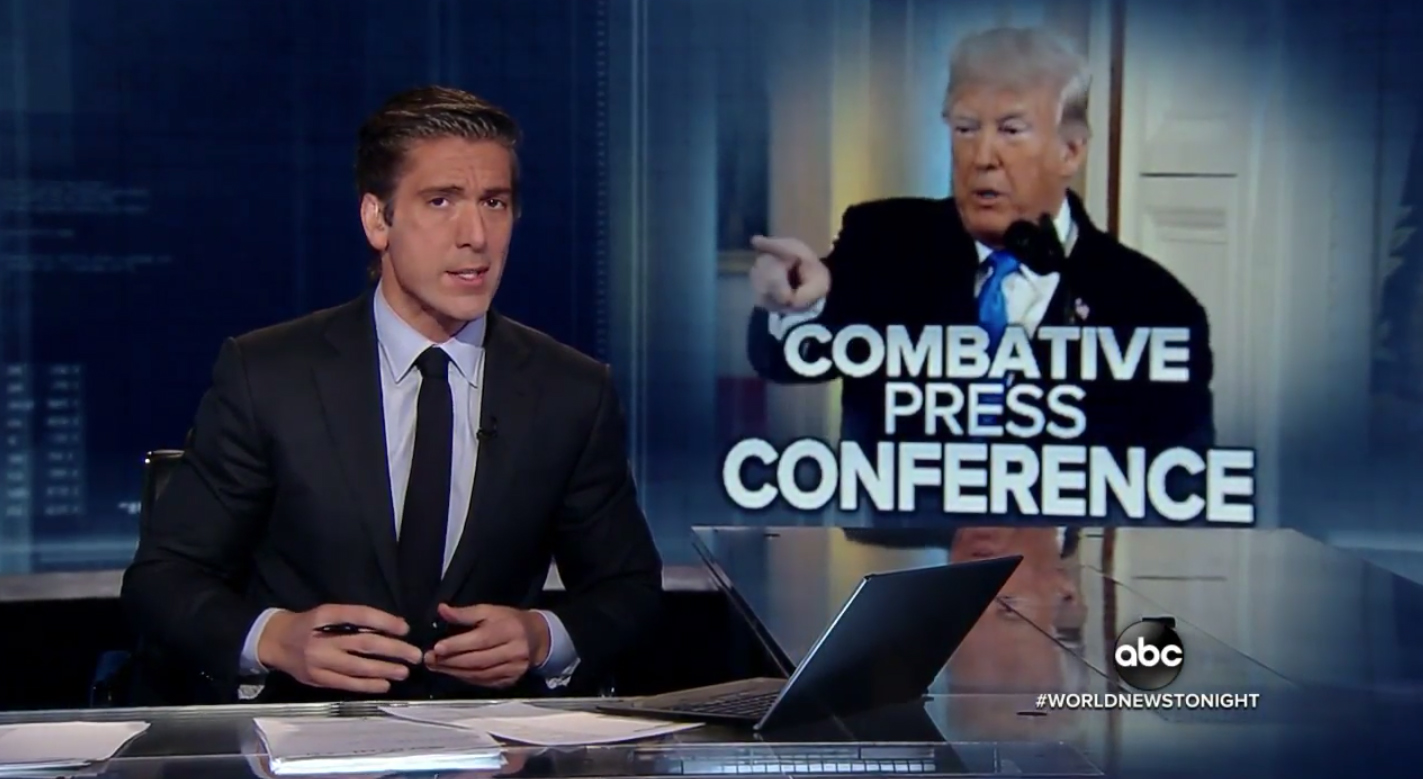 On ‘ABC World News Tonight,’ the network covered the press conference under the banner ‘combative press conference,’ but did not reference the Acosta exchange or mention any other network or correspondent, but instead focused on the overall tone of the event and the specific topics Trump addressed.