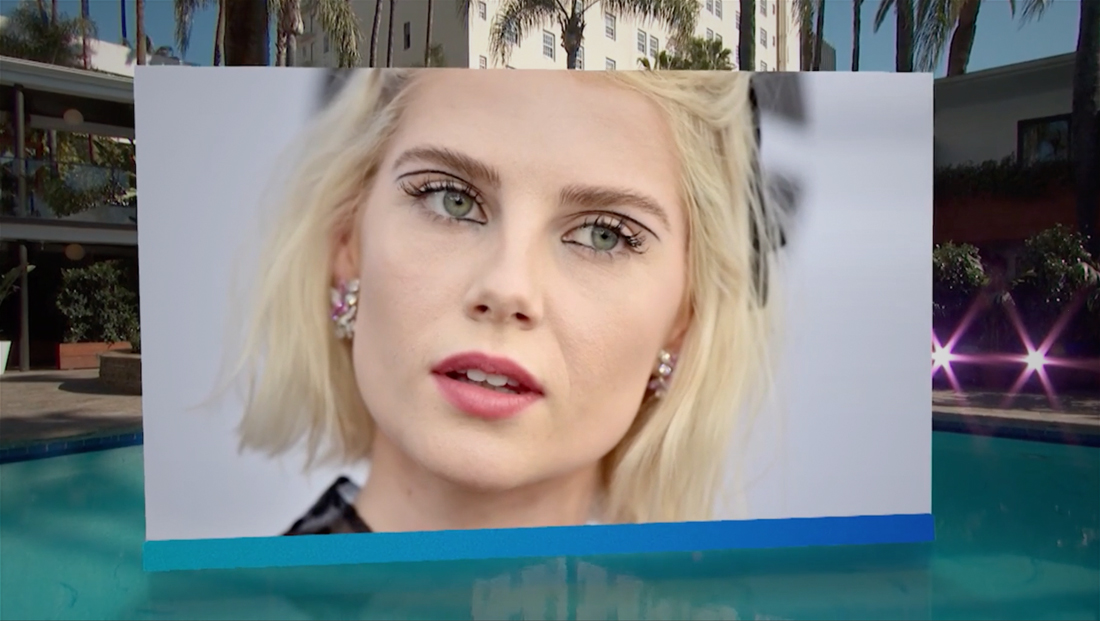 “E! Live from the Red Carpet” dipped its toe into the augmented reality pool for the Oscars — with 3D elements “floating” above a Hollywood hotel pool.

The network had a two-camera setup at The Hollywood Roosevelt, which lies a block or so southeast of the Dolby Theatre and has a small, rectangular outdoor swimming pool marketed under the name Tropicana Pool Cafe.

CGLA Studios and Full Mental Jacket partnered with E! to provide a variety of possibilities for augmented reality — though most of the shots using during coverage was used to showcase “floating” photos of celebrity fashion over the pool.

One of the camera positions at the pool was a PTZ setup using MoSys Vinten 70 Kit and a crane position using MoSys external CamMate kit for tracking. This was backed with Ross Video’s XPression to power the AR graphics.