This KTLA L.A. Dodgers promo is full of ‘kinetic’ animations 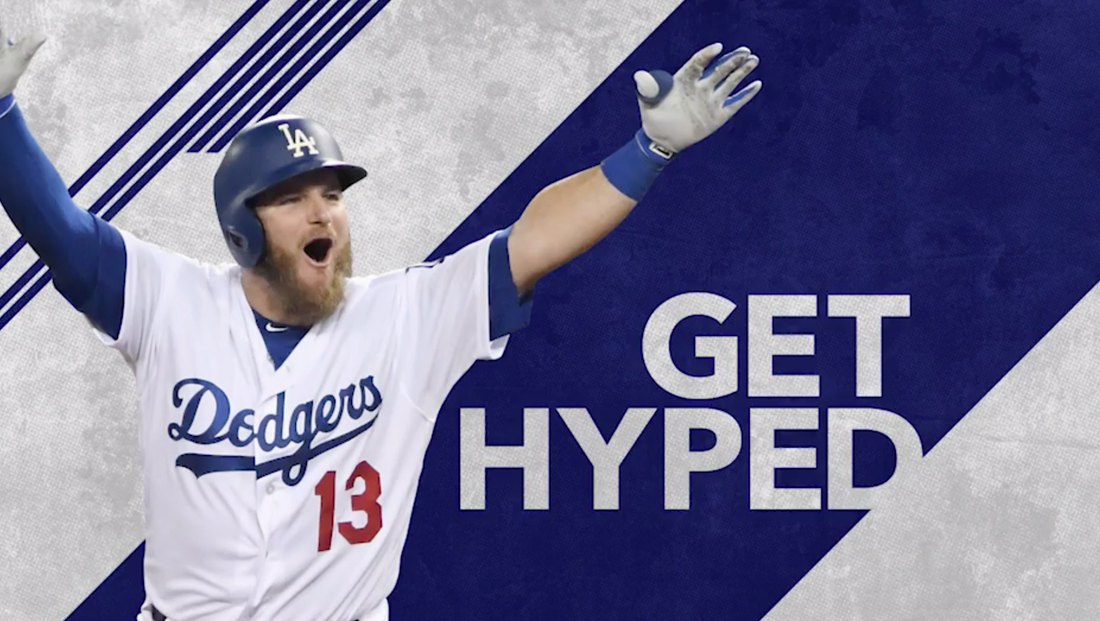 The spot which used Killer Tracks‘ “Get Money” from album “Trap 3” (CM127) as a base, centers around the theme “Go blue,” a reference to the team’s trademark blue color.

The words “Go blue” appear at the top of the promo with various letters morphing into expanded and normal width and becoming part of a tiled background.

Various game clips are framed by diagonal textured blue and gray accents — while thin lines with “plus signs” at the intersections frame other animated elements.

The station’s signature logotype with boldface “LA” as well as the intersecting “LA” Dodgers cap insignia are also stretched and morphed with animation — as well as key phrases throughout the promo.