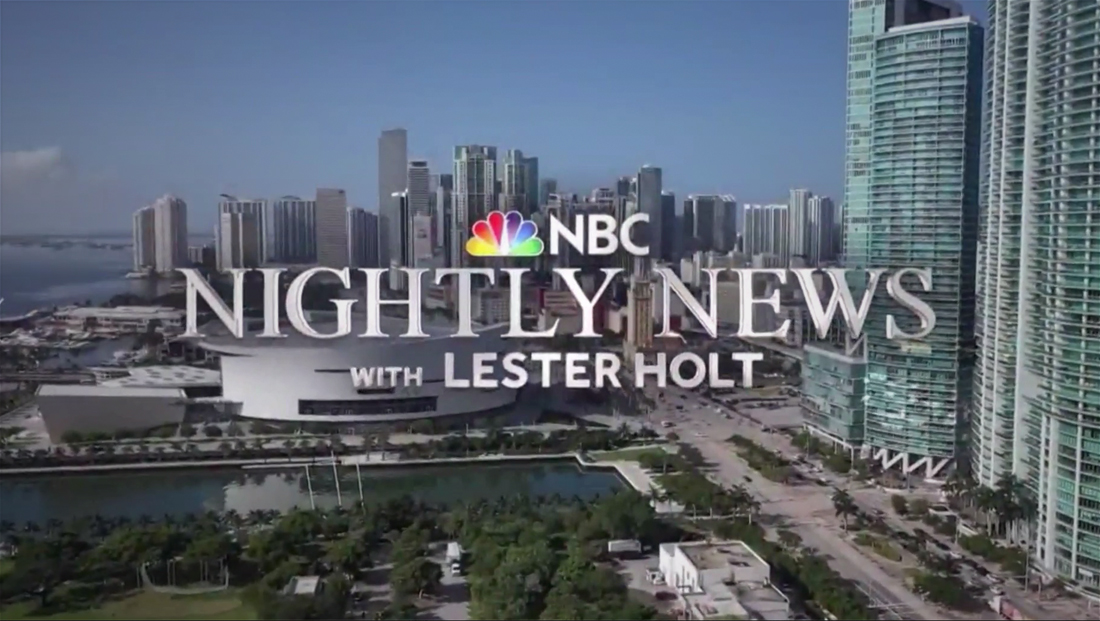 “NBC Nightly News” kicked off its Wednesday, June 26, 2019, broadcast from the stage of the first democratic debate.

Anchor Lester Holt stood on the stage of the Knight Concert Hall in the Adrienne Arsht Center for the Performing Arts among the lecterns.

A handheld camera shot gave viewers a sweeping view of the stage and auditorium — including the miniature fans and water bottles tucked behind each lecterns.

Meanwhile, the LED video walls installed on stage displayed the network’s Decision 2020 branding — with the camera shots framed to include them in strategically placed locations behind Holt.

After the opening segment, Holt anchored the rest of the broadcast from the “skybox” created off to the side of one of the auditoriums balconies.