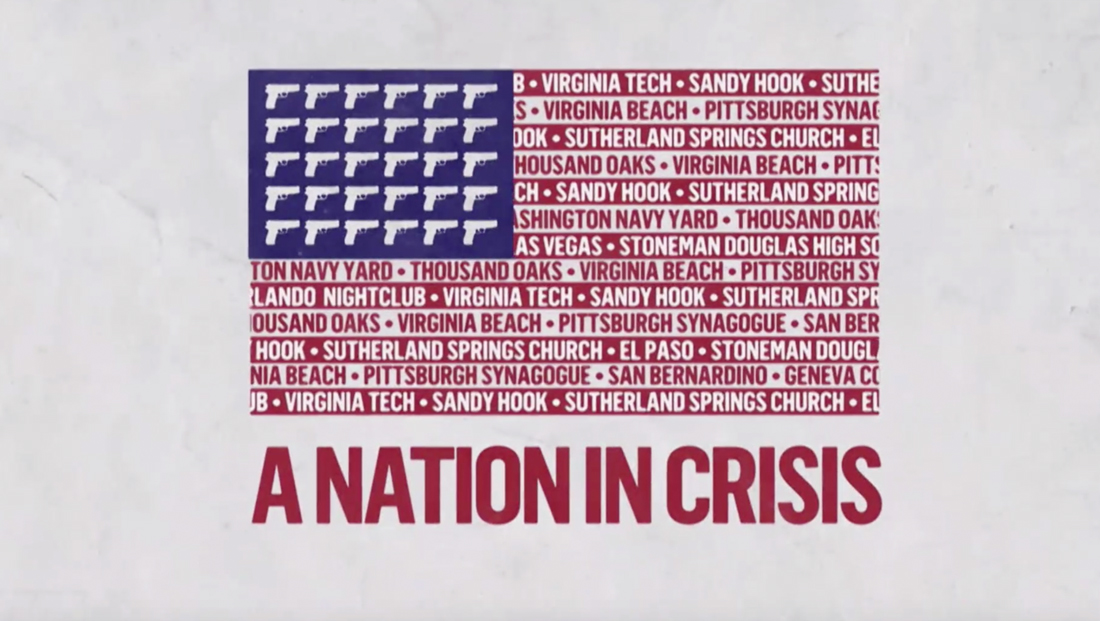 MSNBC aired a gun violence special that used an American flag motif combined with the names of mass shootings in the United States.

Although anchor Rachel Maddow was scheduled to be off, MSNBC had her, along with Brian Williams and Nicholle Wallace, host a special in place of her normal show Monday, Aug. 5, 2019.

Entitled “A Nation in Crisis,” the special had its own graphics including an American flag design that put the locations of mass shootings across the country as the stripes in the flag and white guns in place of the stars in the field of blue in the upper left. 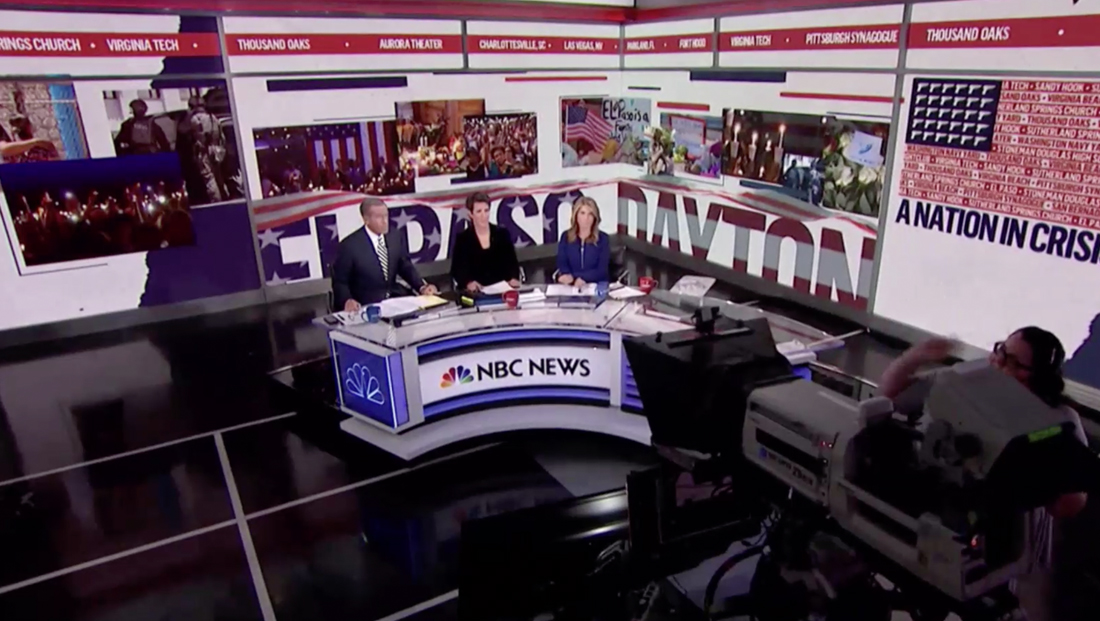 A matching graphic was used on the corner video wall on MSNBC’s side of Studio 3A that added in photographic elements. with red and blue bands.

Oversized versions of the words “El Paso” and “Dayton” ran along the bottom portion of the wall, with American flag imagery peeking through.

Additional names ran in a red band across the top of the video wall.

MSNBC also brought out the curved anchor desk with LED ribbon and glass accents for the three in-studio hosts and guests.

Correction: An earlier version of this article misidentified the title of the special.