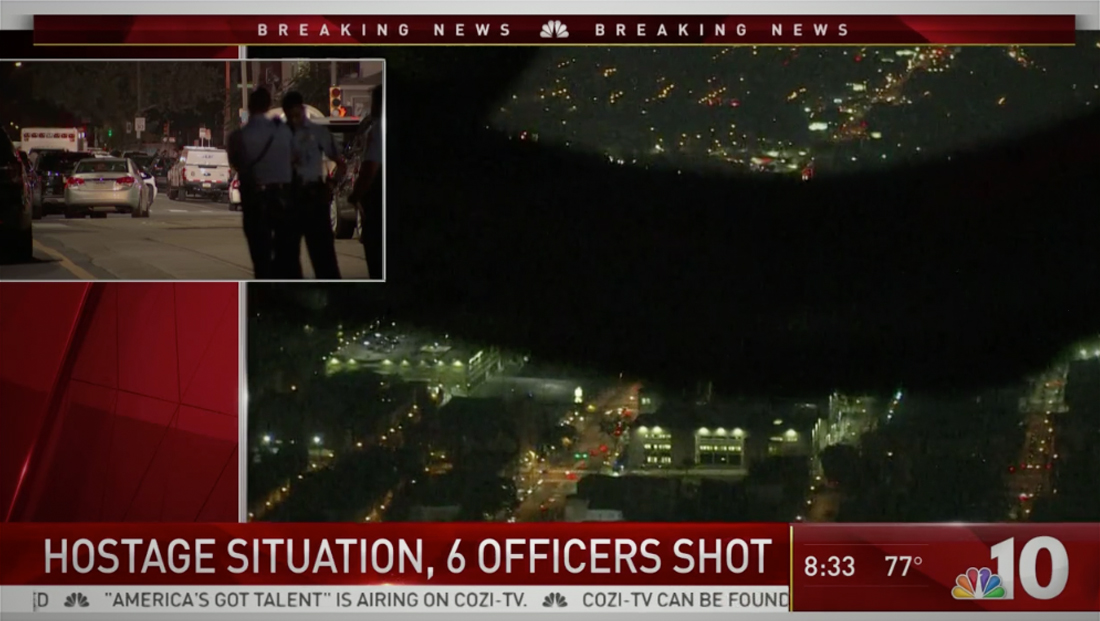 The shooting started around 4:30 p.m. local time, when the local CBS, ABC and NBC O&Os are all on the air with 4 p.m. newscasts, and continued well into the night.

All of the big three stations pre-empted their network’s respective evening newscasts to carry live coverage.

At least two stations shifted network primetime programming to subchannels, alerting viewers to tune in there via tickers and on-screen banners.

CBS O&O KYW moved primetime shows to the CW affiliate it owns in the market, while NBC O&O WCAU shifted shows to its Cozi TV subchannel.

The story also took a unique turn later in the night as a thunderstorm rolled over the city.

Because the standoff was taking place outdoors, the volatile situation likely felt the effects of precipitation and visibility issues the storm brought.