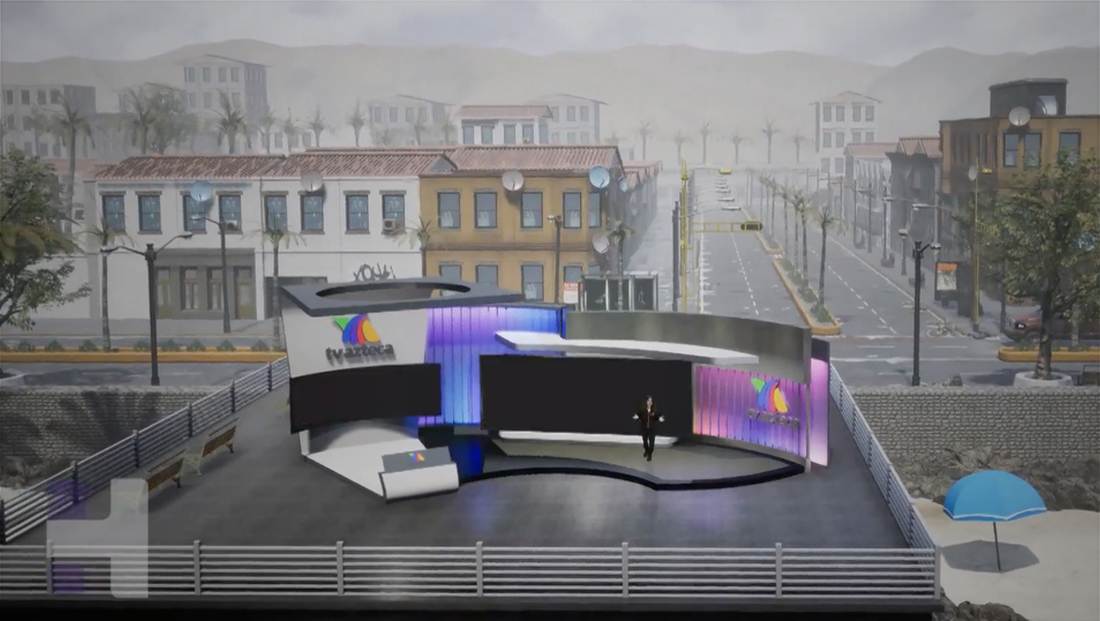 Azteca Noticias used immersive augmented reality to help illustrate the strength of hurricanes — and even “destroyed” a virtual version of its set to drive how the power of the storms.

The segment starts with the presenter standing on a virtual globe with a fleet of storms with “tracking” rings around them. 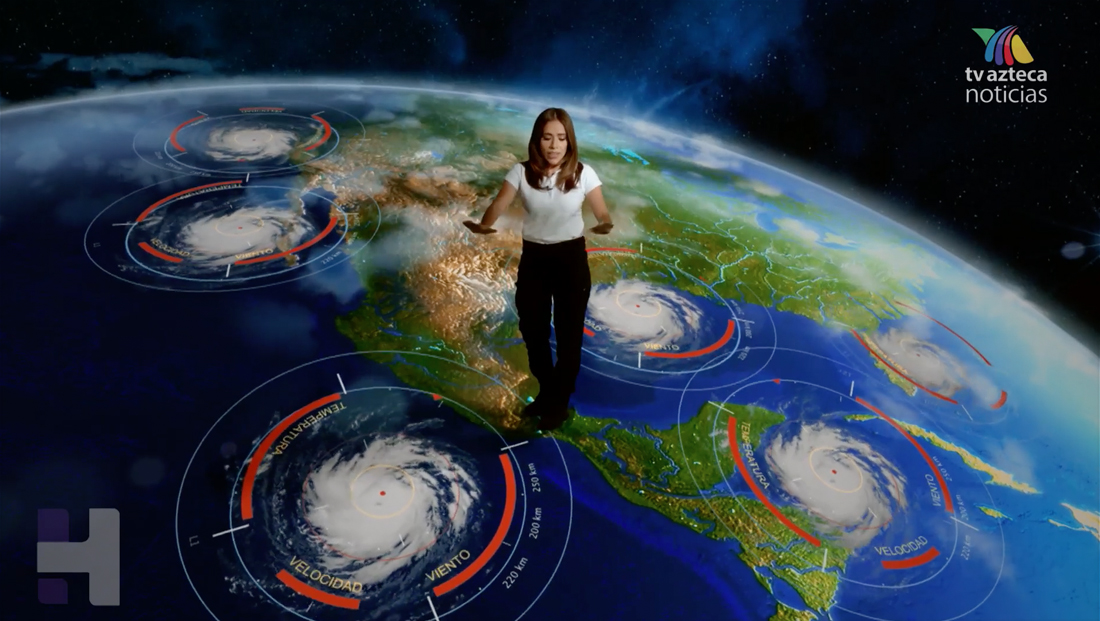 The view then switched to the network’s studio, with the globe graphic on the video wall behind her — and an augmented reality circular cloud formation coming out of the floor — as the talent begins zipping up her jacket. 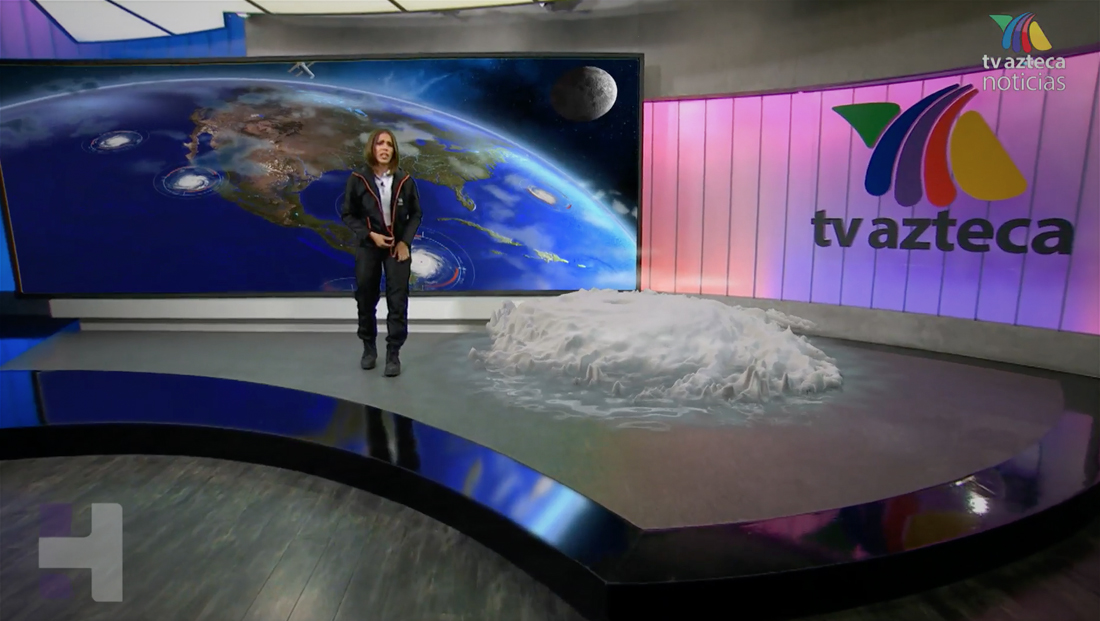 The reason for that jacket soon becomes clear.

Next, the segment switches to a wide view of a portion of the set that now appears to be set up on the roof of a building as a storm approaches.

Explainer text is inserted into the header of the “set” while, as the “storm” causes power failures, the video walls on the set flicker. 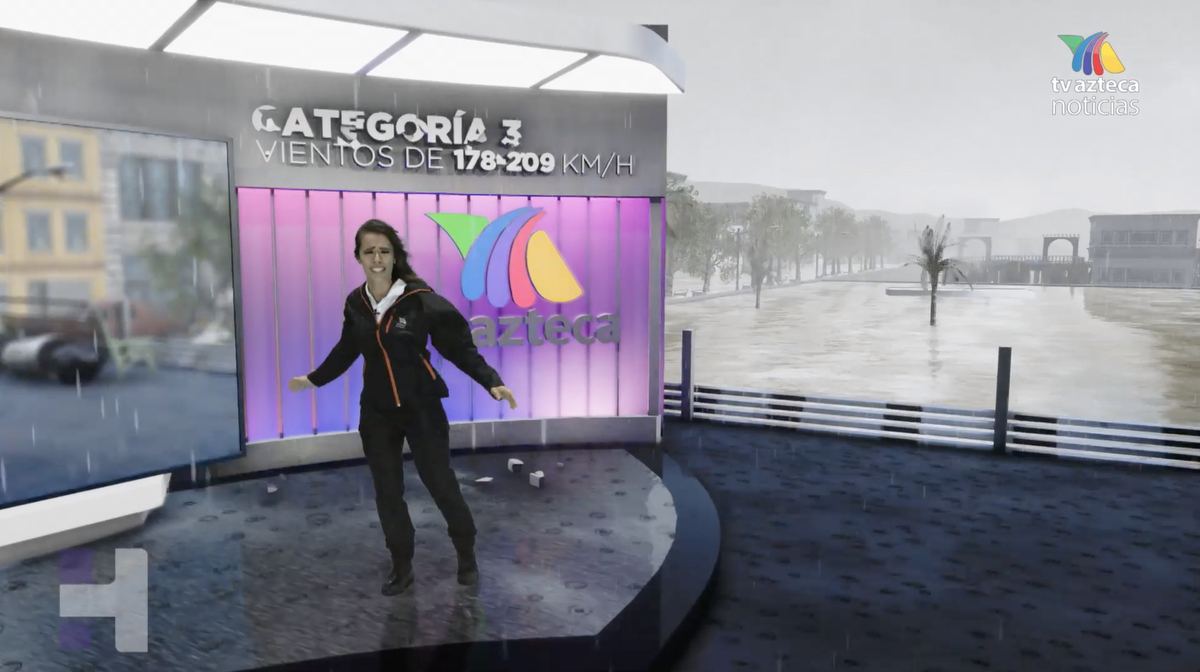 Next, a 3D model of a billboard with more key facts falls over thanks to the wind, as rain and weather begin to “destroy” the Azteca Noticias set, with the walls and header breaking off and flying away.

The segment ends with the set magically back intact along with additional floating 3D text.