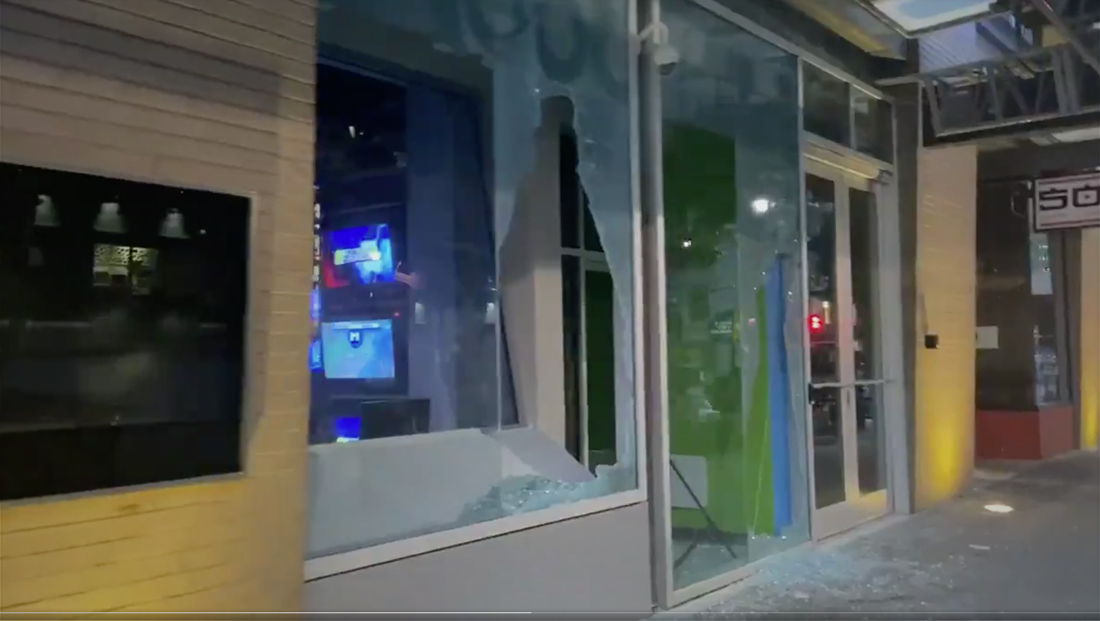 Raleigh ABC owned station WTVD’s streetside studio was vandalized over the weekend amid nationwide protests over the death of George Floyd.

The streetside facility is one of two the station uses for newscasts — with the other being at its main building in Durham, North Carolina.

Like many stations, many of WTVD’s newscasts have been originating from anchors’ homes during the coronavirus pandemic.

Lost in the video I took early this am is this one of the Downtown Raleigh @ABC11_WTVD station. I know there are much bigger issues here but this still hit different when I first saw it in person. pic.twitter.com/cQGj6DShDg

The facility itself appears to be empty in video clip, though monitors and other equipment are powered on inside.

Like most windowed broadcast facilities, the downtown studio features two layers of glass — one that is a more typical commercial grade glass while the other array is typically angled inward to help avoid on air glares when using the windows as a background and may also include special coatings to prevent sunlight from damaging equipment or wreaking too much havoc with lighting.

Also like many other streetside studios, this second layer of glass does not cover the entire height of the windows.

In some streetside studios, one or both layers of glass may also be reinforced — even to the point of being “bulletproof” for security purposes, though it’s not immediately clear if this is the case at WTVD.

WTVD sister station WLS in Chicago, which also operates a streetside studio, had a van crash through its glass in 2007. ABC flagship station WABC in New York City also has a windowed studio.