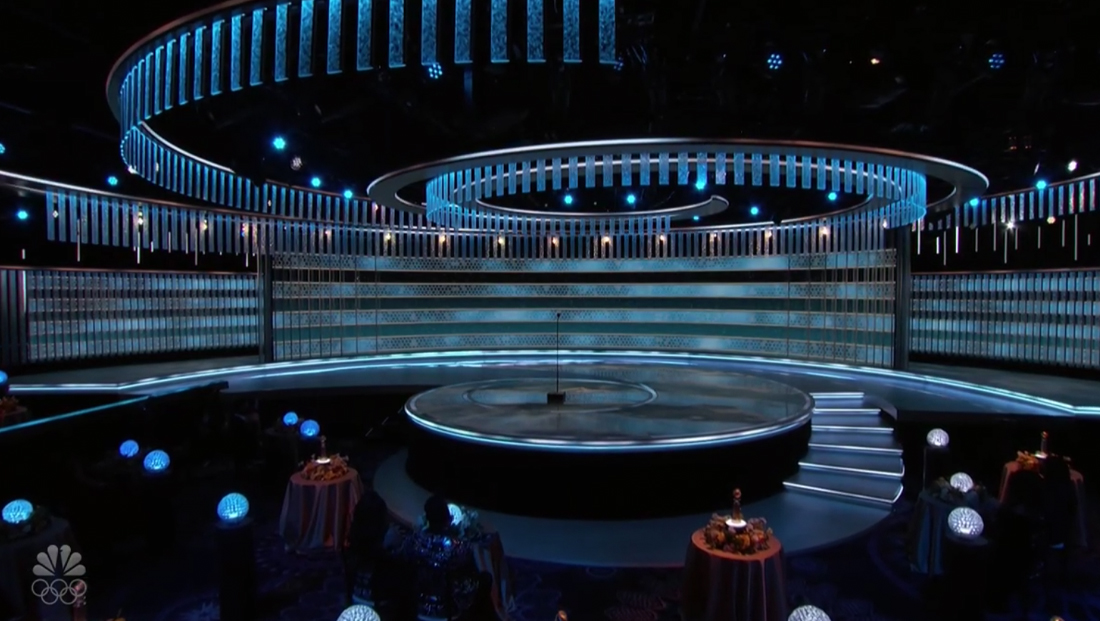 NBC’s telecast of the 78th Golden Globes Awards was, like so many other broadcasts, adapted heavily to accommodate social distancing challenges due to the coronavirus pandemic.

Perhaps the most notable change was the hosting situation.

Tina Fey hosted from the Rainbow Room in Rockefeller Center in New York City, with Amy Poehler hosting from the usual venue, the International Ballroom in the Beverly Hilton hotel in Beverly Hills, California.

The pair have frequently hosted the Globes telecasts in the past but both from the Beverly Hilton. The awards have used the room since 1961. 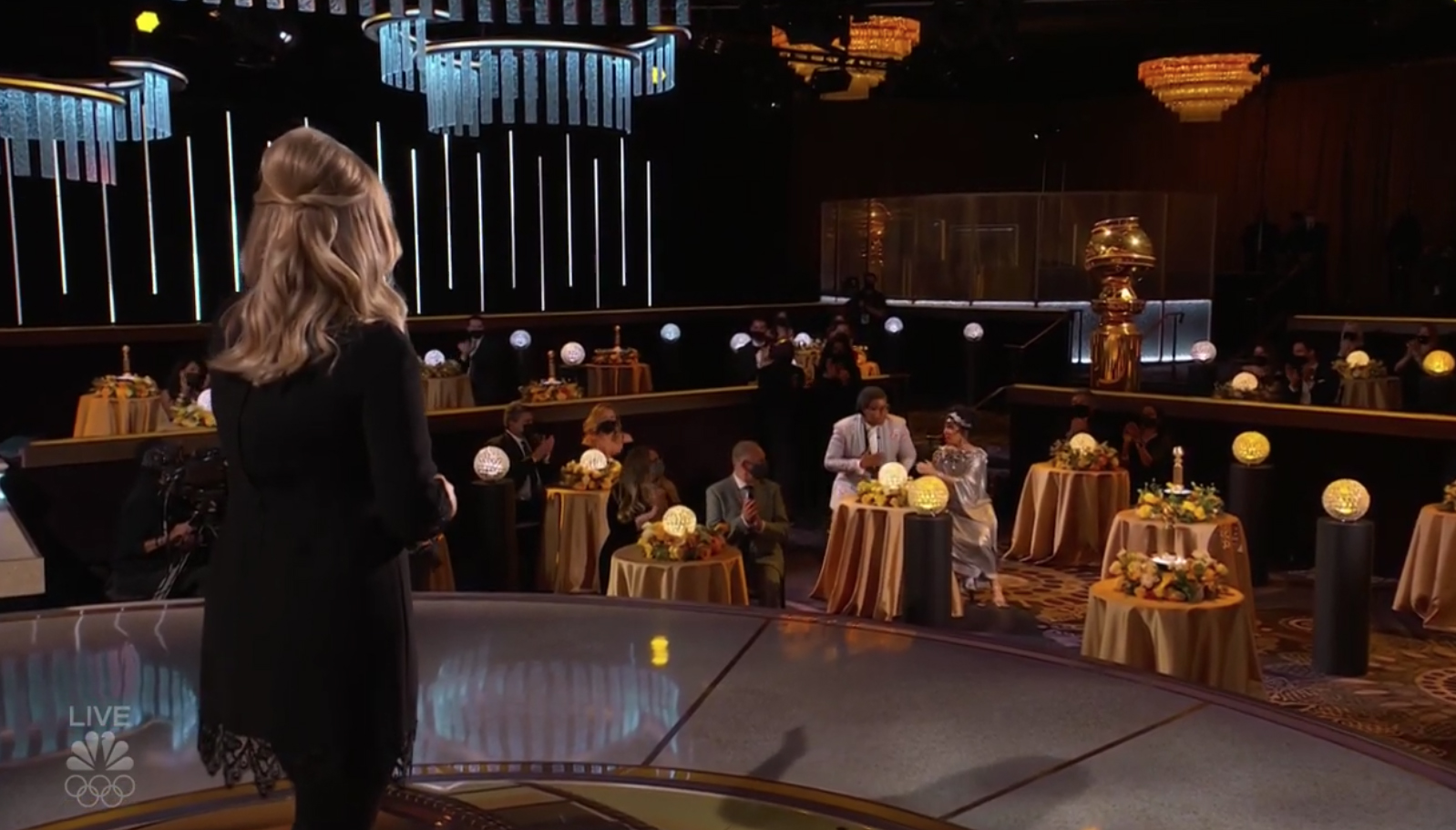 Due to social distancing precautions, the usual packed banquet tables were gone, in favor of spaced out two top tables interspersed with lighted spheres on plinths. 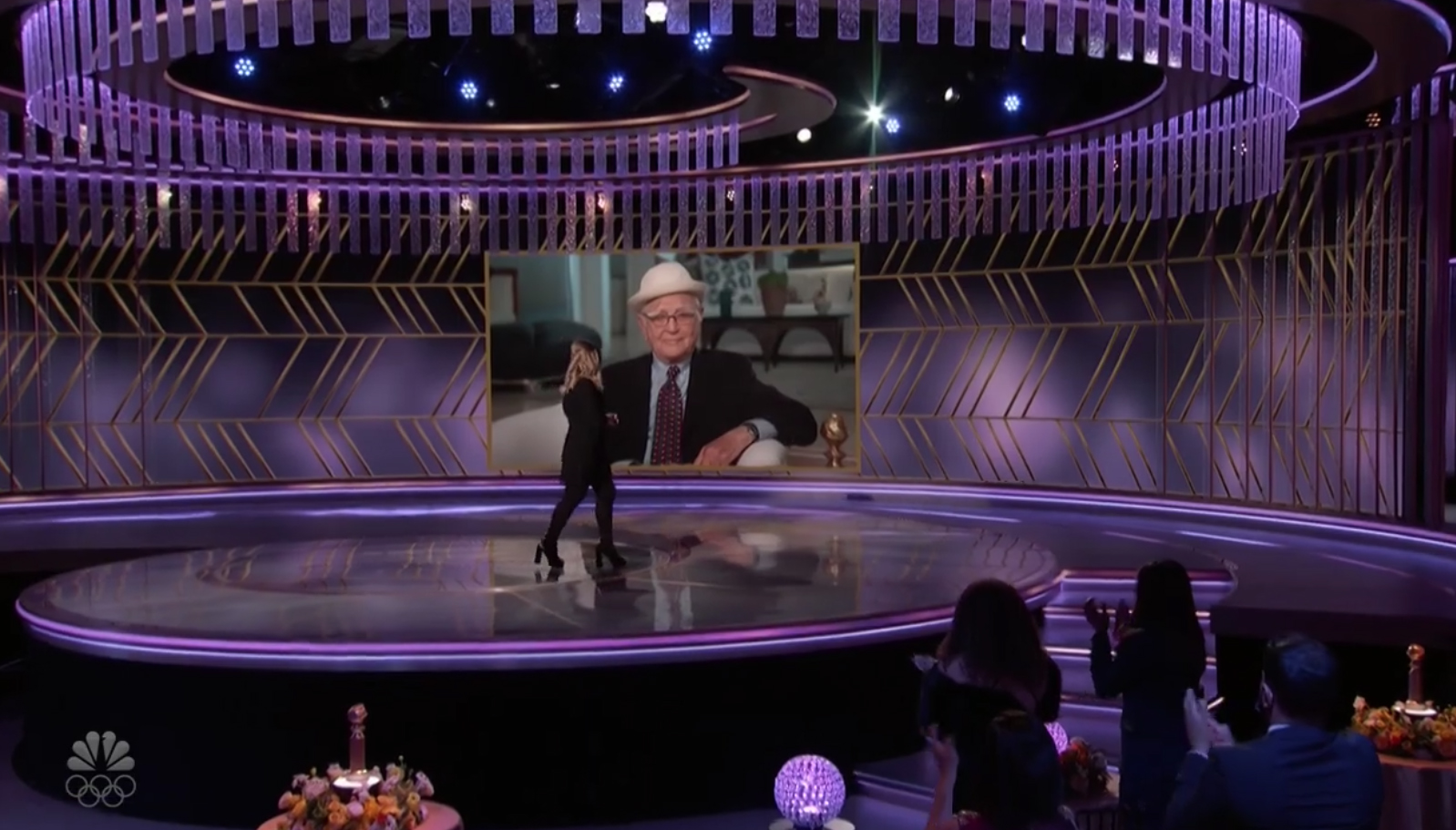 The set in California didn’t feature much of the structural elements it has featured in the past, instead opting for a large, curved video wall that was used to display simulated backgrounds such as this one that featured a digital version of a structural decorative gold divider. The vertical glass slats ringing the ceiling were real.

Besides giving the show the ability to change backgrounds on the fly, the video walls also were used to show live and taped feeds from off site honorees, as well as display category names and used in floating camera video on video shots to showcase clips from nominated shows and other content.

Brian Stonestreet provided production design for the show’s two stages with lighting design by Full Flood. The Los Angeles stage was built by Scenic Express with the New York City stage from PRG. 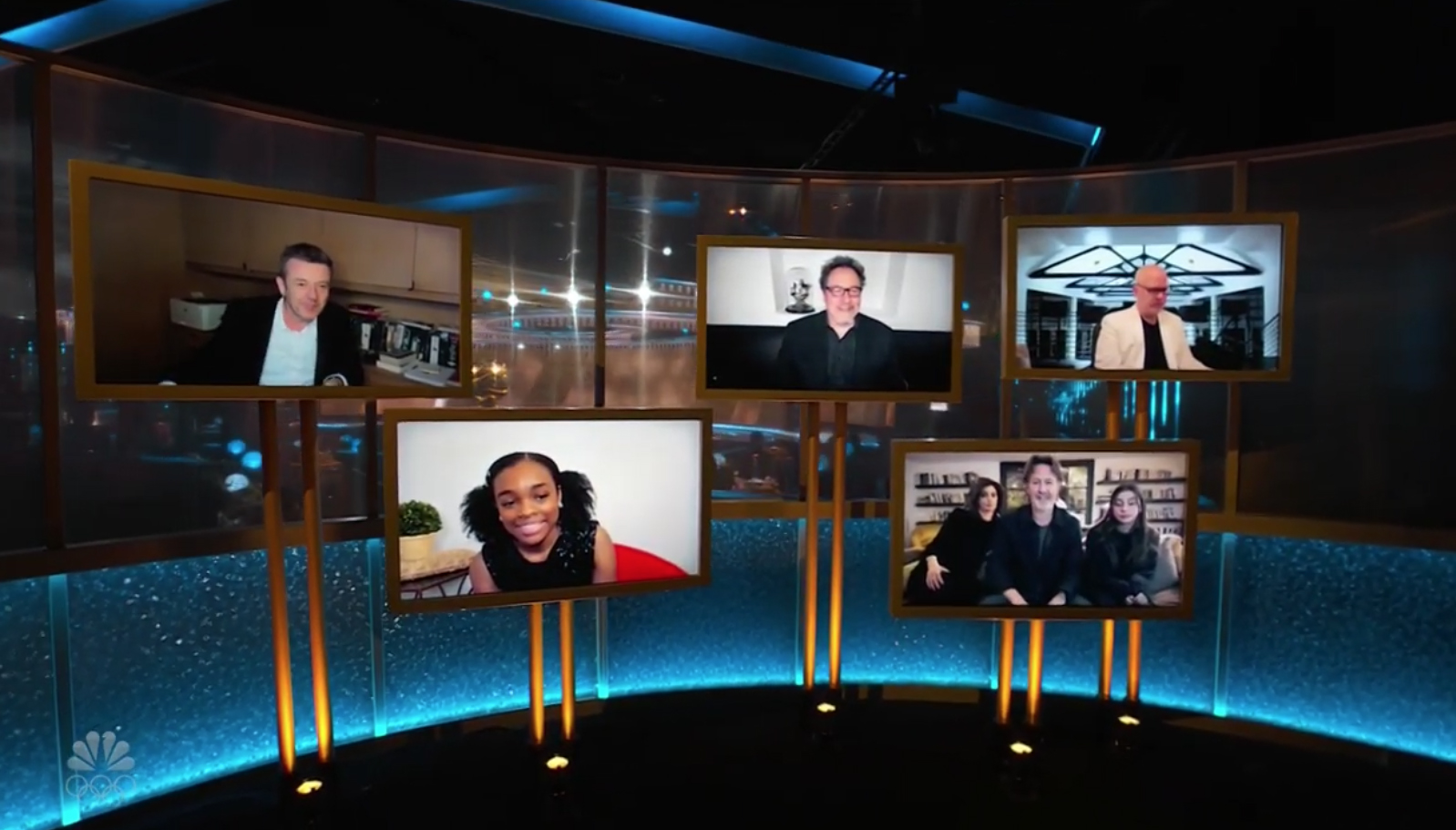 Near the back of the ballroom was a semi-enclosed area with five gold framed video panels on gold legs that were used to showcase nominees going to and from breaks — often with bits of their discussions pipped in. 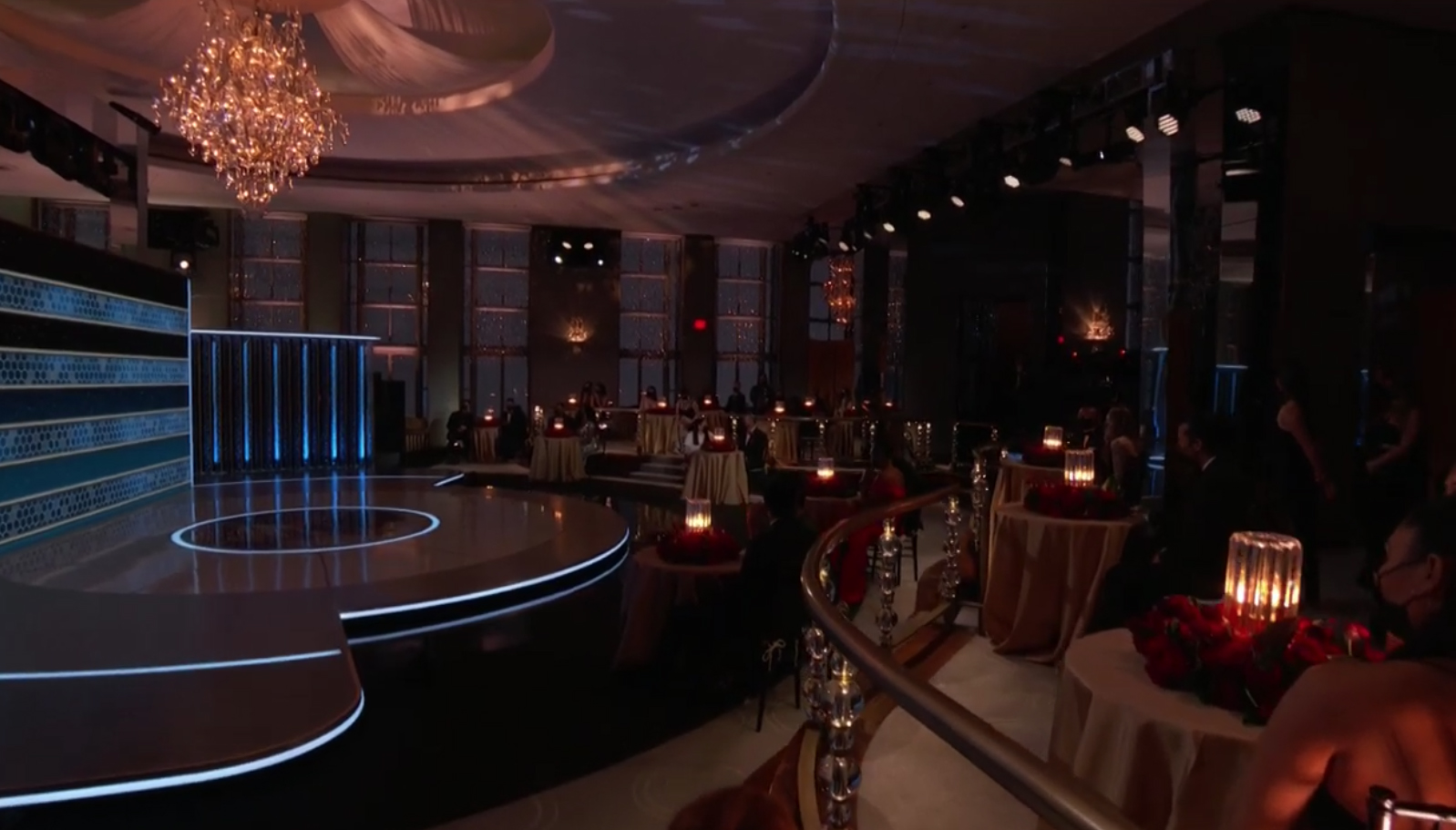 In New York, NBC took over the Rainbow room, which also featured sparse two seat tables with a circular stage backed with a large video wall and flanked with two structural walls that primarily appeared when talent entered and exited from behind the LED wall.

Despite a noble effort to run a telecast from two locations, the telecast suffered multiple technical glitches, including open mics that caused shuffling sounds to make it on air, pre-taped acceptance speeches that started running without audio and odd echos when either Fey or Poehler spoke from their respective location. There were also often awkward delays between the two hosts’ banter.

Going to and from breaks, the nominee video screen area featured audio from their video call feeds, apparently on purpose, but the conversations were often stilted and dipped in and out.

Someone frantically trying to make sure @kevinbacon and @kyrasedgwick exit the right way during the #GoldenGlobes pic.twitter.com/RdSFEkvHum

2020’s ceremony aired earlier in the year, Jan. 5, 2020, to be exact, just as some of the first cases of coronavirus were being reported but well before so-called “lockdowns” and “stay at home” orders were implemented so was presented in the traditional way.