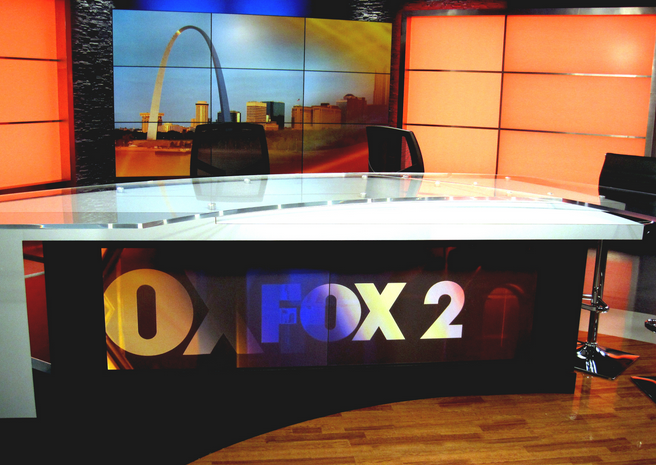 Tribune’s KTVI-TV took the wraps off its new studio this week, just in time for sweeps. “We have two television stations to operate and we’re doing 80 hours of local news a week. There’s an awful lot more than just reporting the news, it`s reporting the content and serving the viewers in the best possible way,” said station General Manager Spencer Koch. “We figured this type of arrangement would make them feel comfortable with who they already know.”

This is the first time KTVI-TV and KPLR-TV have shared studios. Using color changing LED technology, the set will change based on the newscast and daypart.

NewscastStudio will have a behind the scenes look at this set in the coming weeks.