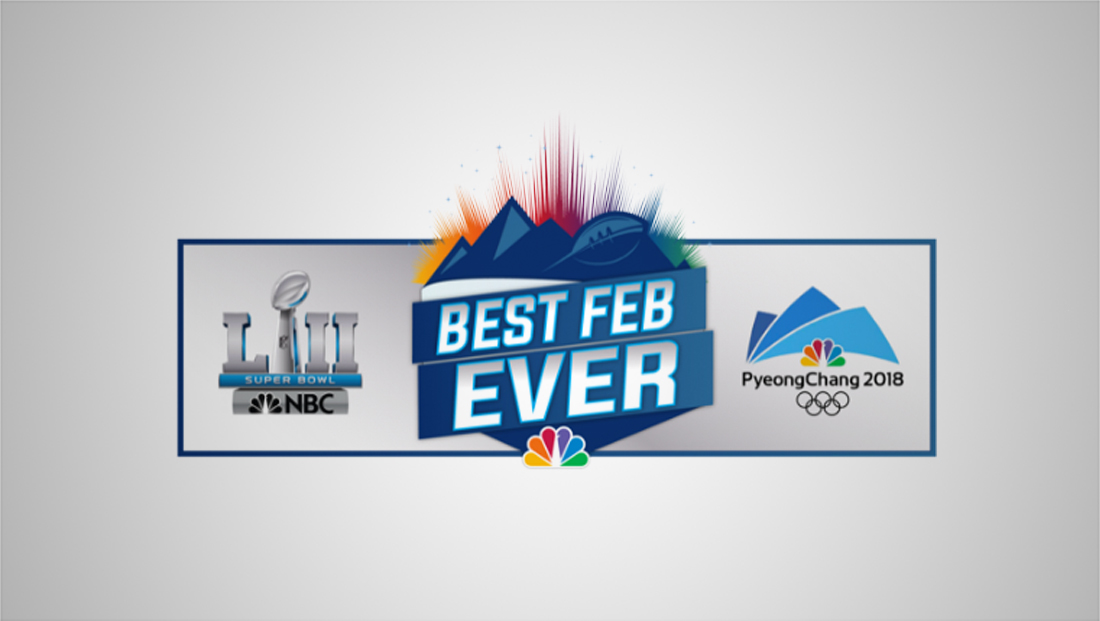 Thanks to its coverage of two iconic sporting events — the Super Bowl and Olympics — NBC has dubbed February 2018 the “Best Feb Ever.”

To mark the occasion, the network is setting up interactive experiences on Feb. 1 to 3 in four cities: New York, Los Angeles, Minneapolis (Super Bowl LII host city) and Philadelphia.

The network also created a “Best Feb Ever” logo (note the shortened “Feb”) that is flanked by the Super Bowl and PyeongChang Winter Olympics logo.

In the center, which features a polygonal ribbon like design containing the letters, is a mountainscape and football icon as well as a rainbow of light bursts matching the NBC peacock colors.

In each city, NBC Sports is displaying large-scale mystery boxes with countdown clocks on their exteriors.

When it expires, the box will open, unveiling a special guest who will either host a variety of fan activities or perform an impromptu concert.

Not only will fans be able to meet celebrities and athletes, they will also be able to enjoy musical performances and participate in some of NBC’s favorite games to win championship-level prizes, including tickets, Super Bowl and Olympics merchandise, gift cards and much more.

The New York City activation at Rockefeller Center will feature a performance from Andy Grammer, and in Los Angeles, the iconic B-52s, known for their hit “Love Shack,” will perform live for fans at The Grove. Additional special guests will be announced in the coming days for each location.

The Best Feb Ever experiences will be located at the below venues:

Those unable to attend a live box can still win big by visiting BestFebEver.com, where the countdown will be livestreamed each day, beginning Thursday, Feb. 1 through Thursday, Feb. 8.

Each time the box opens, it reveals a prize and the opportunity to enter to win.

Super Bowl LII will air on NBC on Feb. 4 at and NBC’s primetime coverage of the XXIII Olympic Winter Games begins Feb. 8.