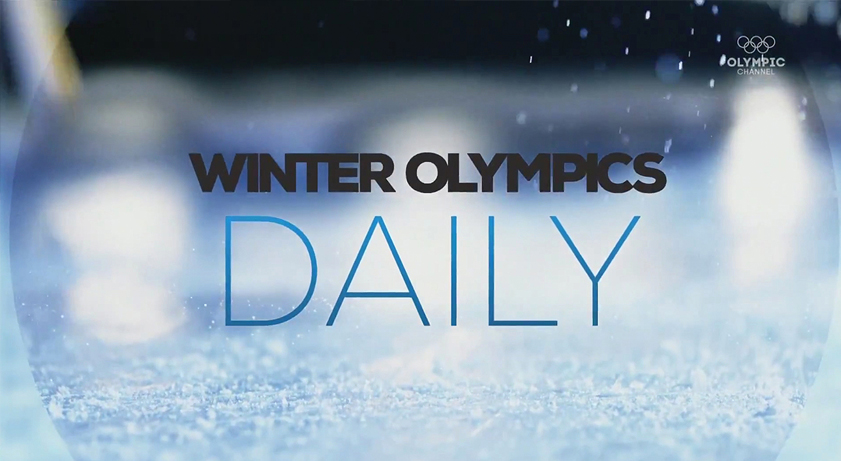 NBCUniversal runs the U.S. version of the Olympic Channel under an agreement with the IOC. The channel replaced Universal HD on most lineups. The show originates from the “winter lodge set” built on top of the International Broadcast Centre and uses a variety of venues in the studio, including the sit-down interview area with ski slope views, wood toned walls and sporting equipment accents. The space, like NBC’s other studios, was designed by the team at HD Studio. The rich, warm wood tones are also found in a cozy standup corner decked out with prints representing past Winter Olympics and an organic metal railing.