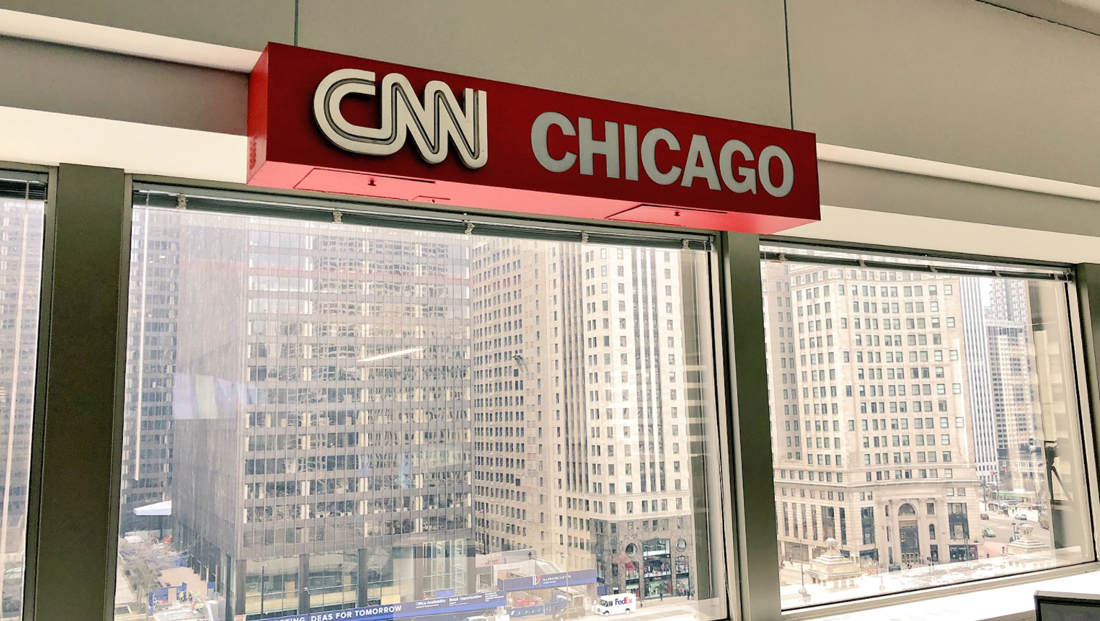 CNN has moved its Chicago bureau — and its new home puts it right across the river from a building owned by one of its loudest critics.

The network moved its offices from its longtime home in the Tribune Tower on Michigan Avenue to a building on the other side of the river overlooking Wacker Drive.

The windows in the new bureau give sweeping views of the Chicago River, Riverwalk and the Wrigley Building — but also includes views of Trump International Hotel and Tower and the large, oversized letters Donald Trump had installed on the side of the building.

Given its height, Trump tower is visible from many locations in the city, including select areas of the Tribune Tower, which is across the street from the Wrigley Building.

CNN correspondent Kate Bennett tweeted photos of the new view — though notably opted to avoid showing the view in the other direction, which would have shown the facade of Trump Tower.