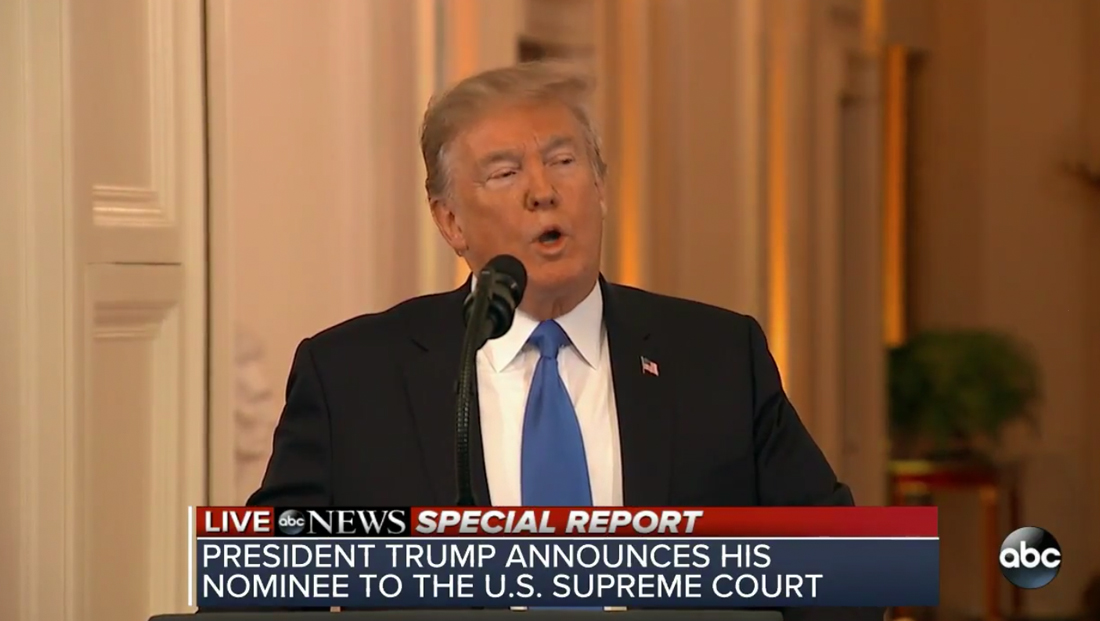 ABC News‘ camera during Donald Trump’s announcement for his pick for the next Supreme Court Justice did not appear to be properly white balanced, giving it a distinct orange tint.

Unlike many White House events, it appears each network had at least one of their own cameras in the East Room of the White House — as opposed to normal pool cameras providing a feed for all networks to pick up. 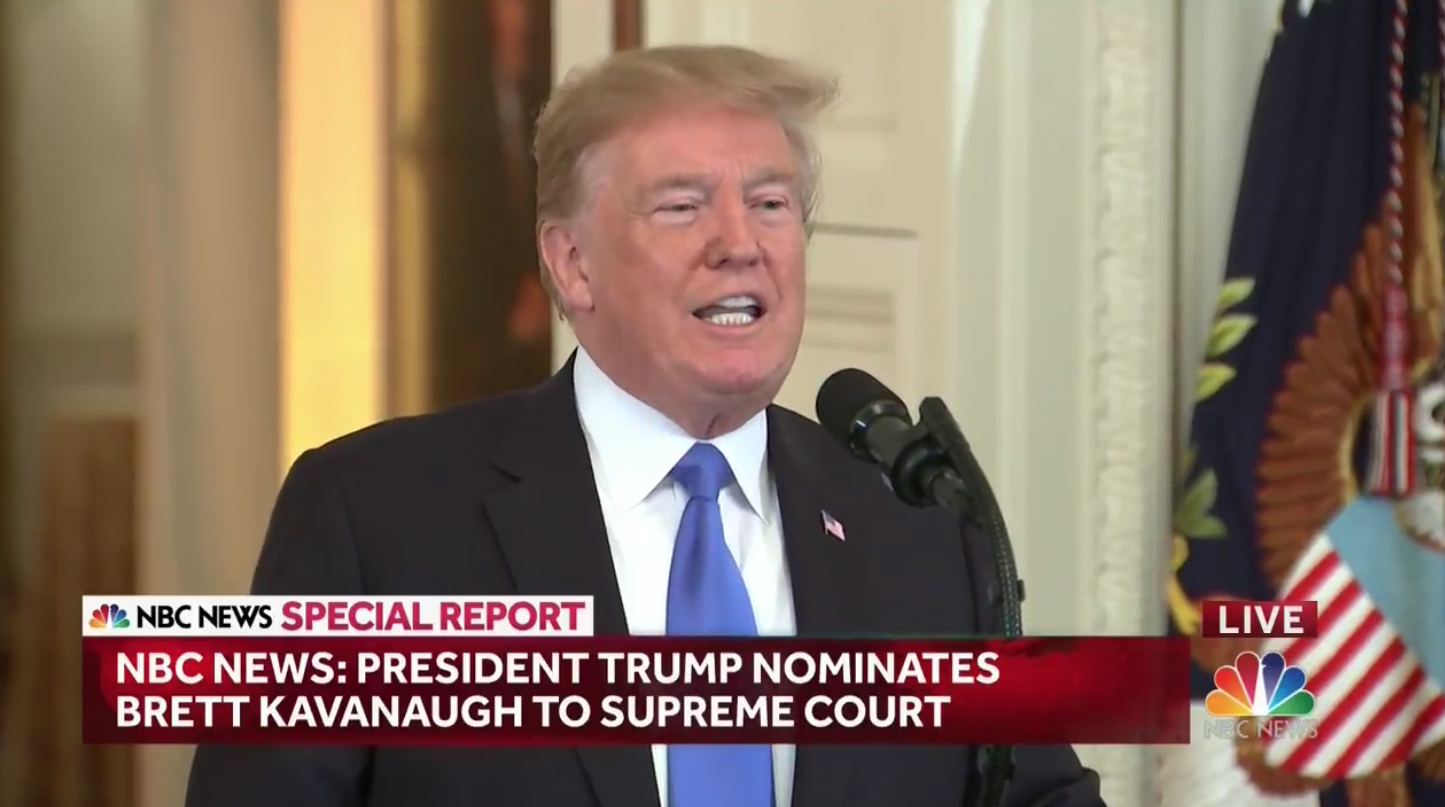 NBC News’ camera, which was slightly off-center, was much brighter, with the walls behind Trump appears much closer to white.

CBS’s camera wasn’t quite as bright as NBC News. 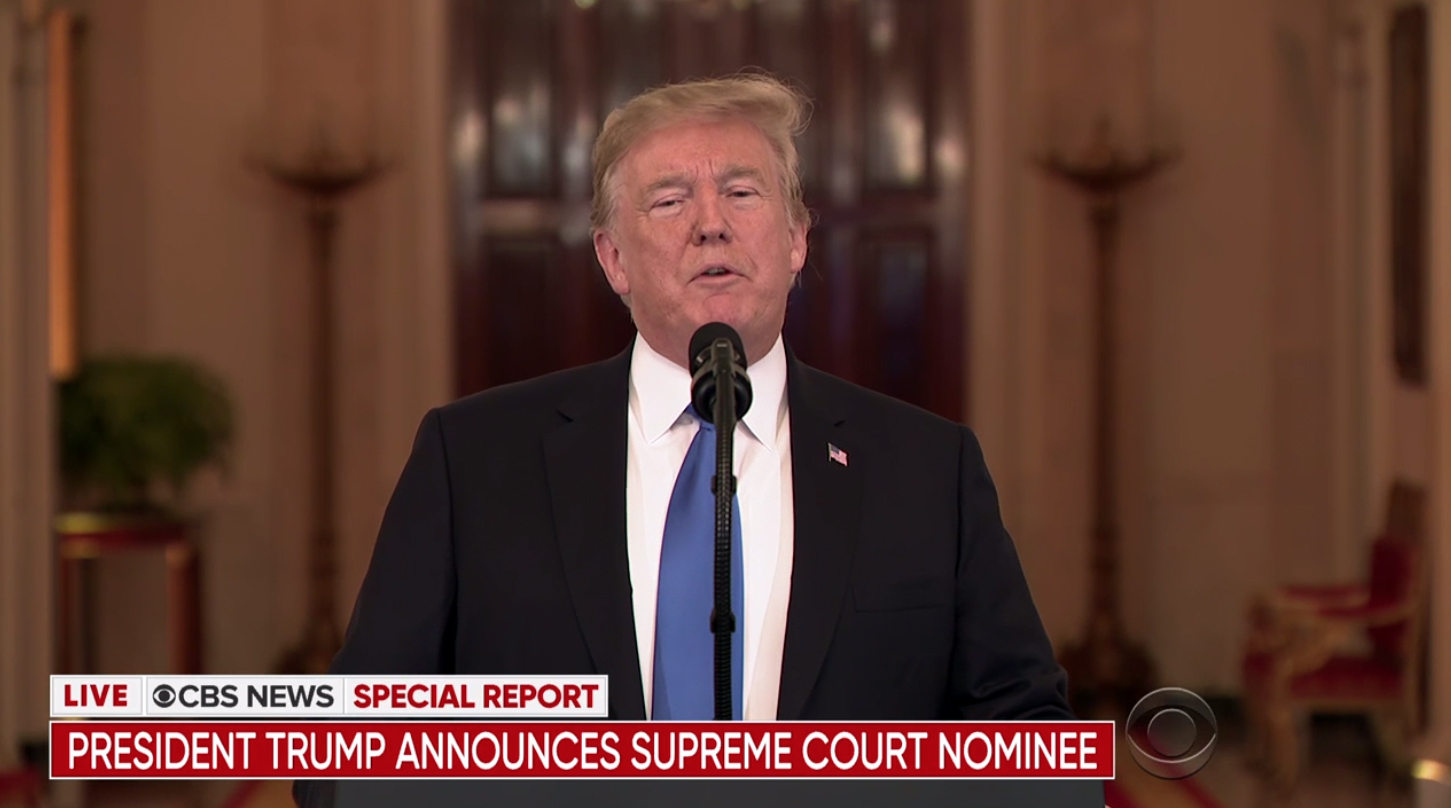 Behind Trump, who was addressing the press in the entryway to the East Room of the White House with the Cross Hall and doors to the State Dining Room behind him which the White House, in an interesting choice, chose to uplight with — orange.