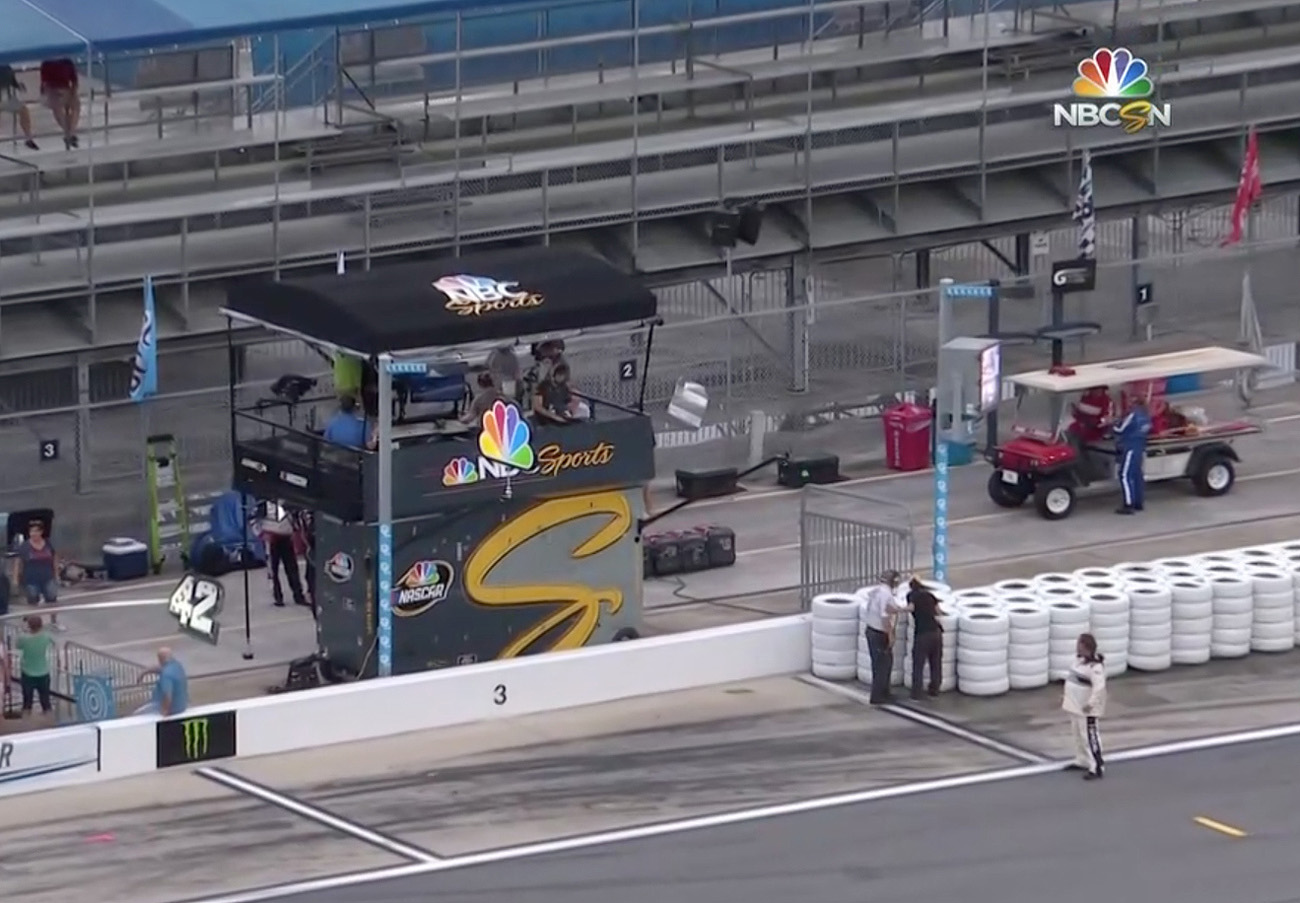 Originally used by NBC Sports the last time it held the broadcast rights to the sport from 2001 to 2005, the “War Wagon” became a mainstay of the “Countdown to Green” pre-race show.

The new “Peacock Pit Box” replaces an outdoor desk for the network, which had been in use since NBC’s return to the sport in 2015.

The new incarnation of the “War Wagon” brings a state-of-the-art upgrade to the remote studio, taking coverage closer to the racing action with the mobile studio positioned along pit road at each race track.

The design mirrors a traditional NASCAR pit box with two levels for presenters and analysts along with a touchscreen display. 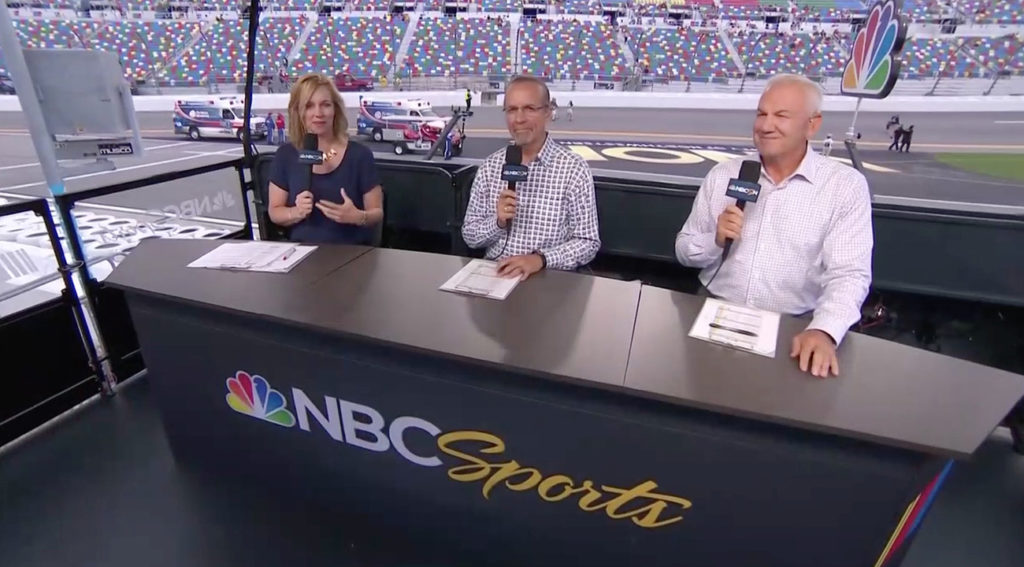 The mobile studio will be used for pre and post-race coverage of NBC Sports’ 2018 NASCAR Monster Energy Cup Series and Xfinity Series race.

Fox Sports has always had a traveling studio for its NASCAR coverage, named after Jeff “Hollywood” Hammond and known as the “Hollywood Hotel,” using a semi-trailer sized studio.