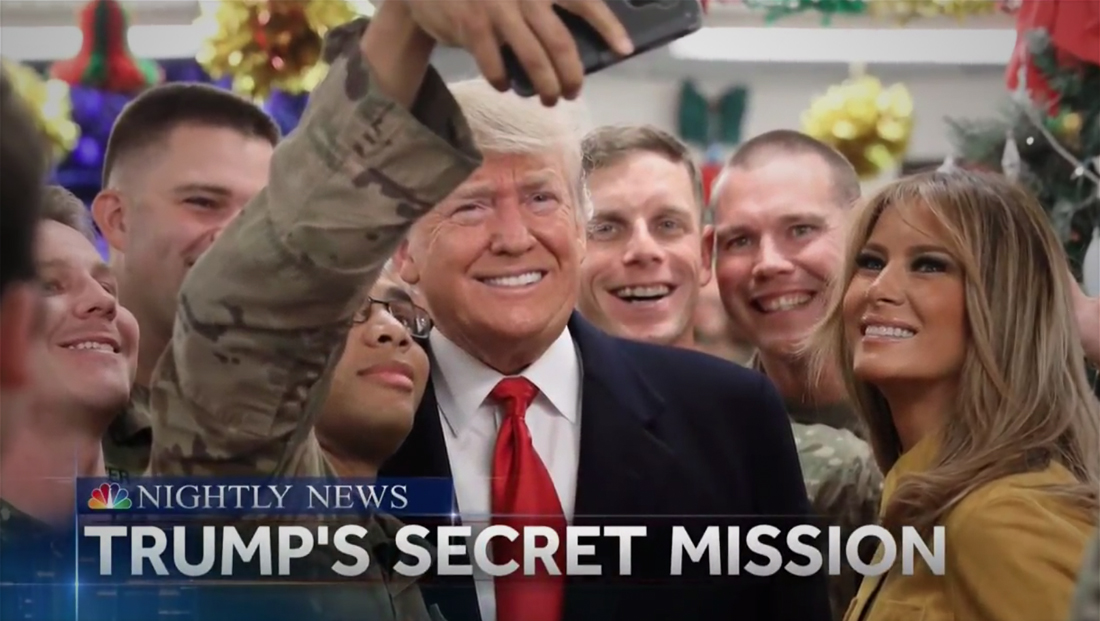 Coverage of Donald and Melania’s Trump’s surprise visit to troops in Iraq and the wild rebound of the pre-Christmas stock market dive lead the big three network newscasts Wednesday, Dec. 26., 2018 — with each broadcast taking a slightly different route.

All three networks also broke in during the day to cover the Trumps’ arrival in Iraq. 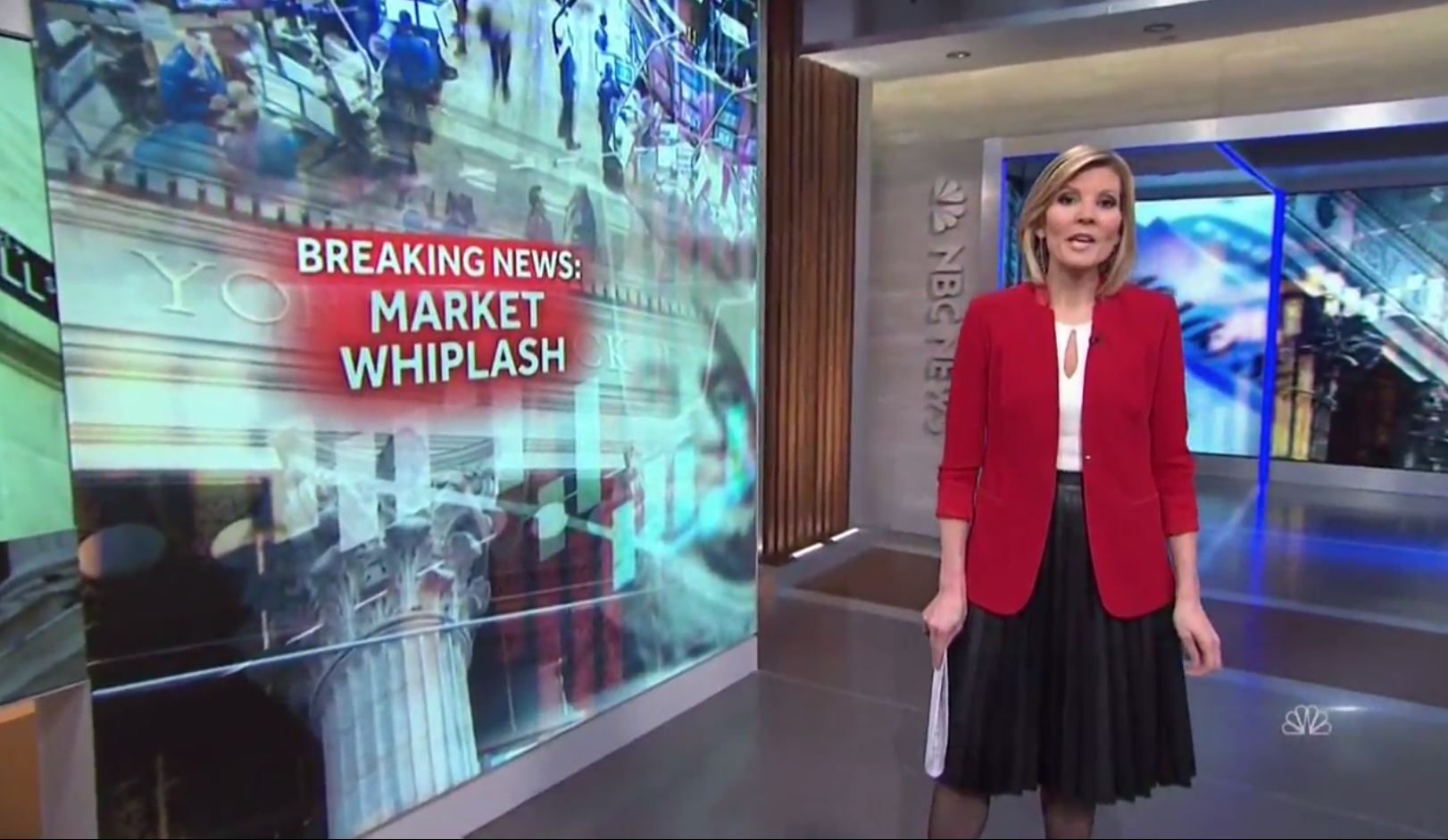 ‘NBC Nightly News‘ lead with the ‘market whiplash,’ as it called it, under the breaking news banner, although had the Trump’s visit on the rundown next. Both stories were also featured prominently in the teases. 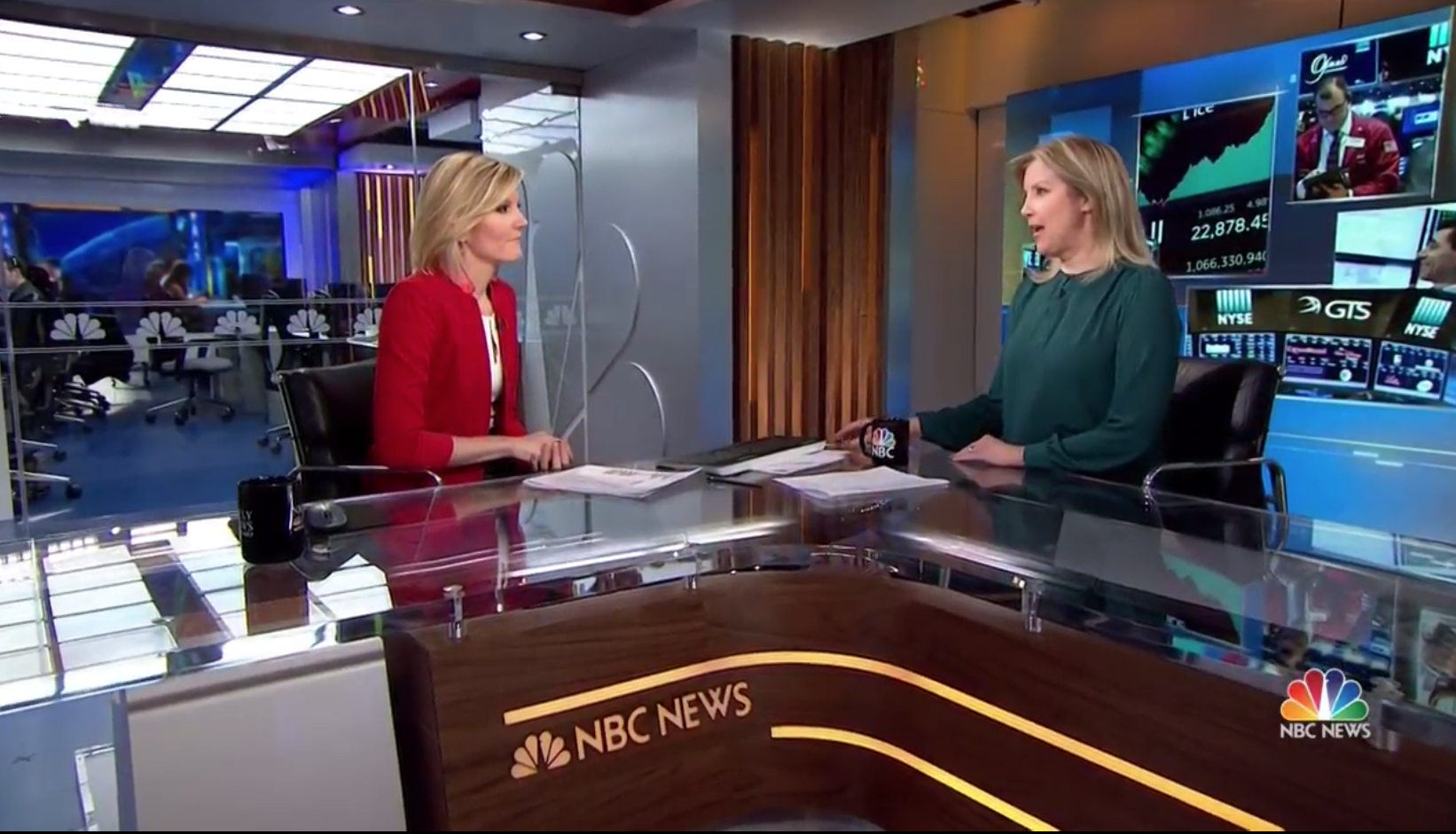 The broadcast featured a package from Kristen Dahlgren, who also debriefed anchor Kate Snow, who was filling in for Lester Holt. 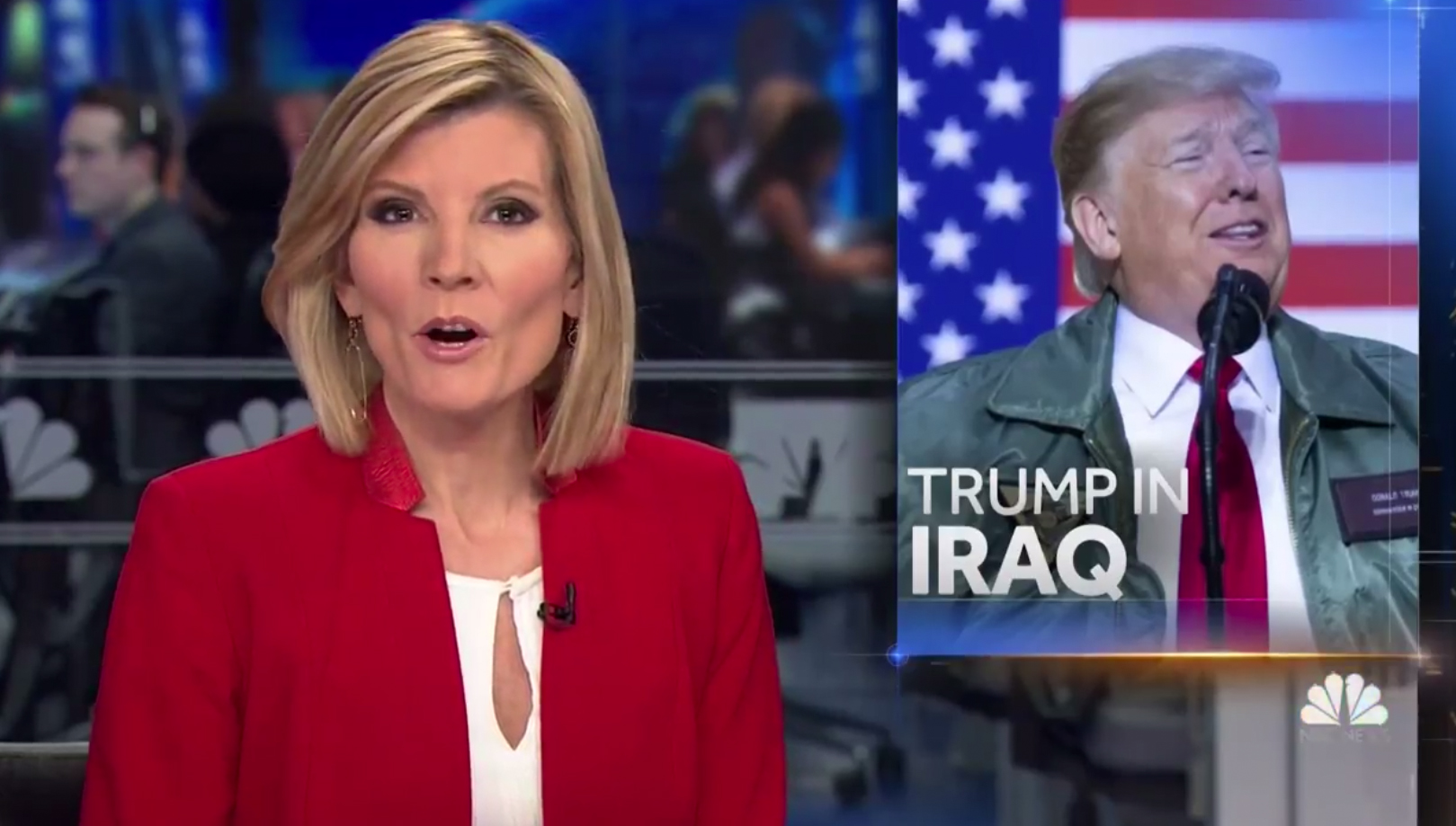 After Dahlgren finished her report, Snow appeared on camera with an OTS reading ‘Trump in Iraq’ to introduced a package. 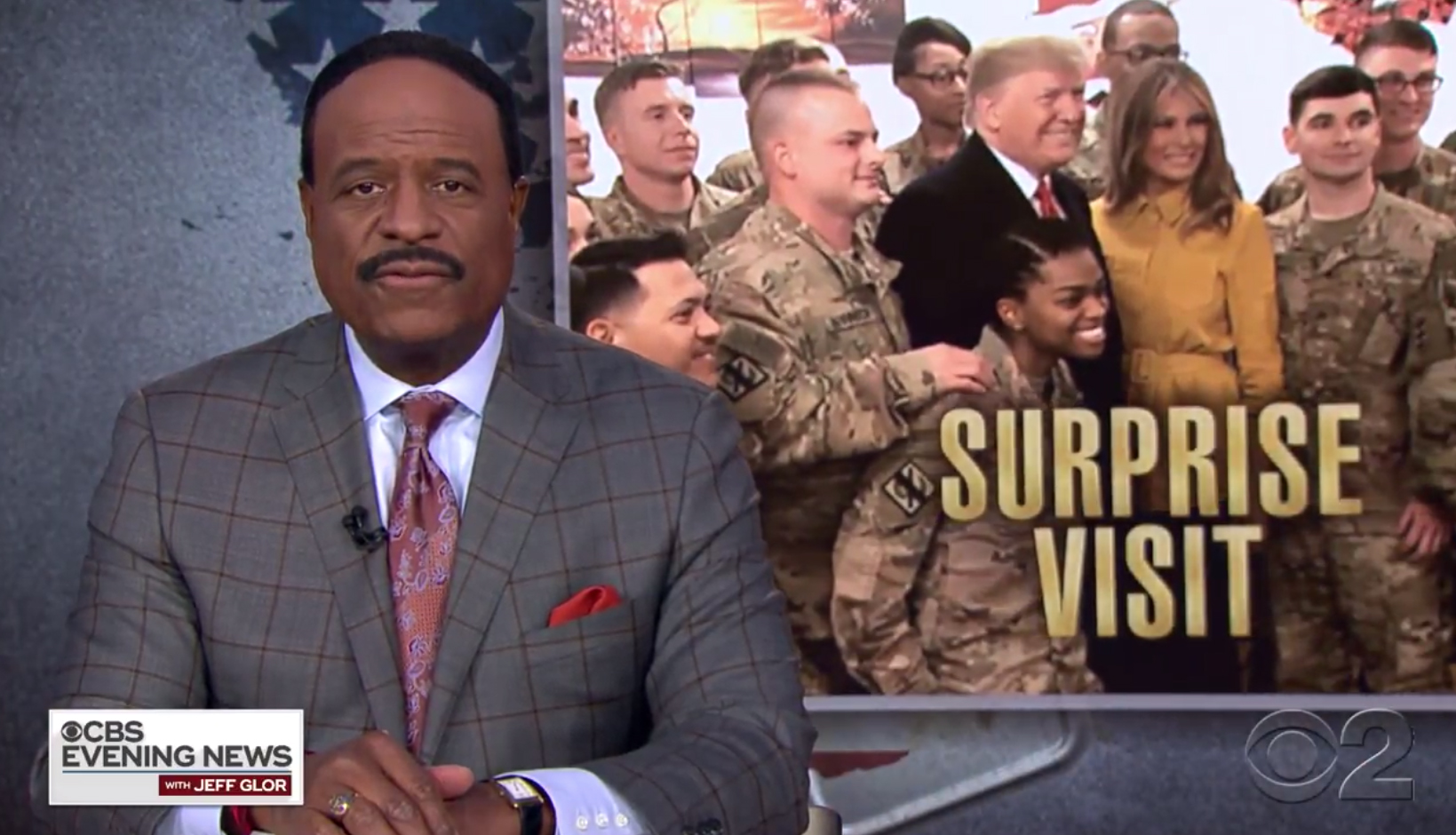 CBS Sports host James Brown filled in for Jeff Glor on ‘CBS Evening News‘ — with a gritty ‘Surprise Visit’ graphic appearing on the video wall behind him. Both the visit and stock market were featured in the show’s teases and 60-second ‘headlines’ segments at the top of the broadcast. Brown also mentioned, before switching gears to the Trumps’ visit, the stock market coverage would be coming soon. 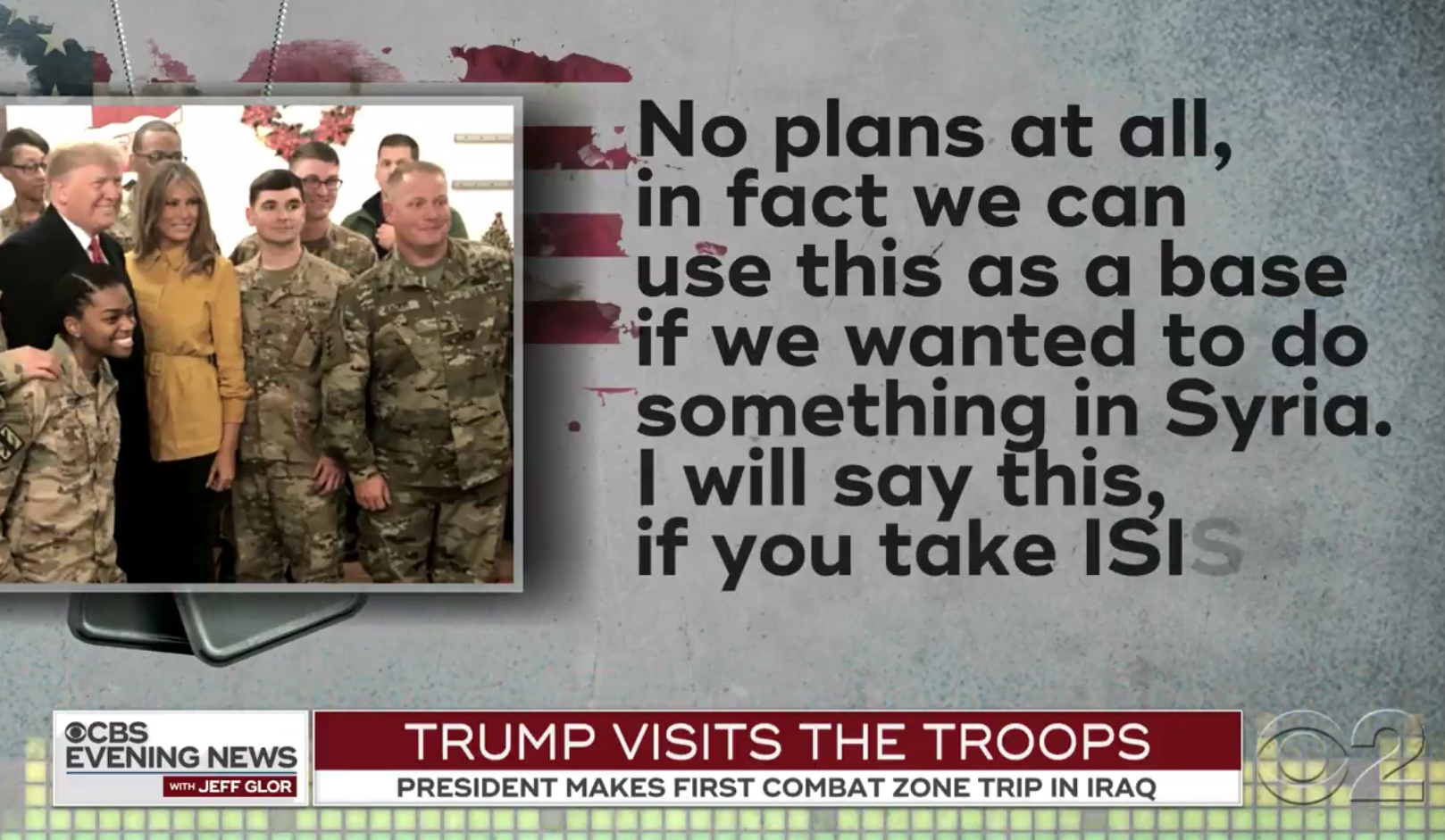 CBS also used a fullscreen graphic with transcribed text from audio of Trump, complete with audio ‘meters’ running along the bottom of the screen. 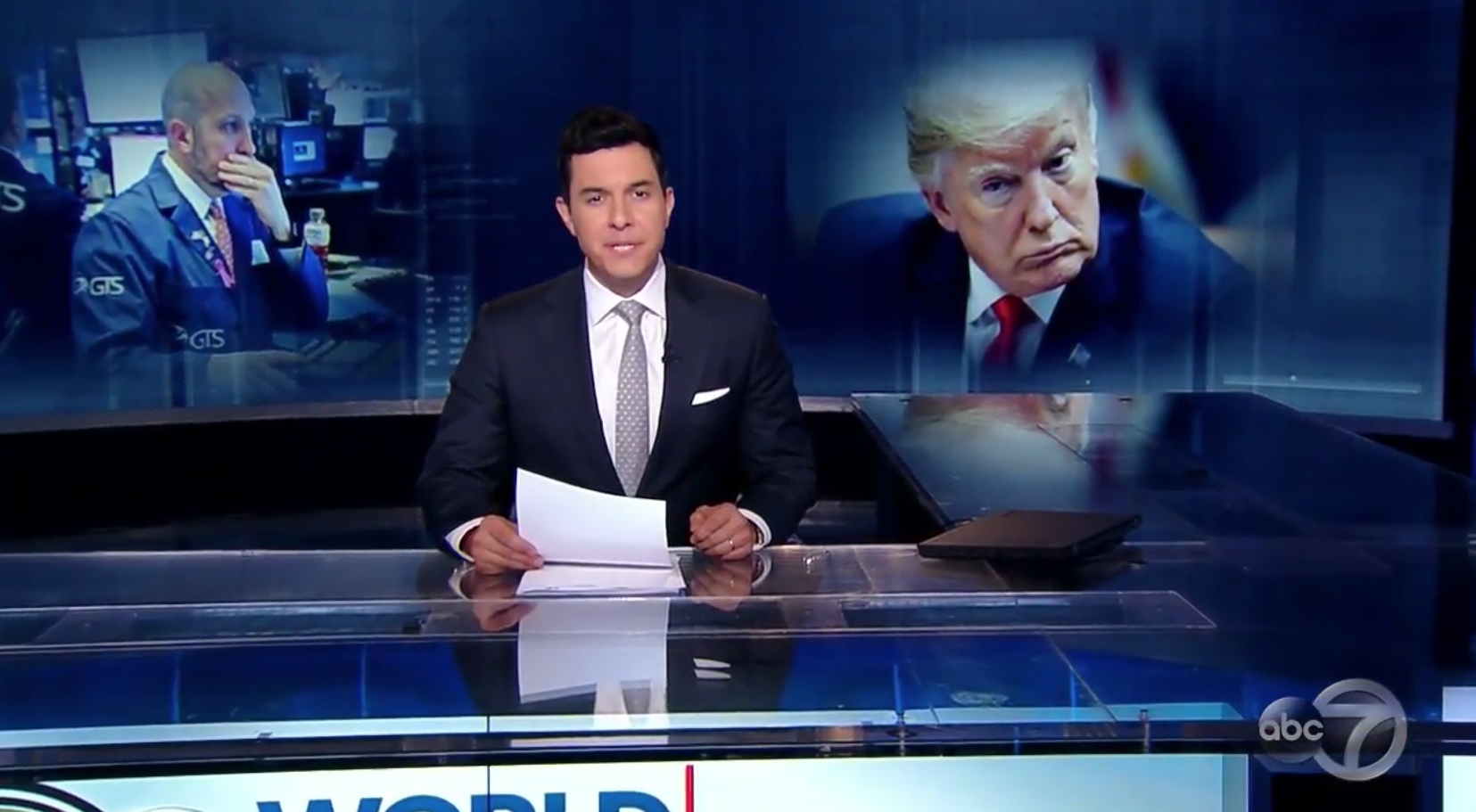 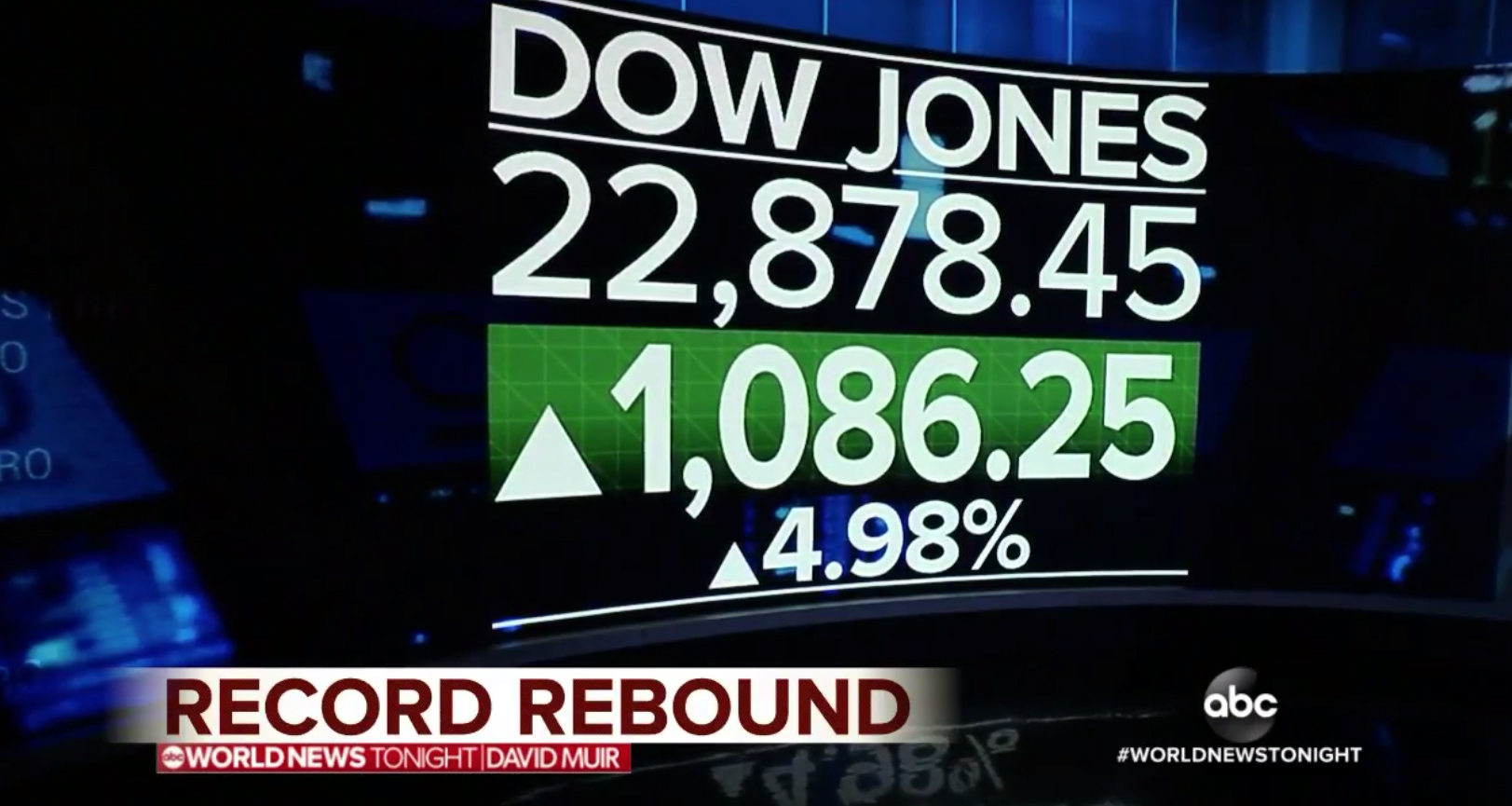 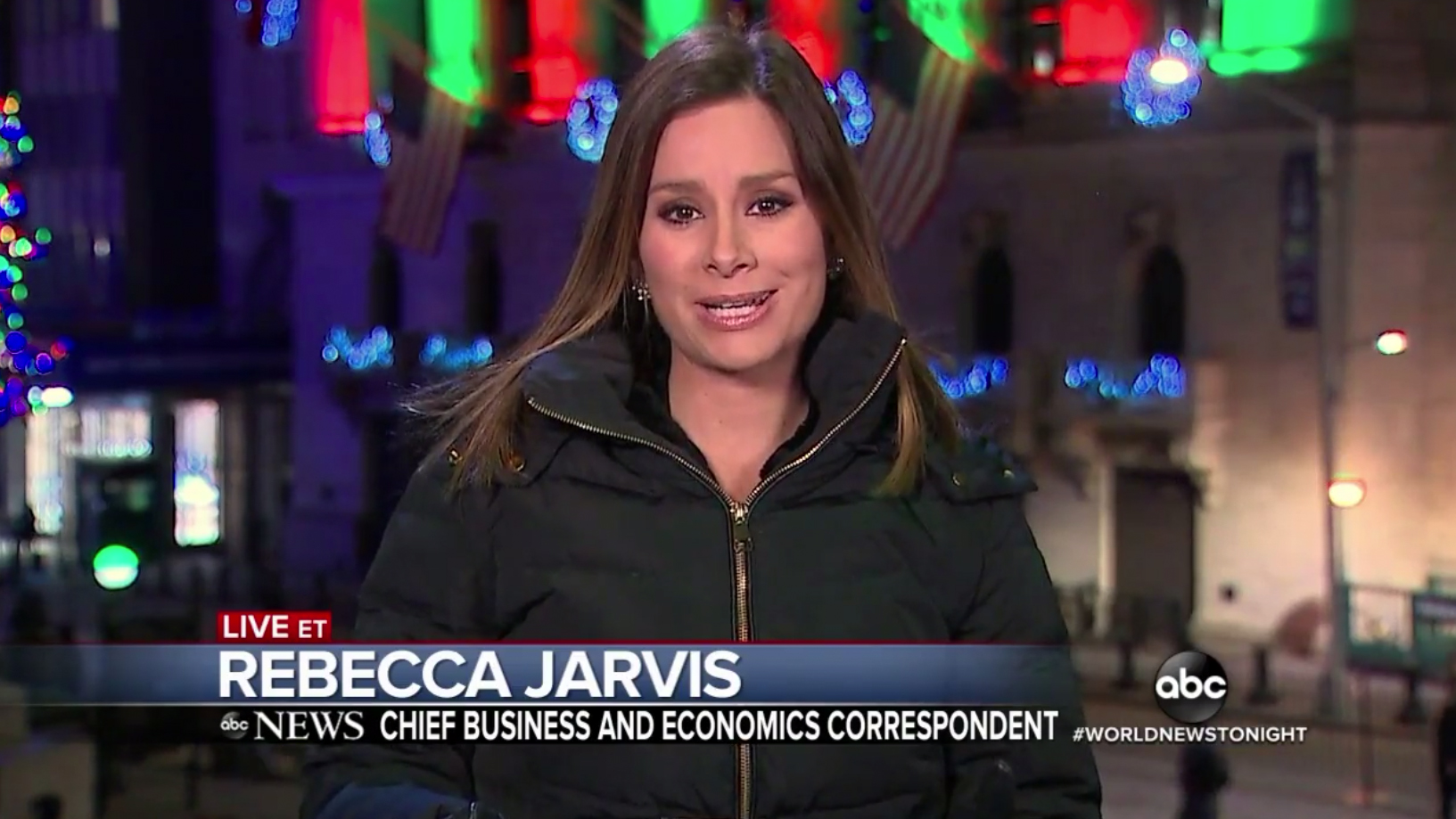