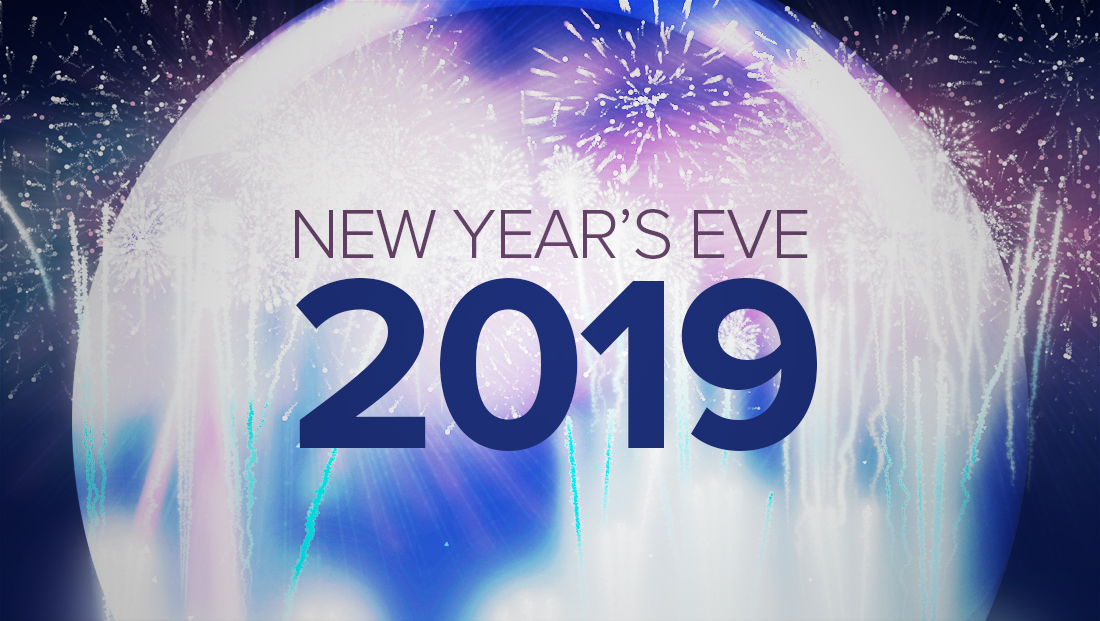 As New Year’s Eve celebrations for 2019 approach, here’s a look at the logo design each network is using for its coverage that night.

ABC will use the ‘Dick Clark’s New Year’s Rockin’ Eve‘ branding. Clark died in 2012, but his longtime co-host Ryan Seacrest will once again helm the broadcast. ABC has sold ‘naming rights’ to this year’s event to YouTube Music. For key art, the network went with a sparkly gold look with a deep violet-black background.

ABC is also distributing the 2019 version of the boxy logo the show has used for years.

NBC is using the lighted ball that lowers in Times Square as inspiration for its logo design — with its version having strong triangular segments. It then places the words ‘NBC’s New Year’s Even 2019’ inside of angled dark blue-black containers with silver accents. The ‘2019’ box appears to be tucked behind container for the rest of the words, which follows the footprint of the typography. The color scheme is blue and violet with turquoise accents. NBC has used similar looks to this in the past with different takes on color and typography.

Earlier in the evening, NBC will air a pre-taped special ‘A Toast to 2018,’ hosted by ‘Today’ fourth hour co-anchors Kathie Lee Gifford and Hoda Kotb. It’s marking the event with a neon-sign inspired logo accented with a champagne glass and fireworks.

Fox, meanwhile, went with gold glittery typography and a New York cityscape background accented with fireworks for its special hosted by Steve Harvey.

CBS does not produce special programming for New Year’s Eve at the network level and will instead air reruns of “The Neighborhood,” “Happy Together,” “Magnum P.I.” and “Bull,” according to its posted schedule.