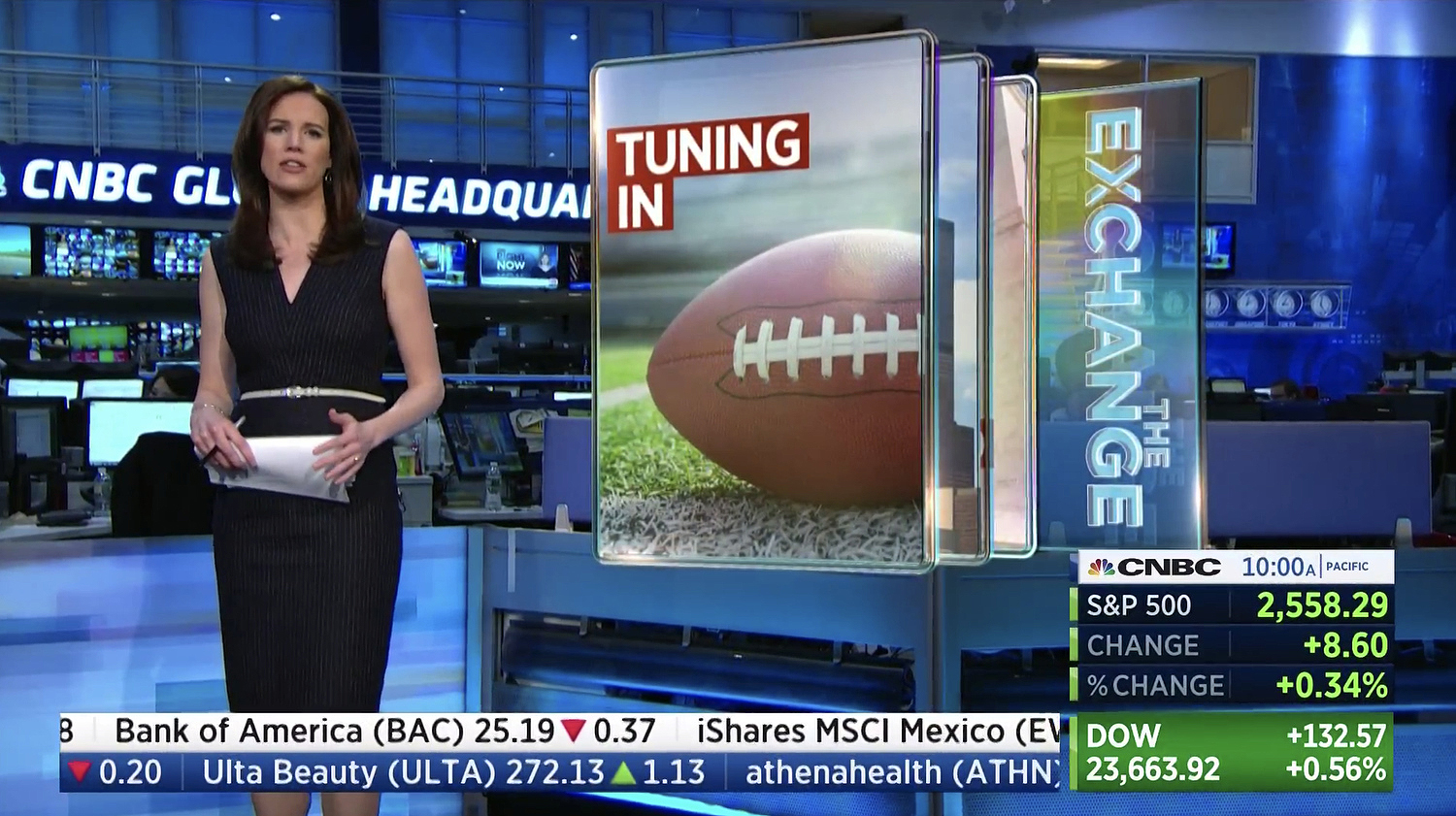 CNBC launched an addition to its daytime lineup, “The Exchange,” Monday, Jan. 7, 2019 with a single anchor format with a variety of one-on-one interviews, roundtables, debriefs and an augmented reality open.

The new show means that CNBC mainstay “Power Lunch,” which Evans also co-anchors, was reduced by an hour.

The show is separate from a similarly named show, “Worldwide Exchange.”

At the top of the show, anchor Kelly Evans kicks off the show standing in the middle of the large opening that separates CNBC’s main studio from a dramatically lit newsroom — standing in front of frosted glass panels and — somewhat incongruously, a planter.

To the right of Evans, four glassy vertical augmented reality panels are digitally inserted, one with the show’s name that always stays tucked in the back and three with the show’s top stories that shuffle around as Evans mentions each. 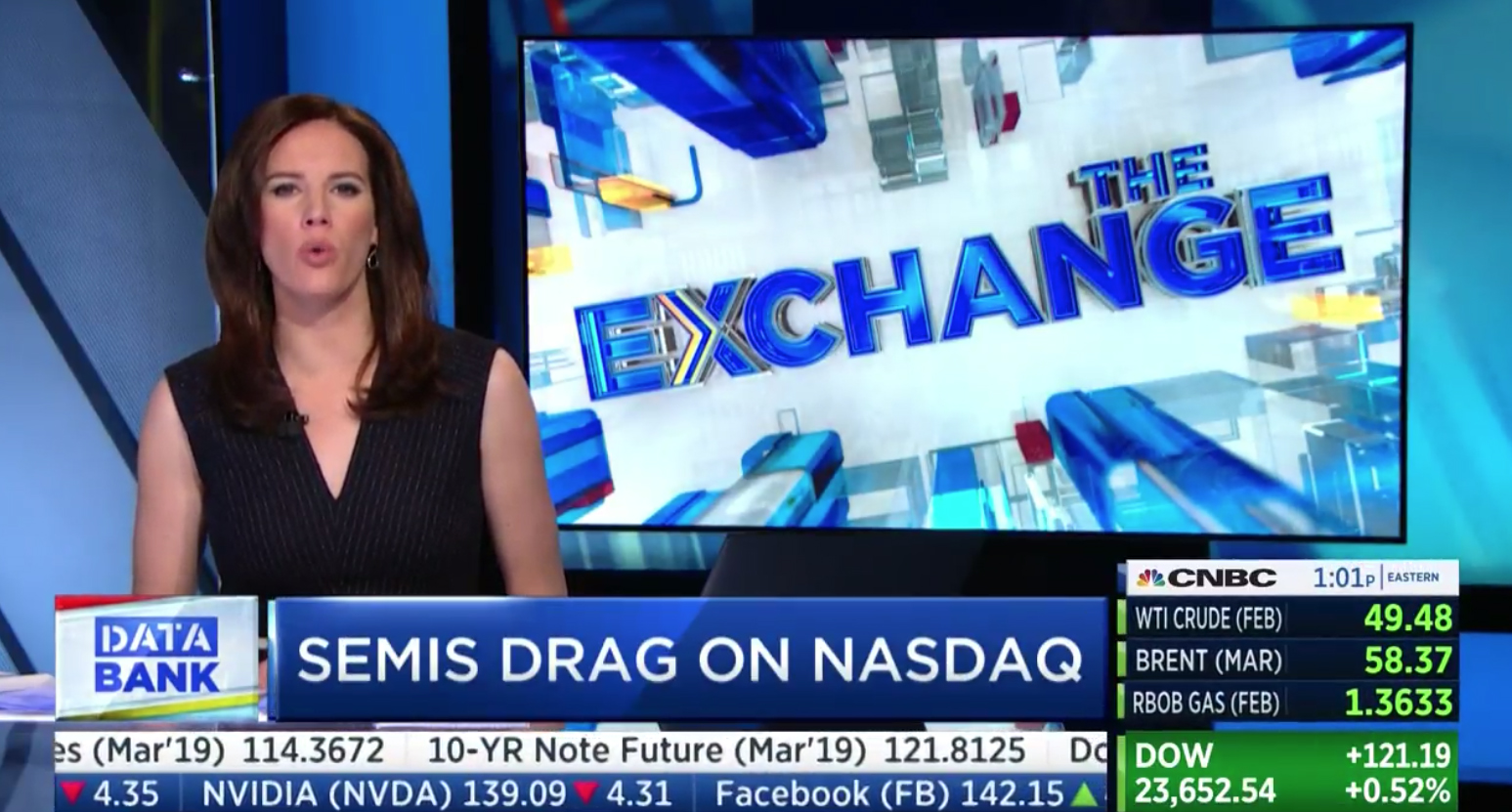 For the remainder of the show, augmented reality isn’t used, but the show, which is largely shot in the round, does make use of freestanding LED video panels arranged around the studio’s glass top anchor desk, including as OTS elements. 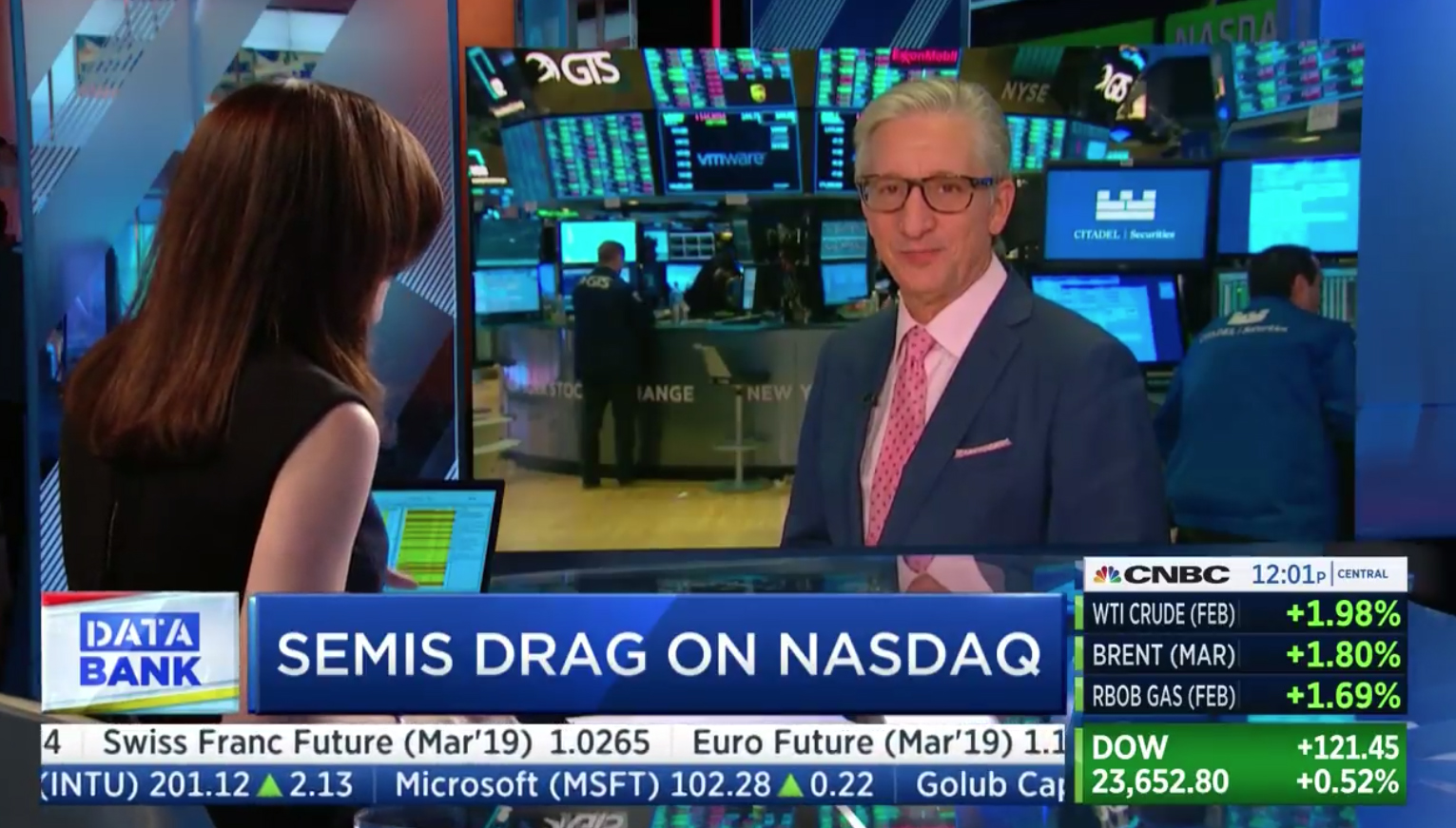 The panels are also used for live back and forth interviews with remote guests and correspondents, including ones brought in digitally from the New York Stock Exchange to the network’s headquarters in Englewood Cliffs, New Jersey. 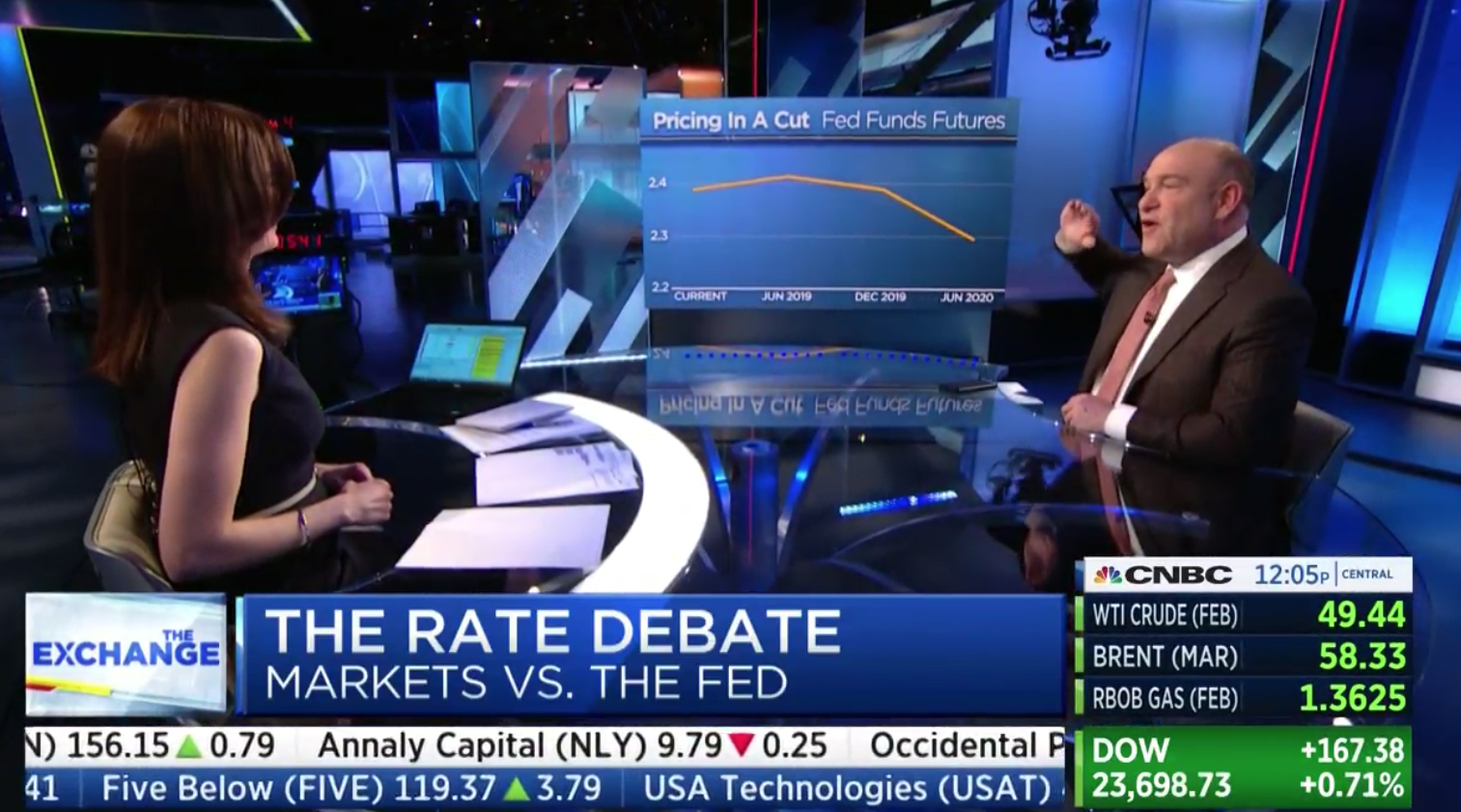 The panels can also be used for guests and Evans to discuss data points, including stock market charts. Some of the panels on the set use bezel-less panels, which gives a similar look to the floating augmented reality panels. In the background of these wide shots, the studio is somewhat segmented thanks to freestanding frosted panels. 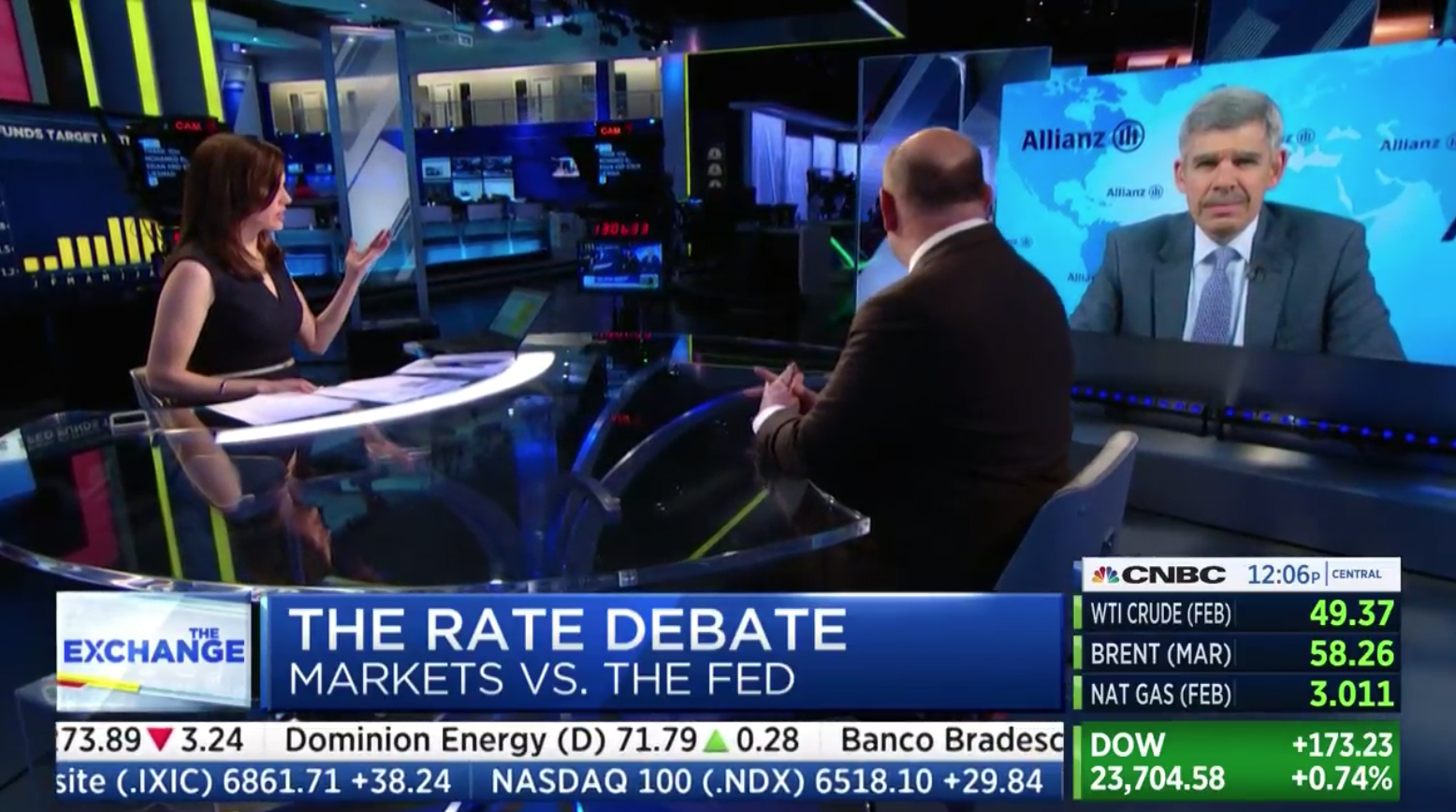 In addition, the show also uses the panels and a combination of wide, sweeping shots to blend remote guests with in-studio guests and charts. 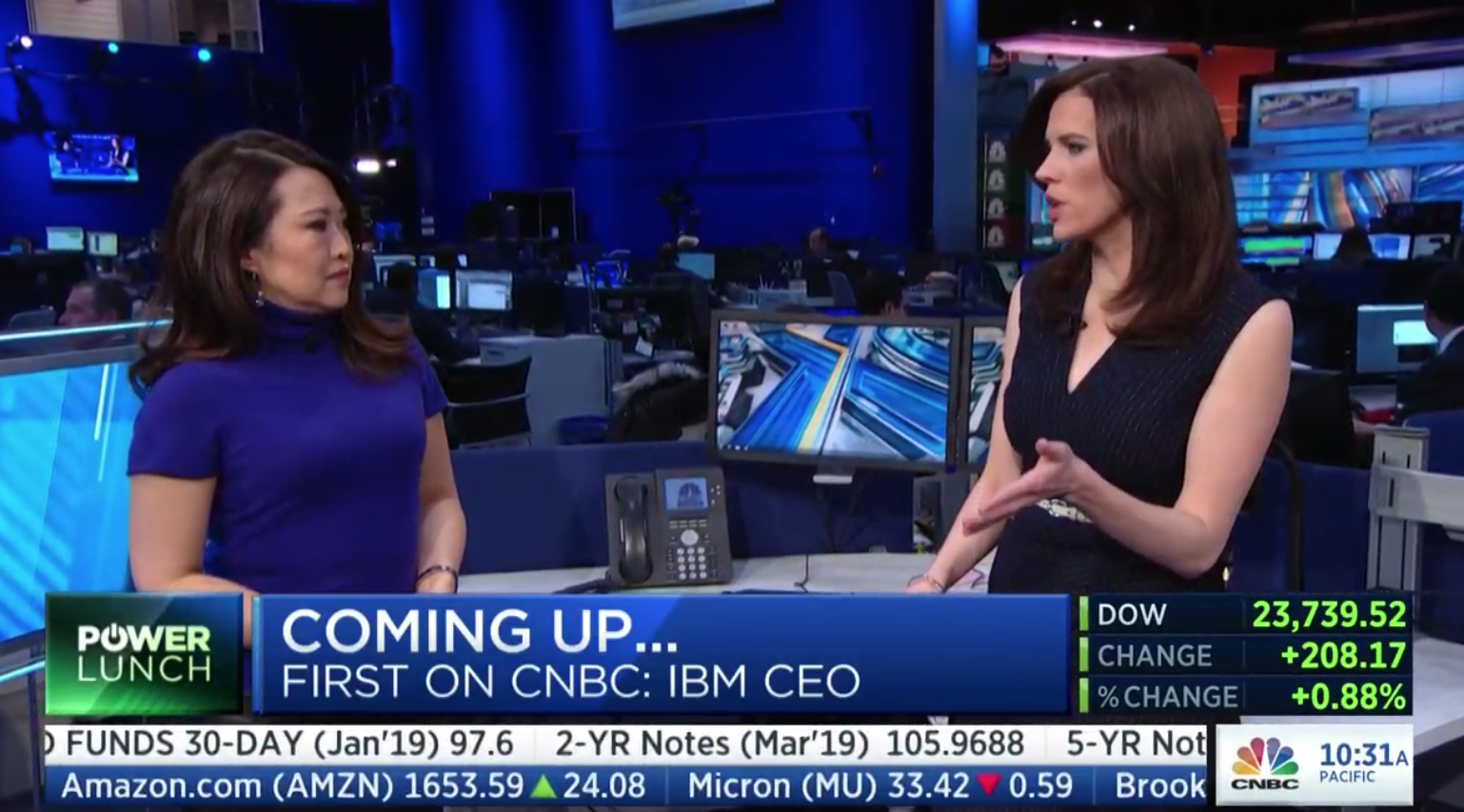 Another short segment of the show originated from the newsroom in a debriefing style. 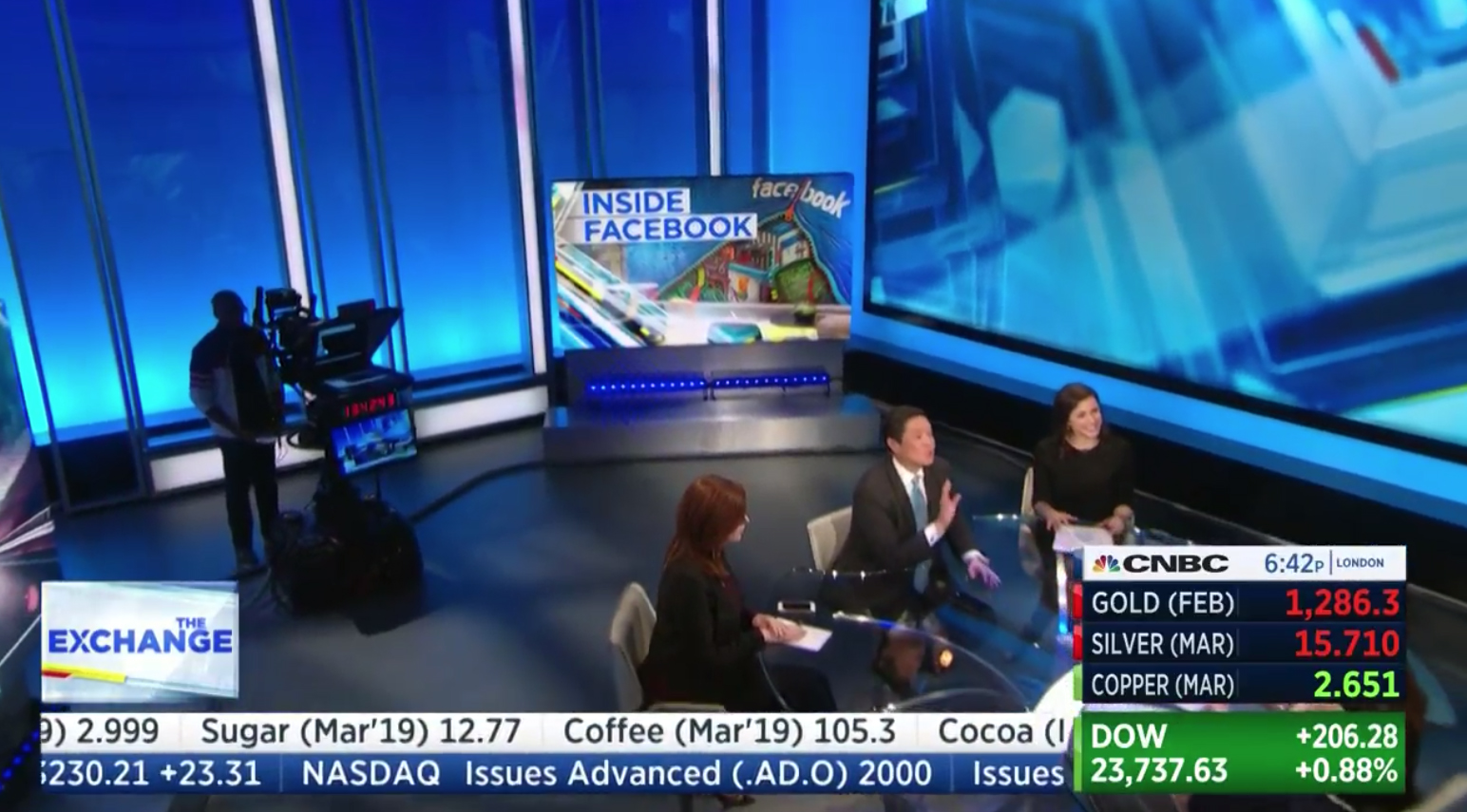 Another roundtable-style segment originated from another corner of the studio, with video panels placed around Evans and the guests. 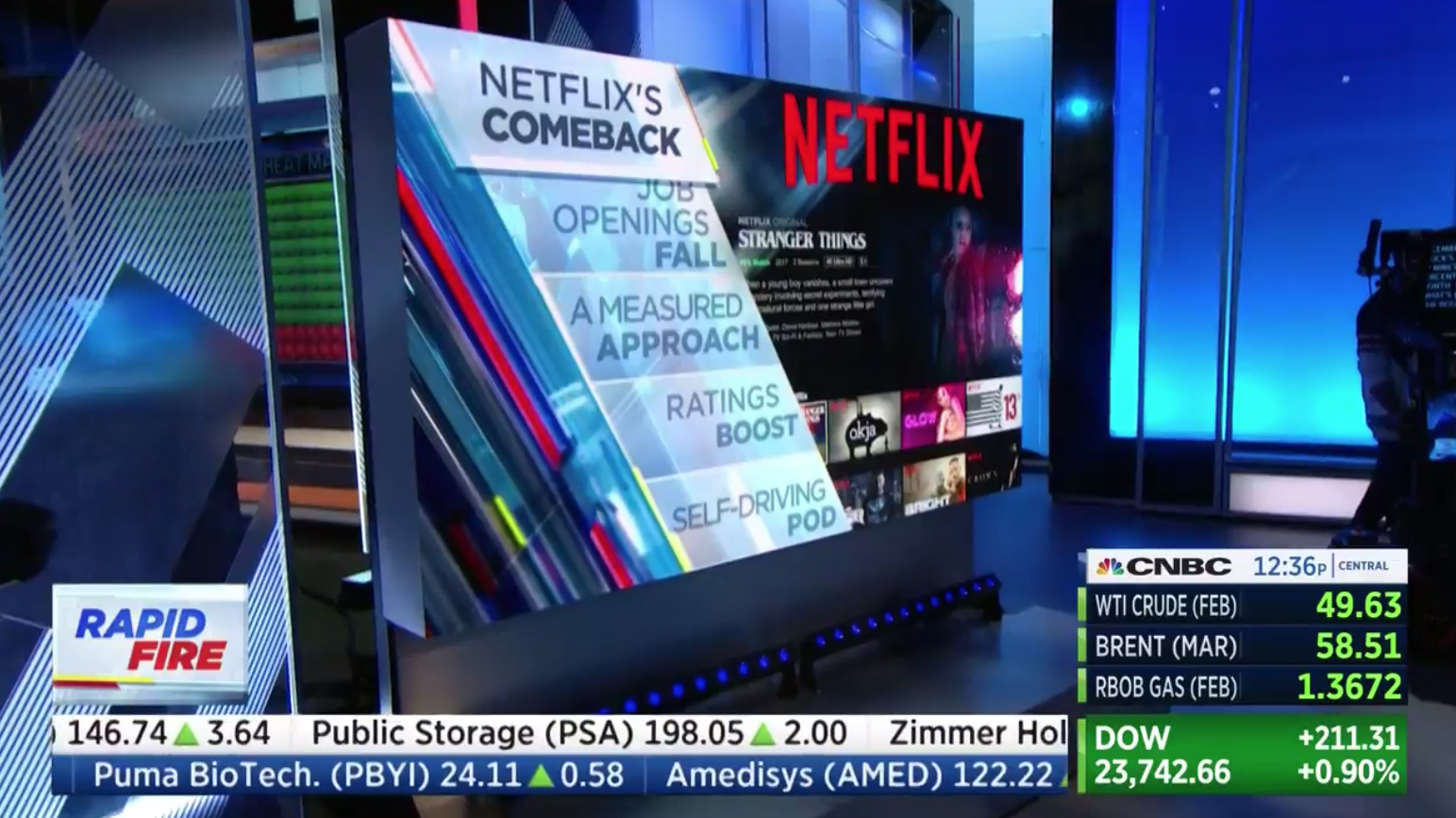 The segment, which is called ‘Rapid Fire,’ includes an angled rundown-style graphic that is showcased via both walk and wander shots as well as appearing behind guests.

CNBC’s augmented reality is powered by Brainstorm’s eStudio with camera tracking from NCam.