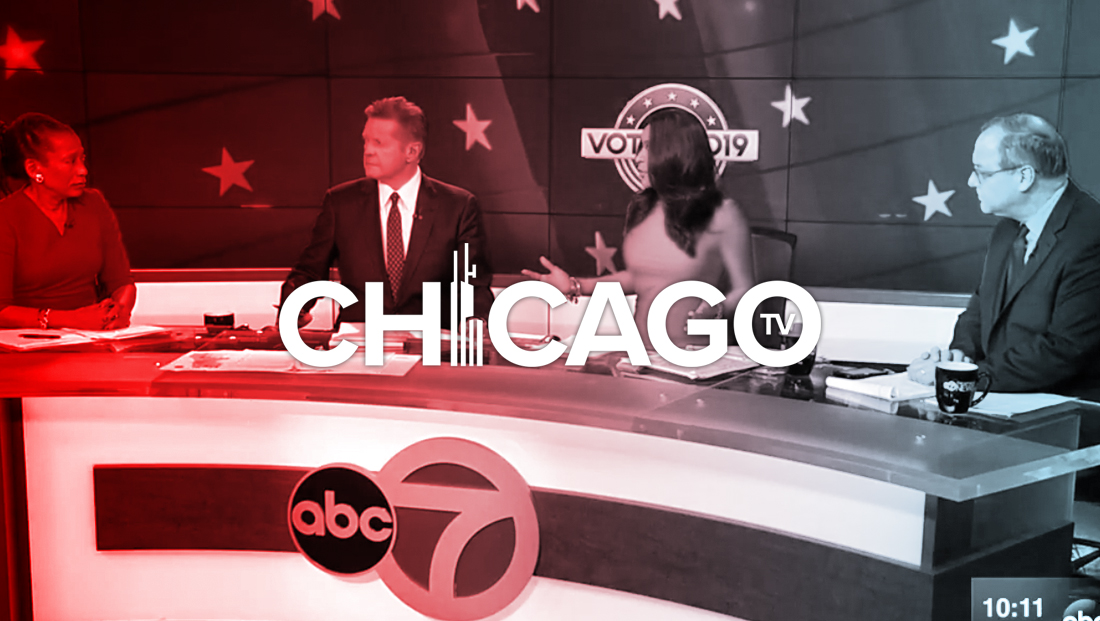 No matter what the results, the 2019 runoff election for the next mayor of Chicago was going to be historic — and local TV stations dedicated significant coverage to what would have likely otherwise been a quieter election night.

The city first voted for mayor in February, but city law dictates that if no single candidate wins more than half the vote, a runoff is held.

With a record breaking 14 candidates in the running, a runoff was all but guaranteed. The two candidates who emerged with the most votes, and therefore faced off in the runoff, were Toni Preckwinkle and Lori Lightfoot — both black women.

So, while it was clear the city would have its first black female mayor, the two candidates sparred throughout the approximately two months between elections, meaning it was a closely watched race. 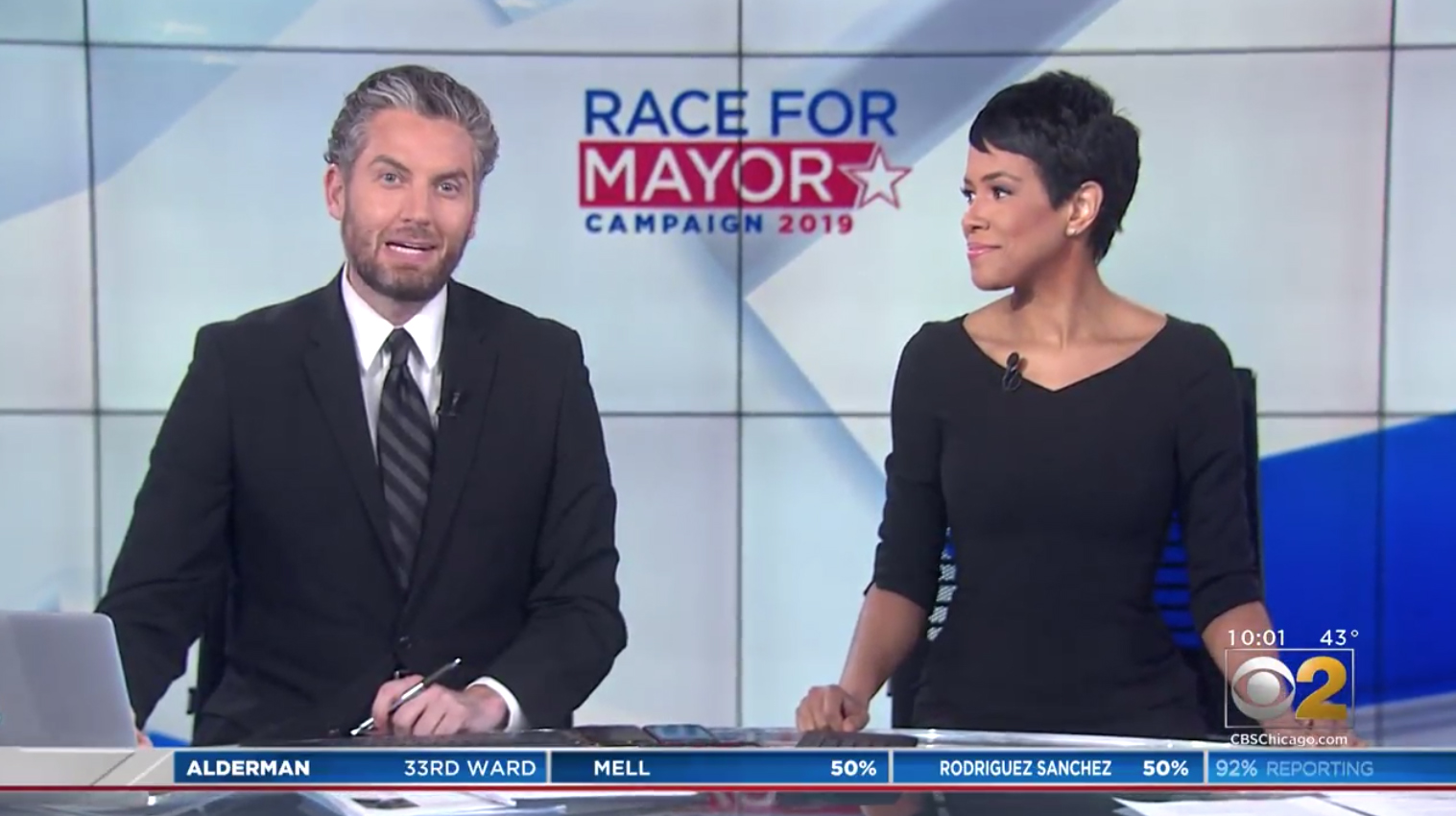 WBBM, the market’s CBS O&O, covered the race throughout the day under its ‘Campaign 2019’ as well as a ‘Race for Mayor’ title, which appeared on the station’s video walls, LED anchor desk front and in a special open used for the 10 p.m. newscast. The station also used a ‘History in Chicago’ lower third banner. 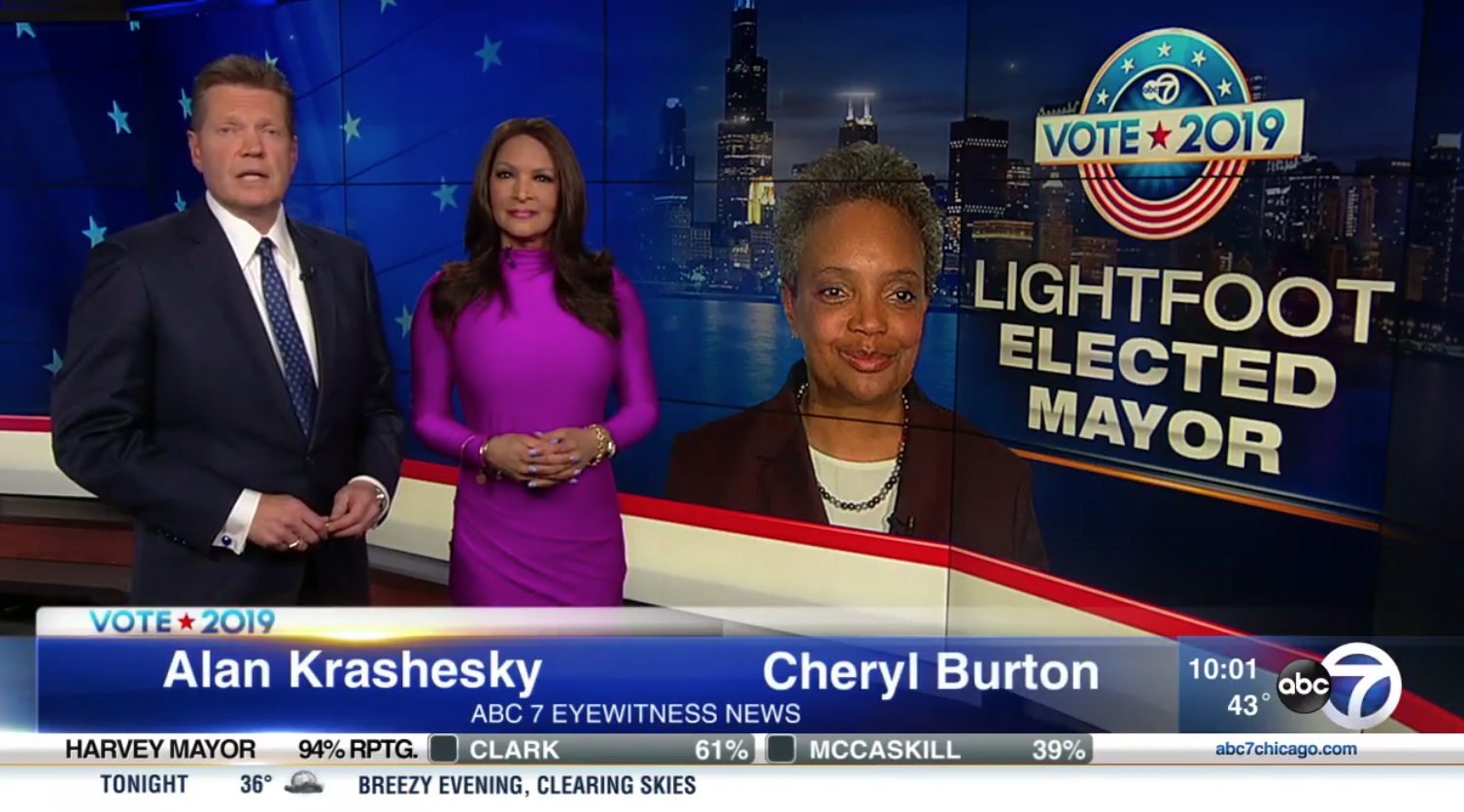 On ABC O&O WLS, the station broke into programming at approximately 8:47 local time with the news that Lori Lightfoot had taken the mayoral race in a ‘landslide.’ The station also lead its 10 p.m. newscast with the story. 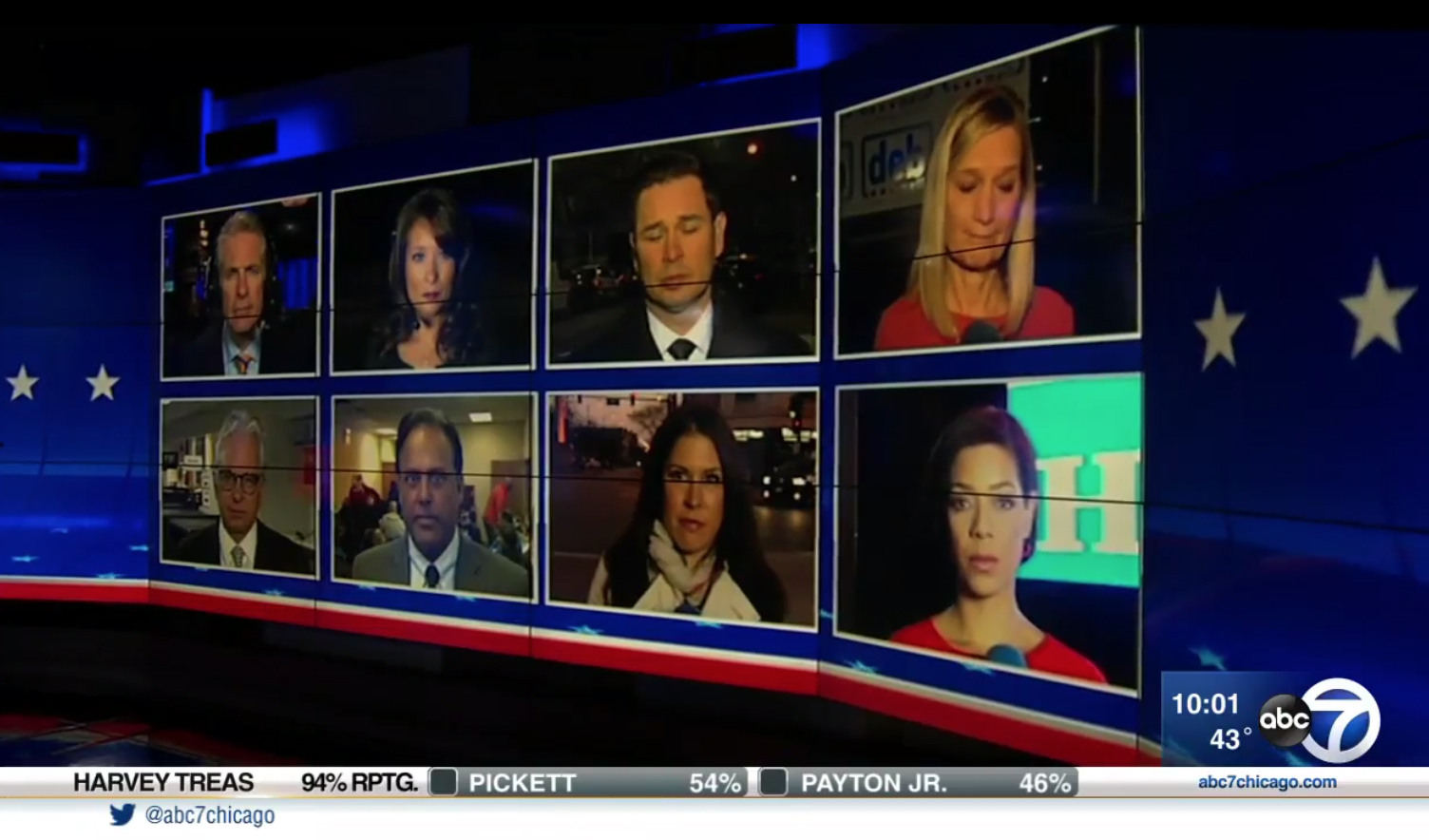 In addition to having its anchors start standing in an off-axis shot against the set’s large video wall, the station also used it to showcase photos of the candidates and an ‘eight box’ of team coverage. The anchors then moved to the anchor desk, where the station fed its ‘Vote 2019’ branded background behind them. This background was also used during the cut-ins. 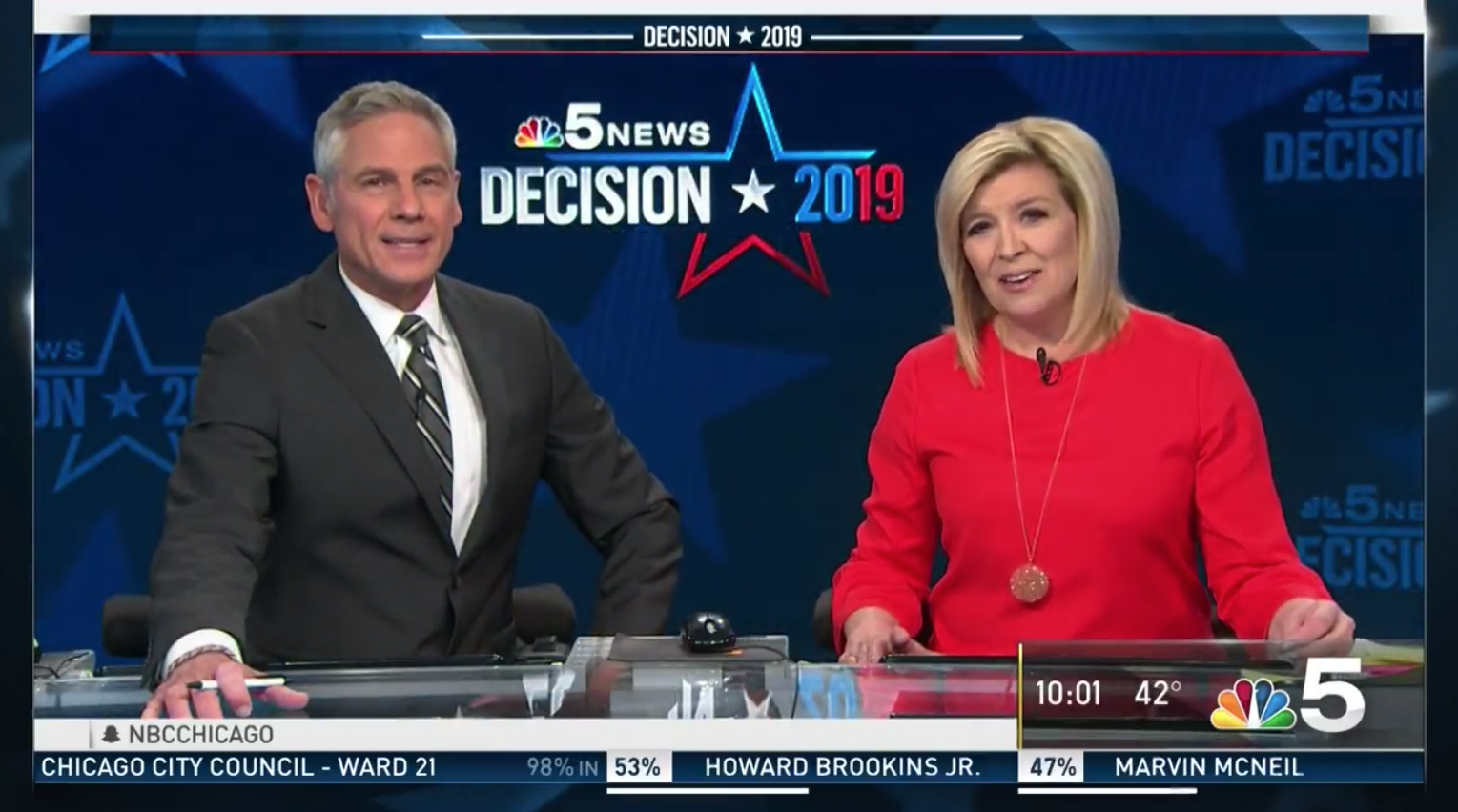 NBC O&O WMAQ fed its ‘Decision 2019’ graphic to its video wall, like it did in February. 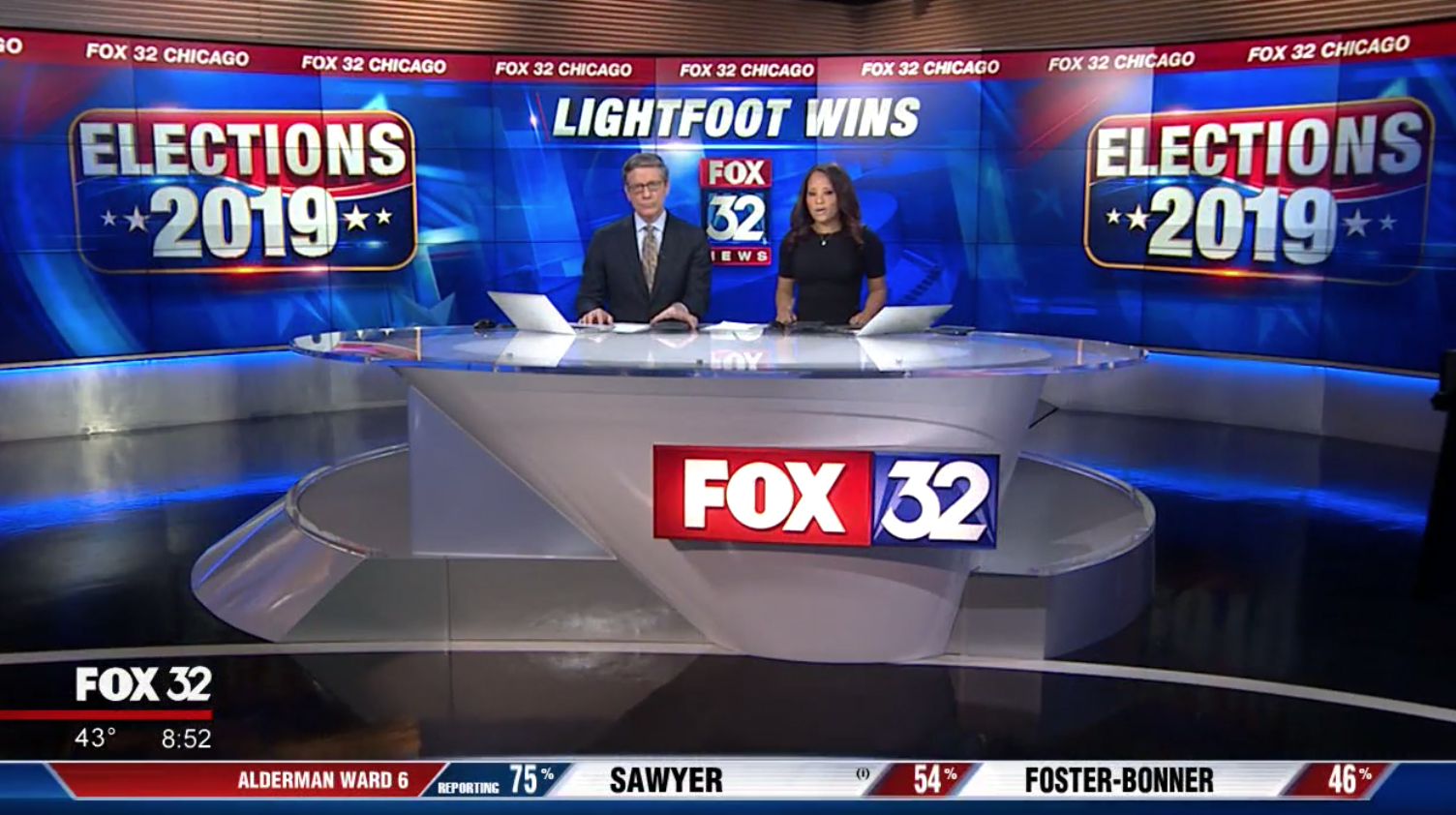 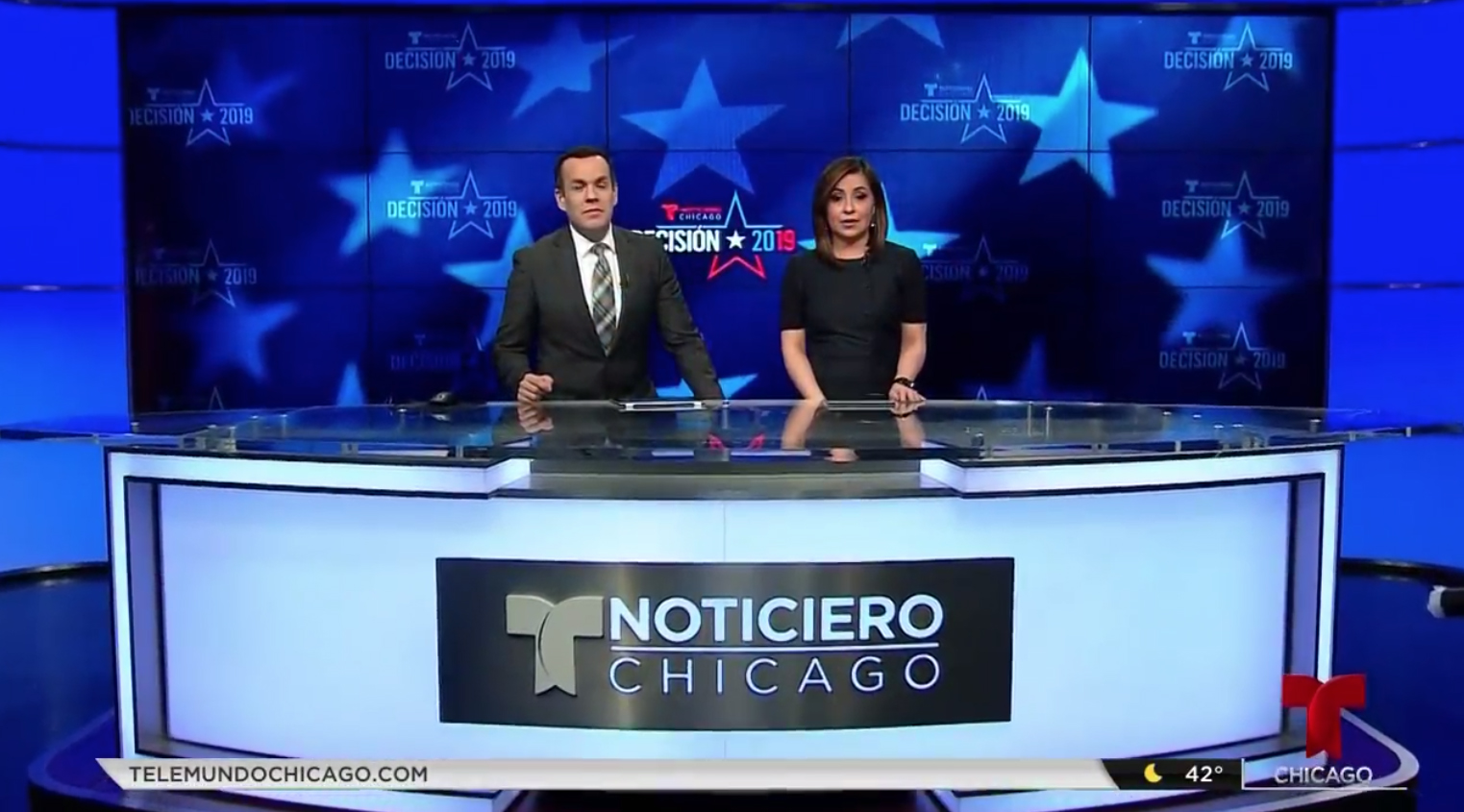 WSNS, the sister station of WMAQ, used a similar look for its coverage — which used ‘Decisión 2019′ branding.