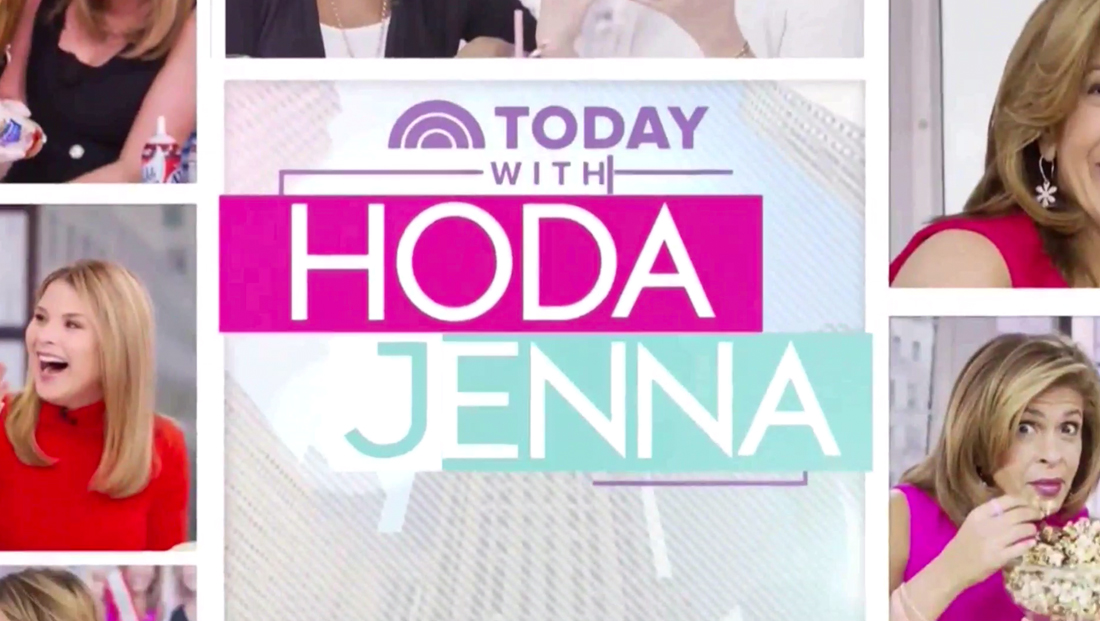 Hager took over for Kathie Lee Gifford on the fourth hour of “Today” Monday April 8, 2019.

The show debuted a new open, with Kotb’s name moving to the first position in the voiceover and graphics, that included photos of Hager and Kotb on set. Many of these images appear to have been taken from previous shows — Hager frequently served as a fill-in host for both Kotb and Gifford.

For the debut, the show started with a cold open in the makeup room, before cutting to the open and then followed Kotb and Hager as they entered Studio 1A from behind the “Today” sunrise logo sculpture.

NBC did not keep the caricature-styled illustrations of the hosts that were used during much of Gifford’s tenure.

The show retained the same glass desk that Kotb and Gifford used, but updated the video wall background to feature a simulated frosted center panel flanked by wood shelves with books and knick-knacks.

A feed of Rockefeller Center remains behind home base, though it is less prominent thanks to a heavier frost effect.

The center “panel” boasts the show’s new official logo — with Kotb and Hager’s first names in pink and teal boxes, respectively, with a think violet outline and the primary “Today” logo on top.

A violet ampersand sits mostly outside of the boxes, though parts of it poke into the colored boxes.

The logo sculpture was colorized to match the old logo. 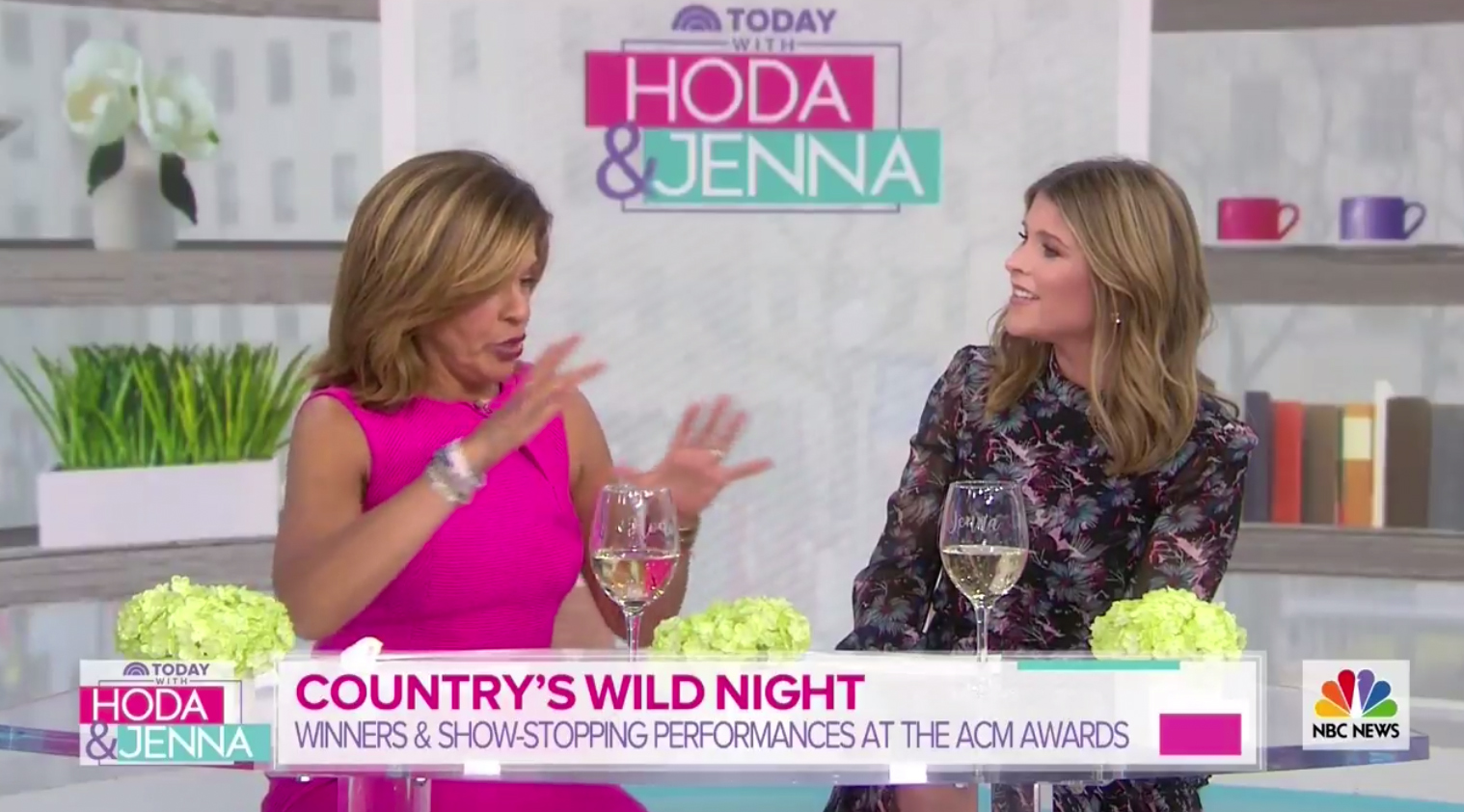 In addition, the show also switched to new graphics that match the logo design — a semi-transparent white rectangle with multiple outline accents and slowly moving teal and pink accents. The show also got its own animated logo bug, which sits in the lower left. This is in addition to the NBC News bug on the right, which adds teal animation elements but does not switch between the peacock and ‘Today’ icon during this hour of programming.

The new graphics also switch the fourth hour’s look over to use the full 16:9 aspect ratio that the main blocks of “Today” switched to in January.

From January to April, the fourth hour used its old graphics, which were a variation of the show’s old main graphics package.

The look does not, however, use the blue, red and violet solid rectangles that were introduced in January on the first three hours of “Today” and the typography remains in the Proxima typeface that the rest of the show uses (and the fourth hour previously used). 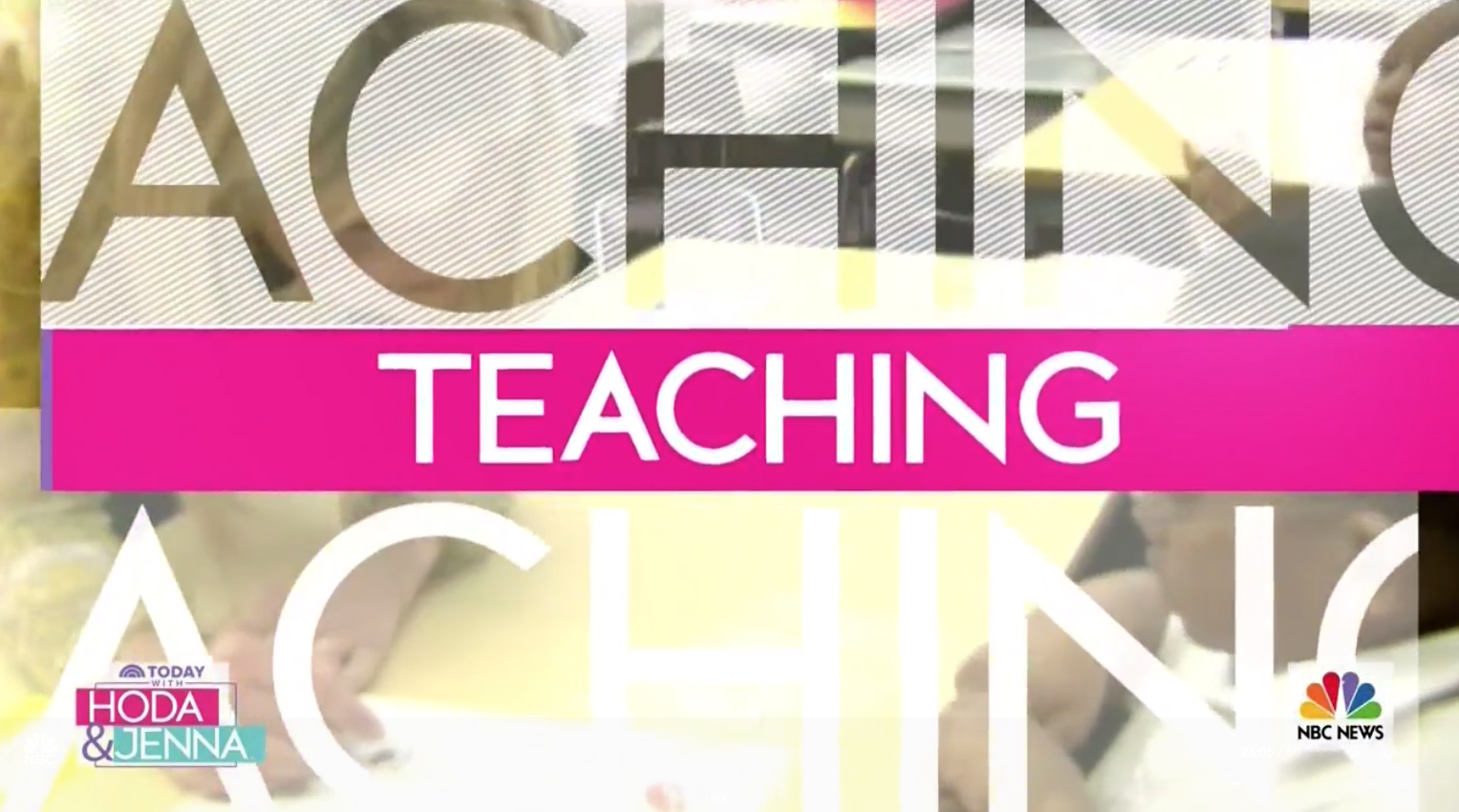 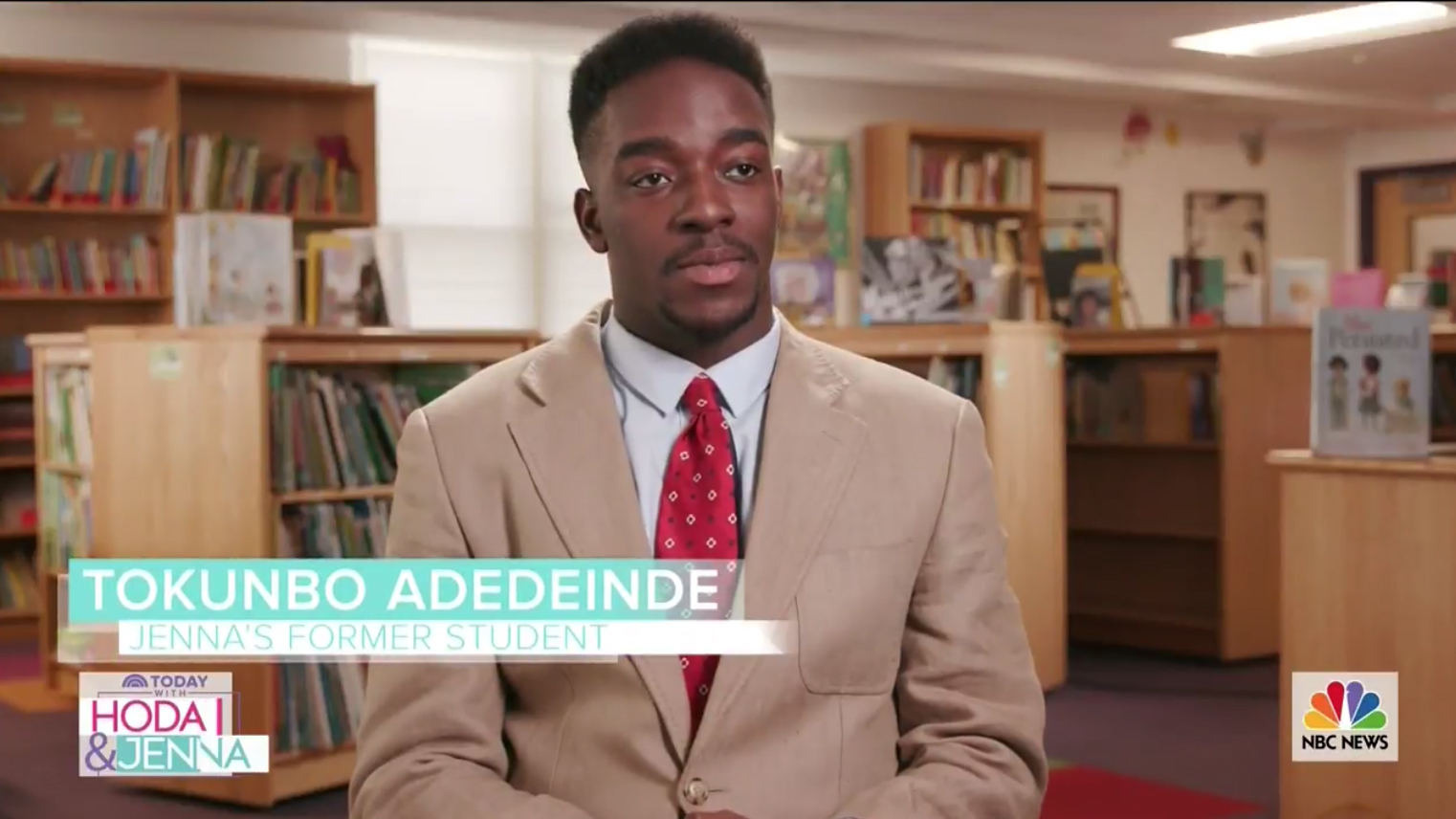 The interviews themselves featured an alternative lower third design. 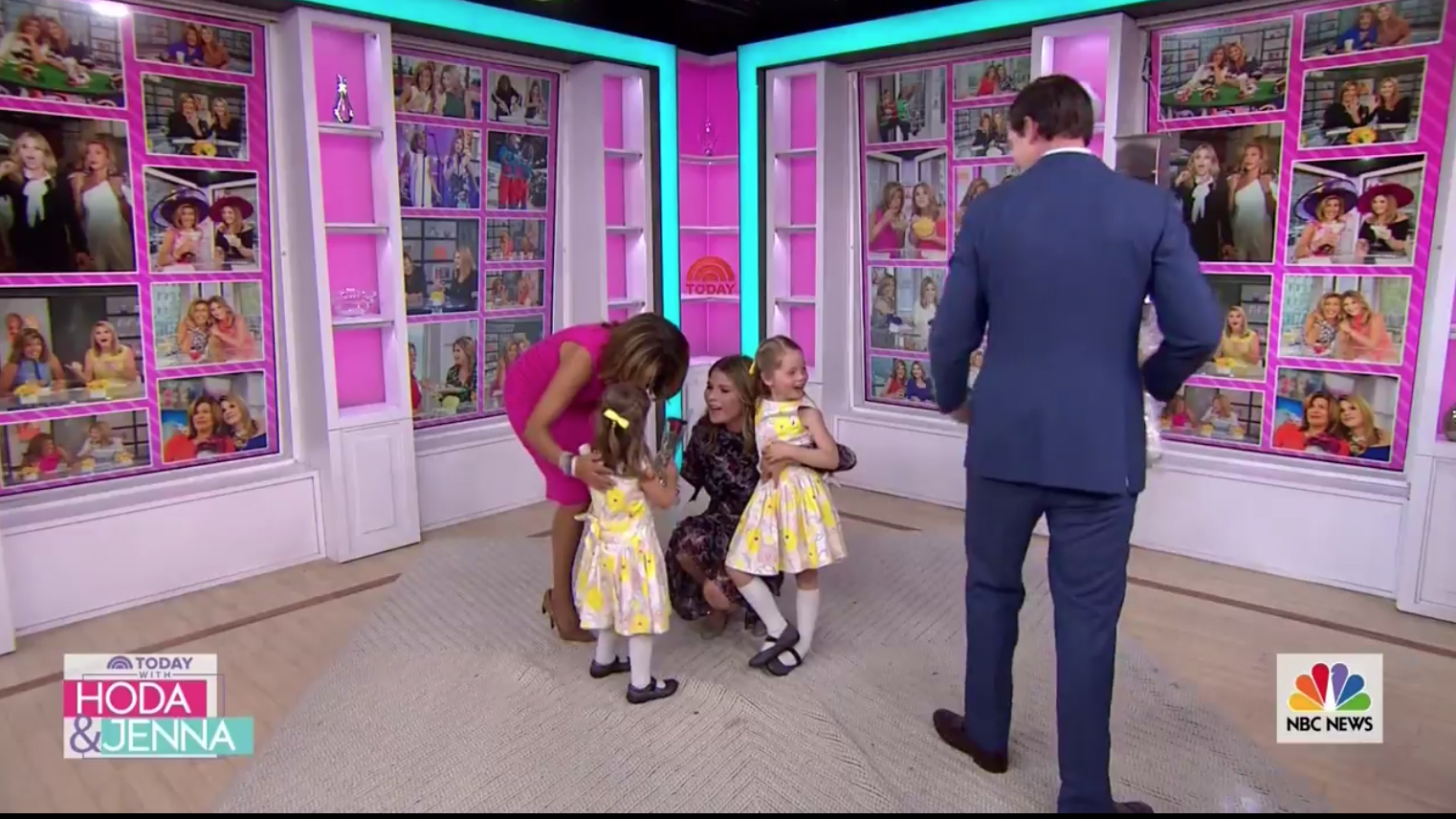 For a segment where Hager’s daughters and husband made a surprise appearance, the show moved up to the second floor corner set that was originally built for Kotb and Gifford — with the backlit shelving and internally lit frames changed to teal and pink.