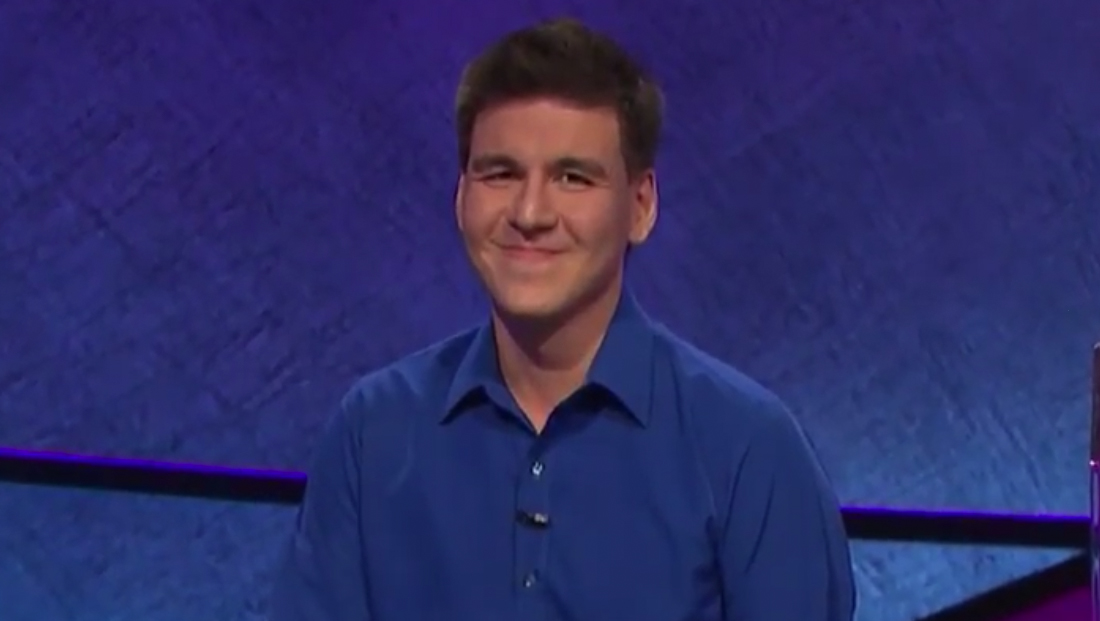 James Holzhauer — or “Jeopardy! James” as he’s become known — returns to the game show Monday, May 20, 2019, to continue his record breaking winning streak that would have proven challenging on the show’s old style scoreboards.

Holzhauer didn’t appear from May 6 to 17, however, due to the annual Teachers Tournament that had been scheduled to air during those two weeks.

The champ has beat several records, including his own, and holds all top 10 of single game totals.

His own single day record tops out at $131,127 — a six figure total that wouldn’t have fully fit on the show’s old scoreboards. 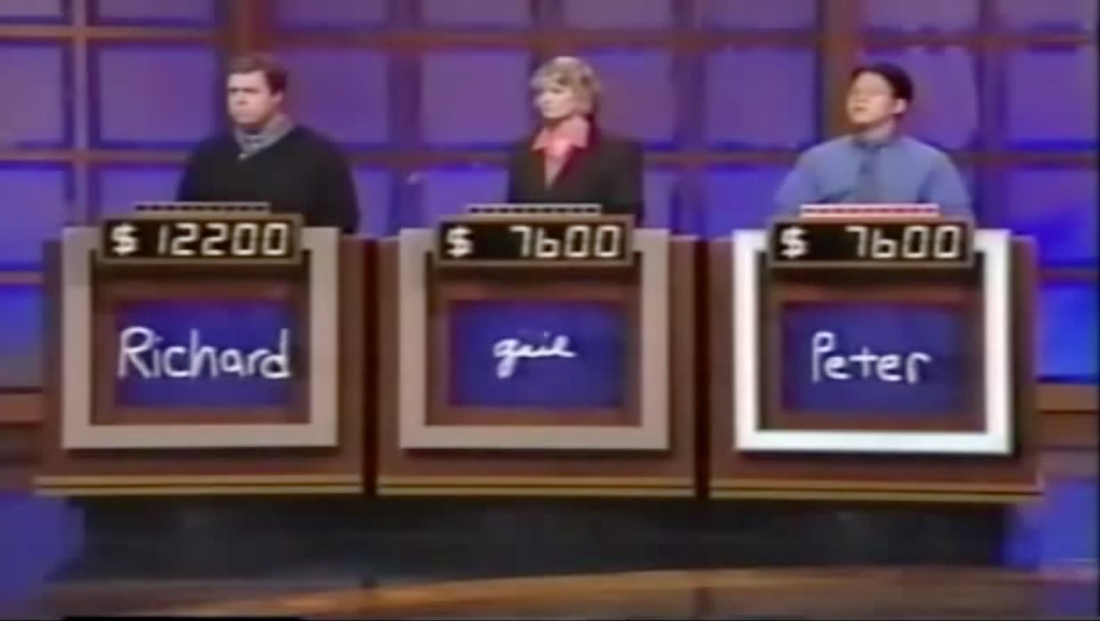 Prior to the 2003 season, “Jeopardy!” used the “7-segment” scoreboards that could display five digits plus the dollar sign.

7-segment displays, which back in the 2000s were commonly found on digital alarm clocks, use seven line segments that form a boxy iteration of the number “8.”

They can display any number “0” through “9” by changing which segments are lit.

The displays also come in non-lit versions where a white or other colored segments can be “toggled” on to form the desired number.

Back in the days of the 7-segment scoreboards this meant the maximum possible score the show could display was $99,999.

In theory, the dollar sign position could have been used to display a number if it was a 14- or 16-digit display, but from the outline of it, it appears the position may have been configured to only show the dollar sign.

Before Holzhauer, the single game record was a “mere” $77,000, which would have fit just fine on the old scoreboards.

Before bumping up the clue values, it was obviously a lot harder to reach a six digit score at the end of a game. 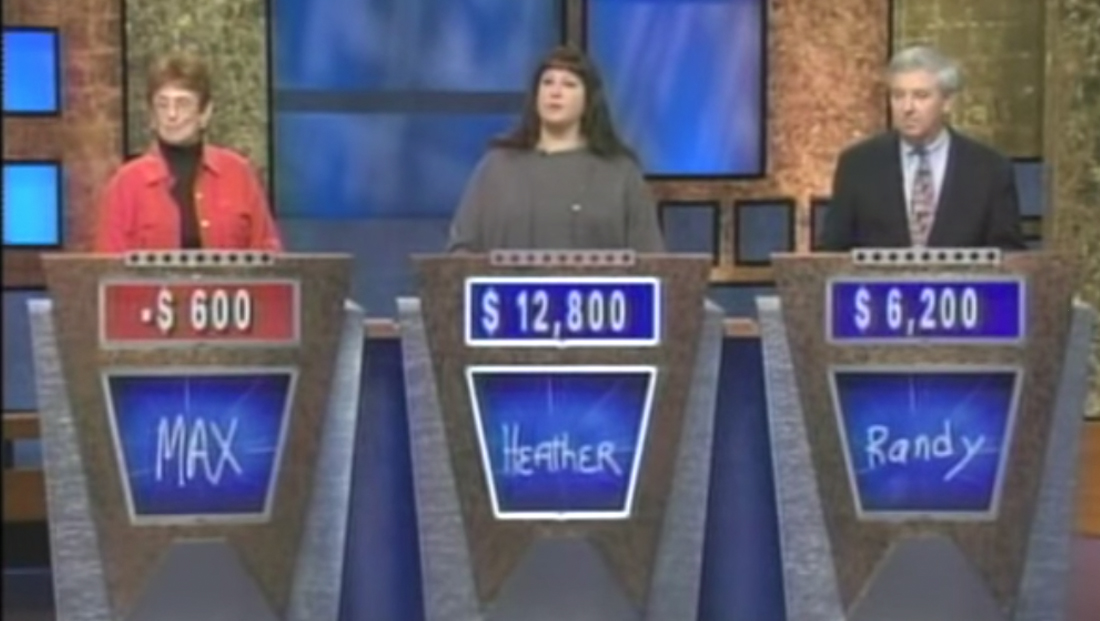 When the show debuted a new set in 2003, its switched to displaying scores on video screens — which essentially removed any limit on how many digits a contestant’s score could be, though the font size could have caused the show to run out of space it a contestant hit an extremely high score.

In this version of the set, “cutouts” in the lecterns were used to frame the video screens. 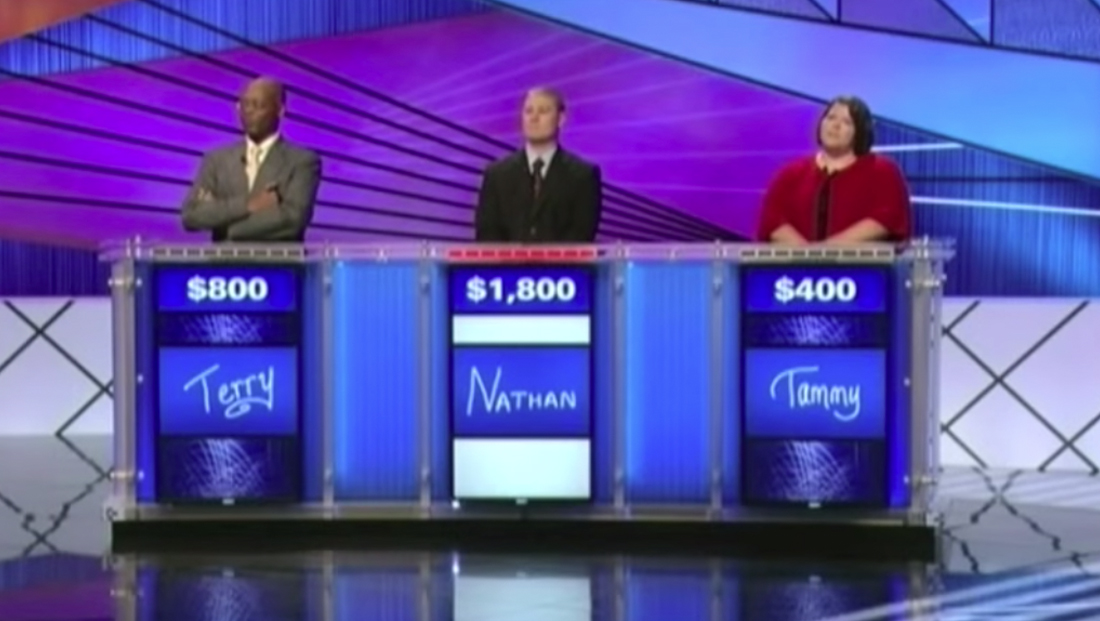 During the 2019 season, the show debuted a new set that was first assembled at the Consumer Electronics Show in Las Vegas as part of parent company Sony’s presence there.

The show was then moved to Stage 10 on Sony Pictures Studios in Culver City, California for the remainder of its life.

With this version of the set, the contestant lecterns were updated to feature a single, vertically mounted Sony flatscreens on the front of the structural components of the lecterns.

The panel was designed, however, to appear to be several distinct parts — the score area above a patterned “divider” between that and the contestant’s name and a larger version of the texture at the bottom.

The show’s graphics system would turn the textured areas to white when a contestant rings in. 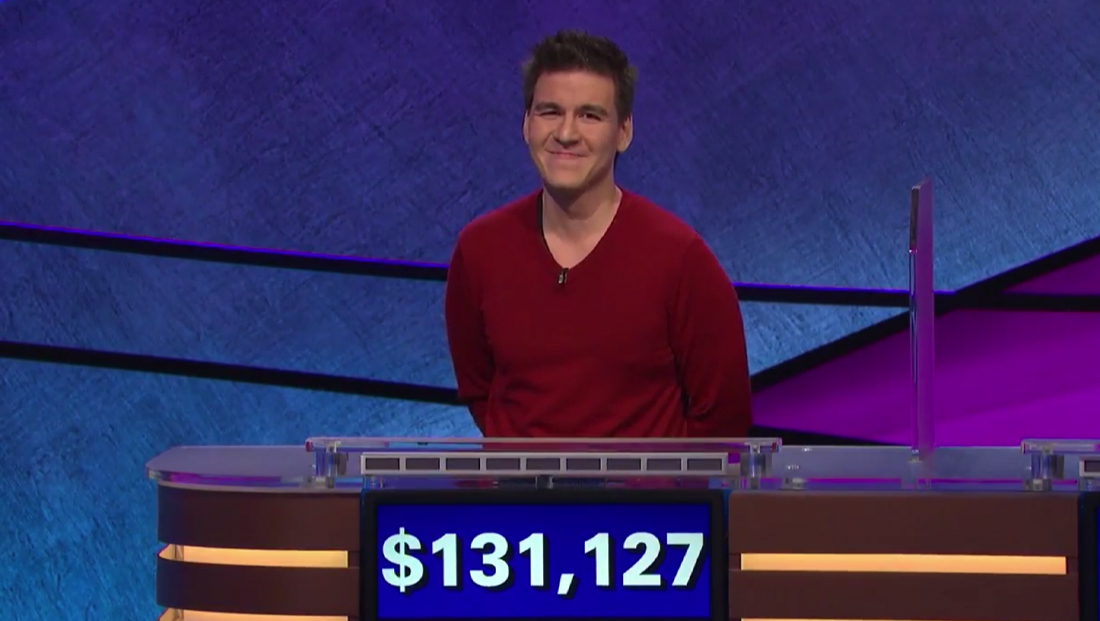 “Jeopardy!’ continues to use a similar setup today — which came in handy when Holzhauer went into six digits — multiple times.

However, a six-figure score seems to be a bit of a “strain” on the space allotted for contestant scores on the video panels — with the six digit totals appearing to be a bit crammed in. 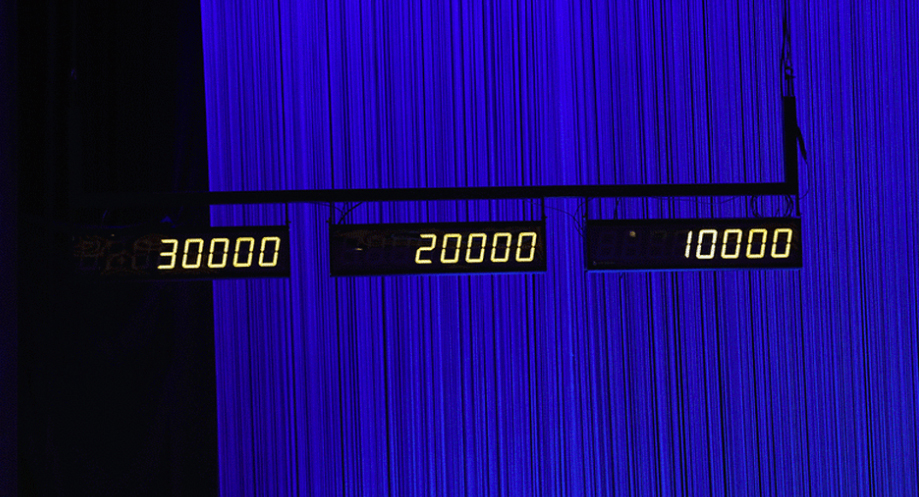 Interestingly, ‘Jeopard’ still features ‘7-segment’ scoring units that are mounted out of camera view but in clear view of contestants. Contestants can often be seen glancing at these units, especially when wagering on Daily Doubles. Photo courtesy of Jeopardy!

“Jeopardy!” did not respond to multiple requests for comment.