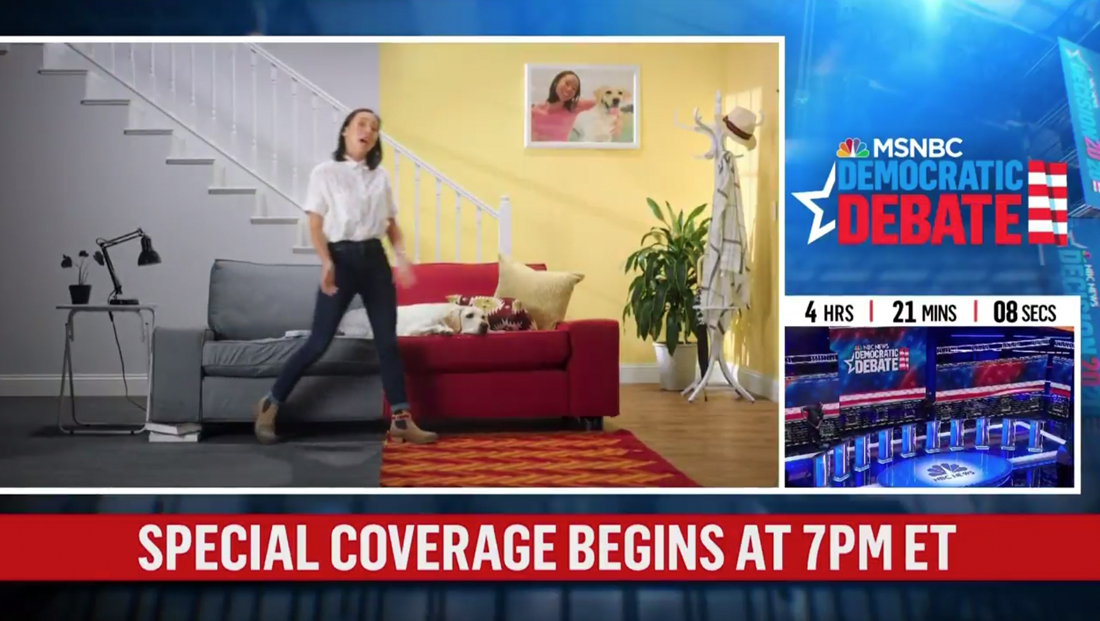 After starting to promote its coverage of the first democratic debate yesterday, MSNBC went bigger Wednesday, June 26, 2019 — the day before the first night of the two night affair.

During many commercial breaks, MSNBC is running the normal ads inside of a branded inset frame.

Below the commercials is a bold red banner saying “Special coverage begins at 7 p.m. ET” (the actual debate starts at 9 p.m.) — as well as the live feed of the debate stage with a countdown above.

Other elements include the faded structural elements that have appeared in other debate and 2020 election related graphics. 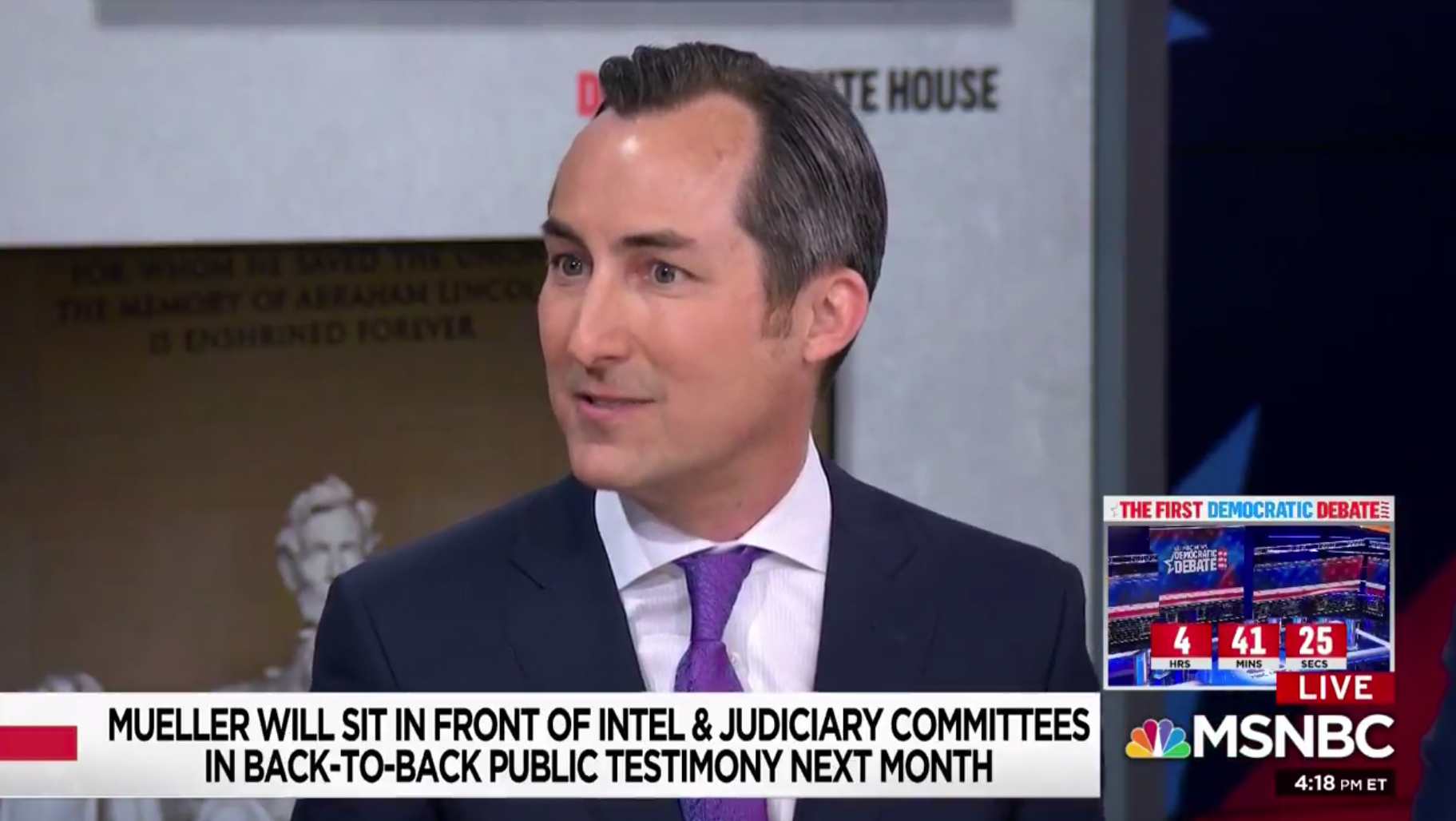 During its programming, a countdown box continues to appear frequently.

In addition, NBC and MSNBC are continuing to run promos for the event during commercial breaks:

Telemundo, which is owned by NBCUniversal, is also running Spanish language promos.