CNN sets up in Detroit ahead of next Democratic Debate 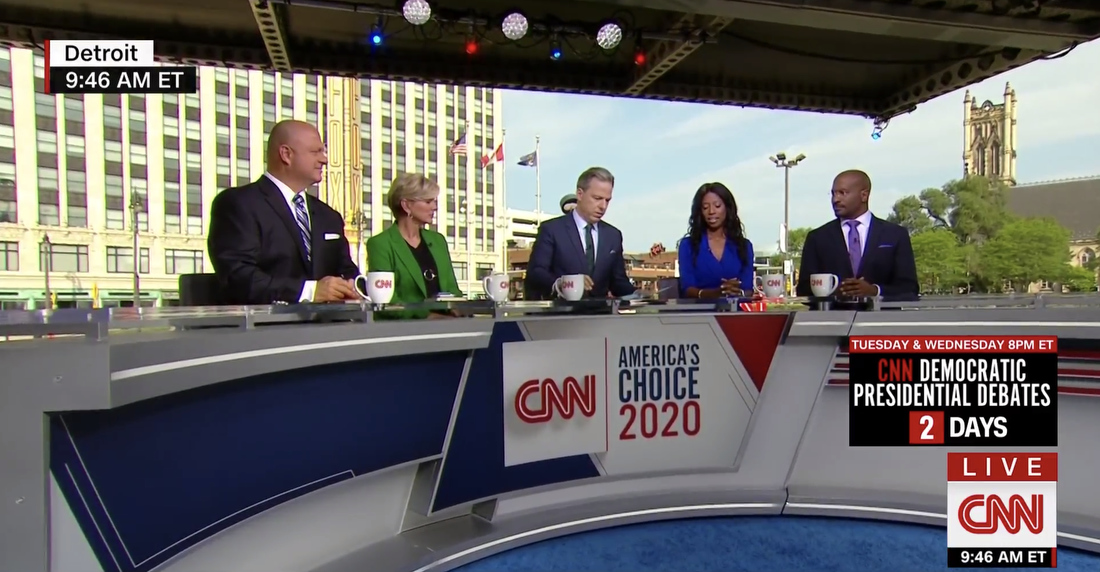 CNN has set up a temporary broadcasting location outside of the Fox Theatre in Detroit, site of the second Democratic debate on July 30 to 31, 2019.

Using its curved traveling desk which first debuted with the 2016 election, the network has erected a studio complete with “America’s Choice 2020” branding.

CNN has also added signage on nearby buildings while a large cutout of its logo is strategically placed for bump shots. 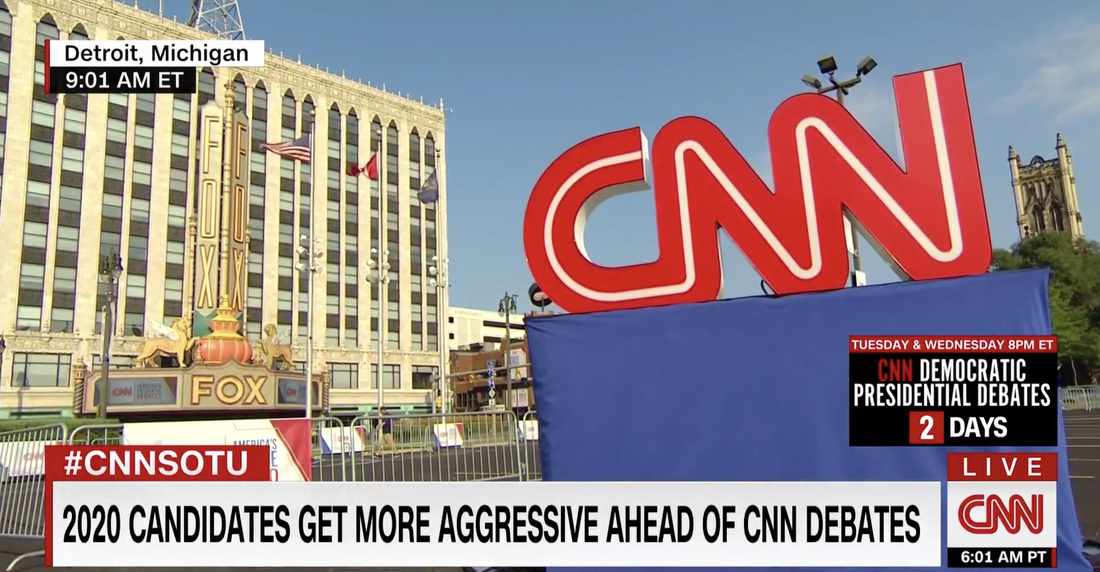 The network is also using a stinger with a matching design when returning from breaks — as well as running snipes along bottom of the screen along with a countdown box. 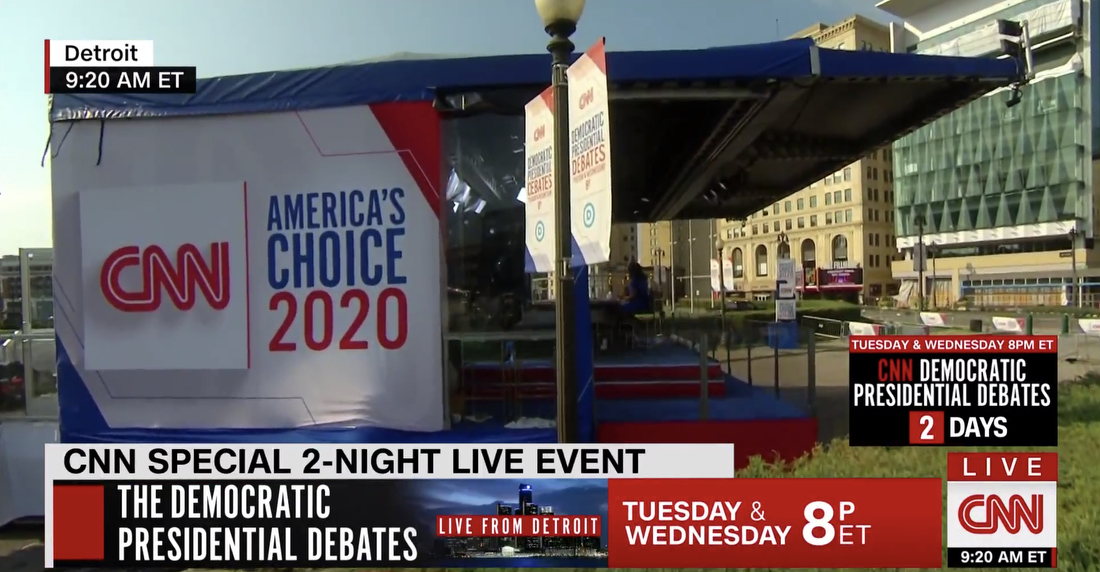 CNN’s weekend programs, like “State of the Union with Jake Tapper,” were live from Detroit ahead of the debate.

Starting Monday, many programs also started originated from the setup, including “New Day.”

Here’s your first look at the CNN debate stage