‘CBS Evening News’ just couldn’t get this word right either 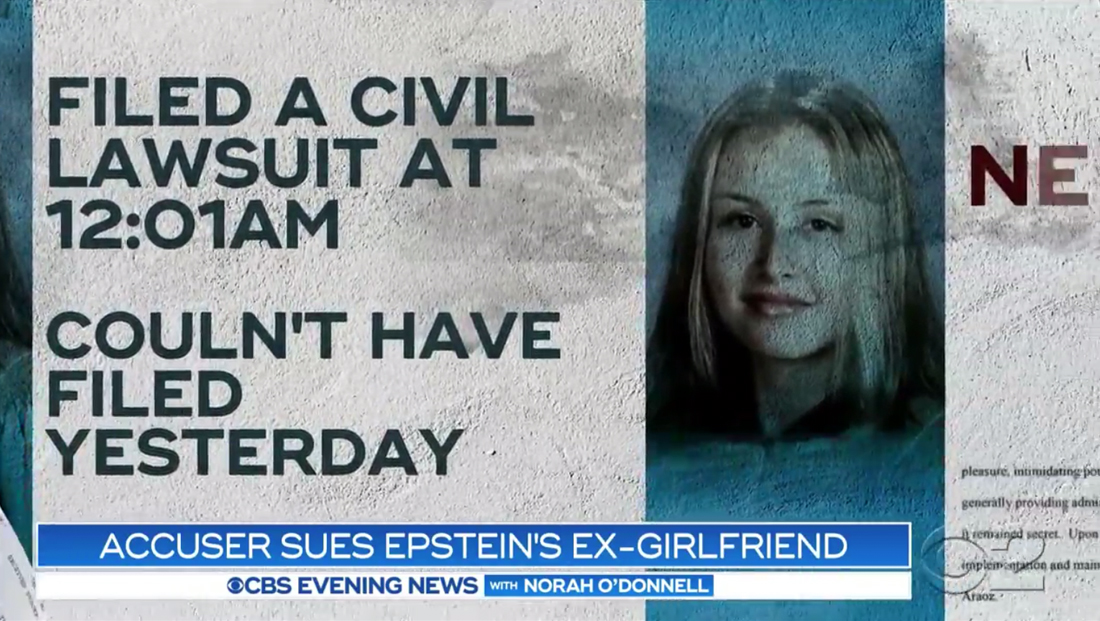 During a segment about New York state’s one year window to file sexual harassment cases no matter when the alleged events took place, the network was using one of its familiar animated infographics.

On-screen text read “Filed a civil lawsuit at 12:01am” followed by “Couln’t have have filed yesterday” — with the contraction that should be spelled with a “D,” “couldn’t,” spelled wrong.

Of course, typos on news graphics are actually fairly common, especially when story production is rushed due to unfolding events.

However, since the graphic itself shows that the lawsuit was filed at 12:01 a.m. — just shy of eighteen and a half hours before the broadcast started — it seems as though CBS might have had at the luxury of time on its side here even if the story didn’t work its way through the processes into the start of the workday Wednesday.

Later in the same animated sequence, the network also put black silhouettes on screen representing three unknown individuals — “The Recruiter,” “The Secretary” and “The Maid” who the lawsuit in question accuse of being part of alleged sexual harassment at the hands of Jeffrey Epstein.

However, “The Maid” graphic extended a bit too far down the screen and was covered by the show’s lower third banner.

The two typos come the same week that anchor Norah O’Donnell was caught on an open mic apparently making a wry observation about sexual harassment in the workplace.