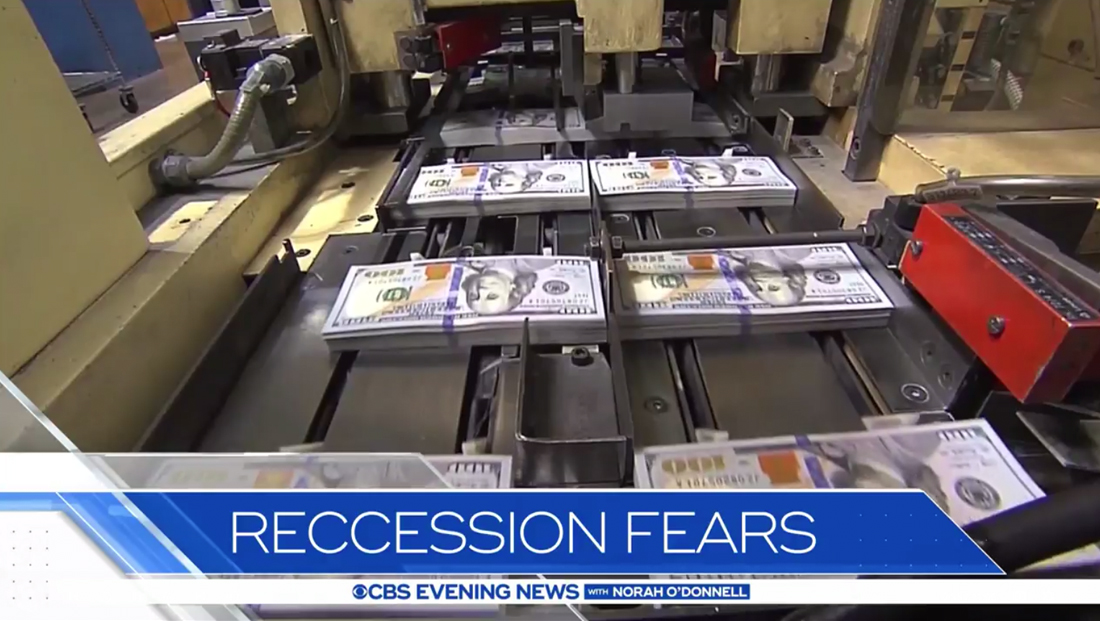 Does the “inverted yield curve” spell trouble for the U.S. economy? Maybe, maybe not — but “CBS Evening News” mixed up how to spell “recession” in one of its graphics Wednesday, Aug. 14, 2019.

In its second tease, the broadcast aired a graphic reading “Reccession fears” with two “C”s in the word “recession.” The word (and its close linguistic cousin “recess”) only has one.

After the top story of the Philadelphia shoutout with police, anchor Norah O’Donnell shifted gears to the economy — and the word “recession,” which was used in both the OTS and banner, was spelled right in both of these cases.

The screenshot above and video excerpt were taken from the first feed of “Evening News.”