ESPN’s ‘The Jump’ upgrades to the Studio H penthouse 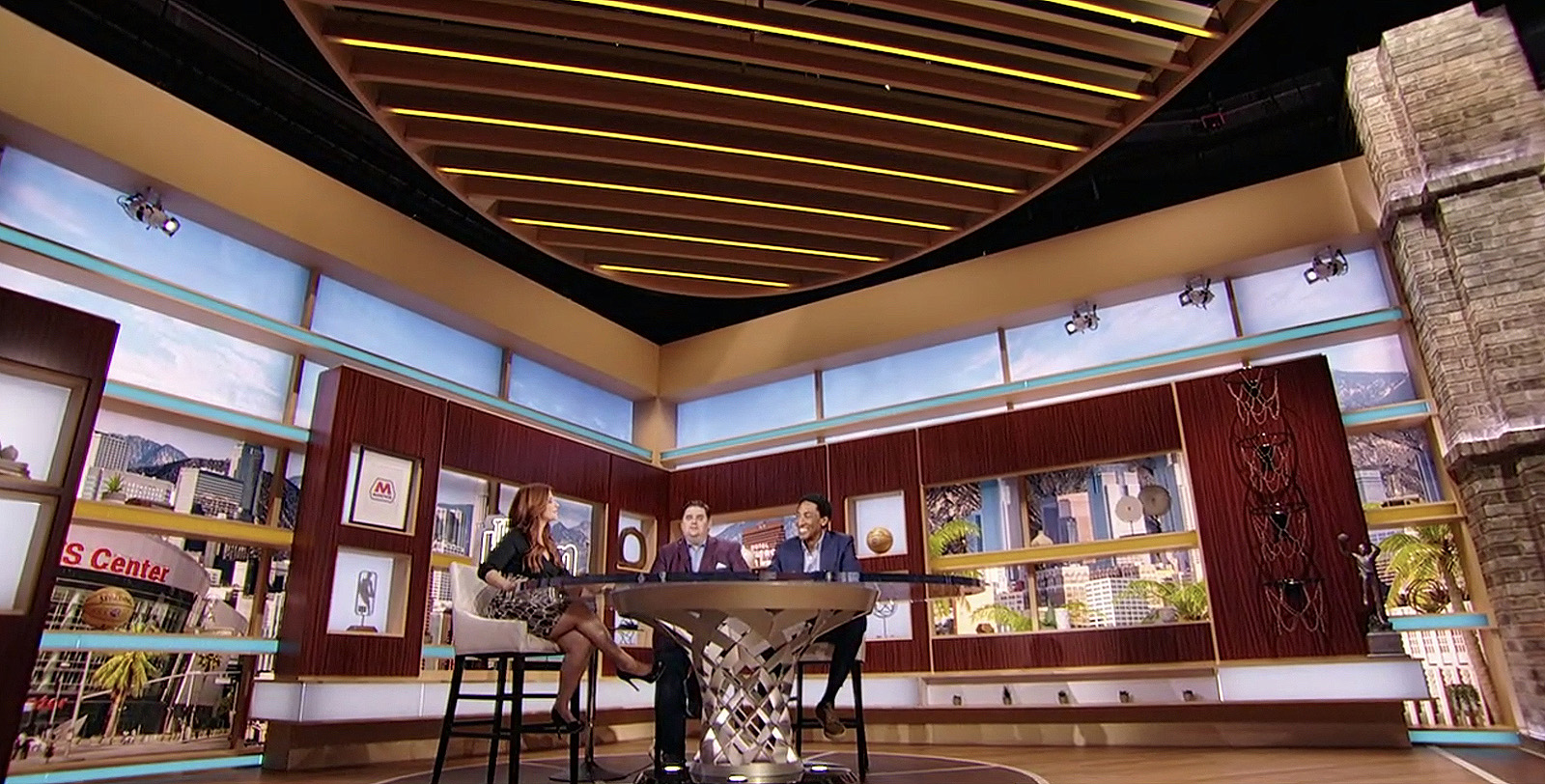 The show’s new homecourt inside Studio H, the same studio the show’s previous sets have also been located in, ties into the full studio space and allows for more flexibility on-air, while the previous set used a relatively small footprint. 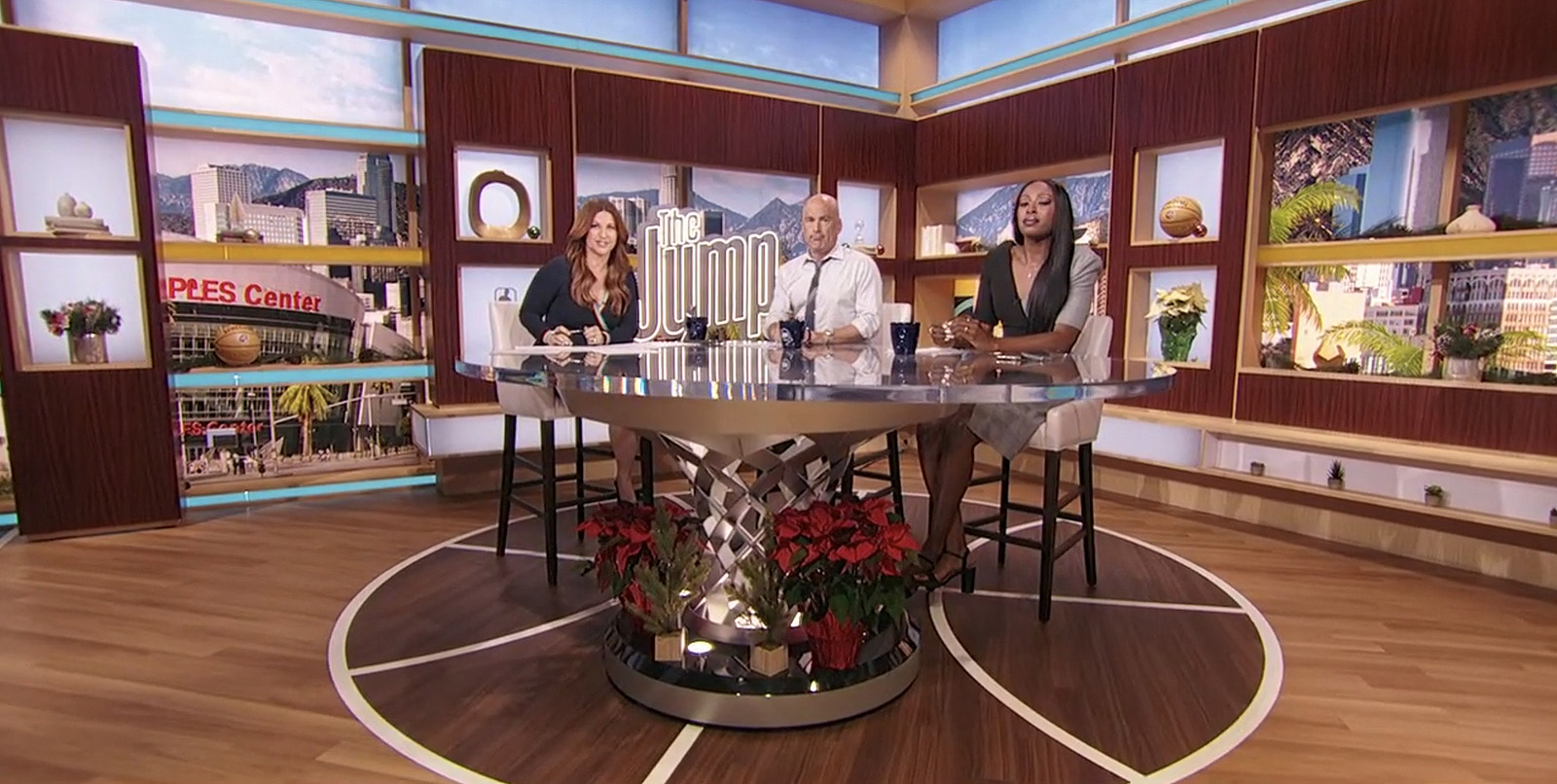 The design also includes color-changing LED-backlit strips to allow for a variety of show looks, such as yellow and aqua for “The Jump.” These strips also double as open shelving units that wrap the area to hold tchotchkes and memorabilia along with a clever area to work in sponsor logos.

The basketball hoop-shaped desk of “The Jump” remains in the new setting. 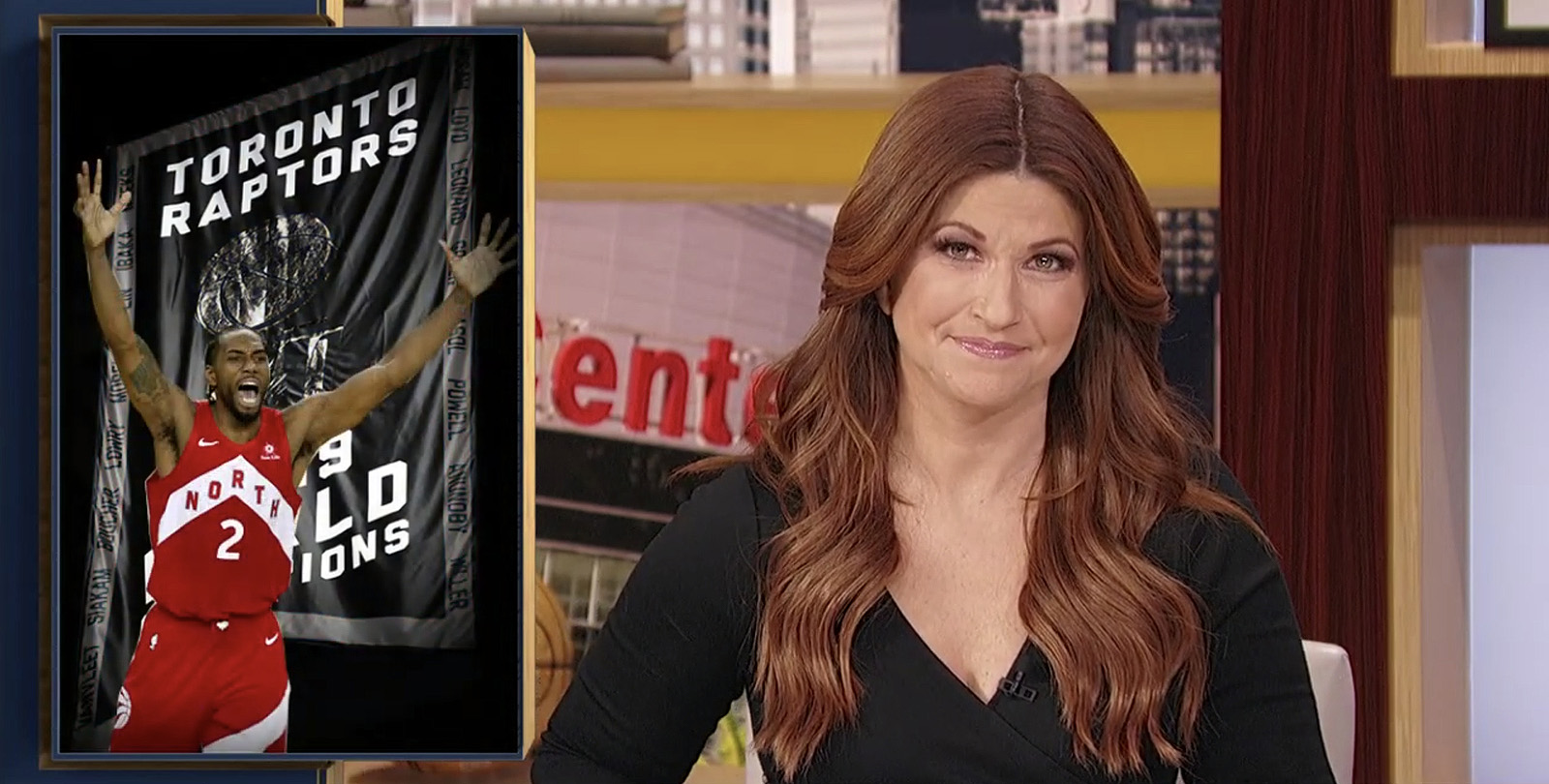 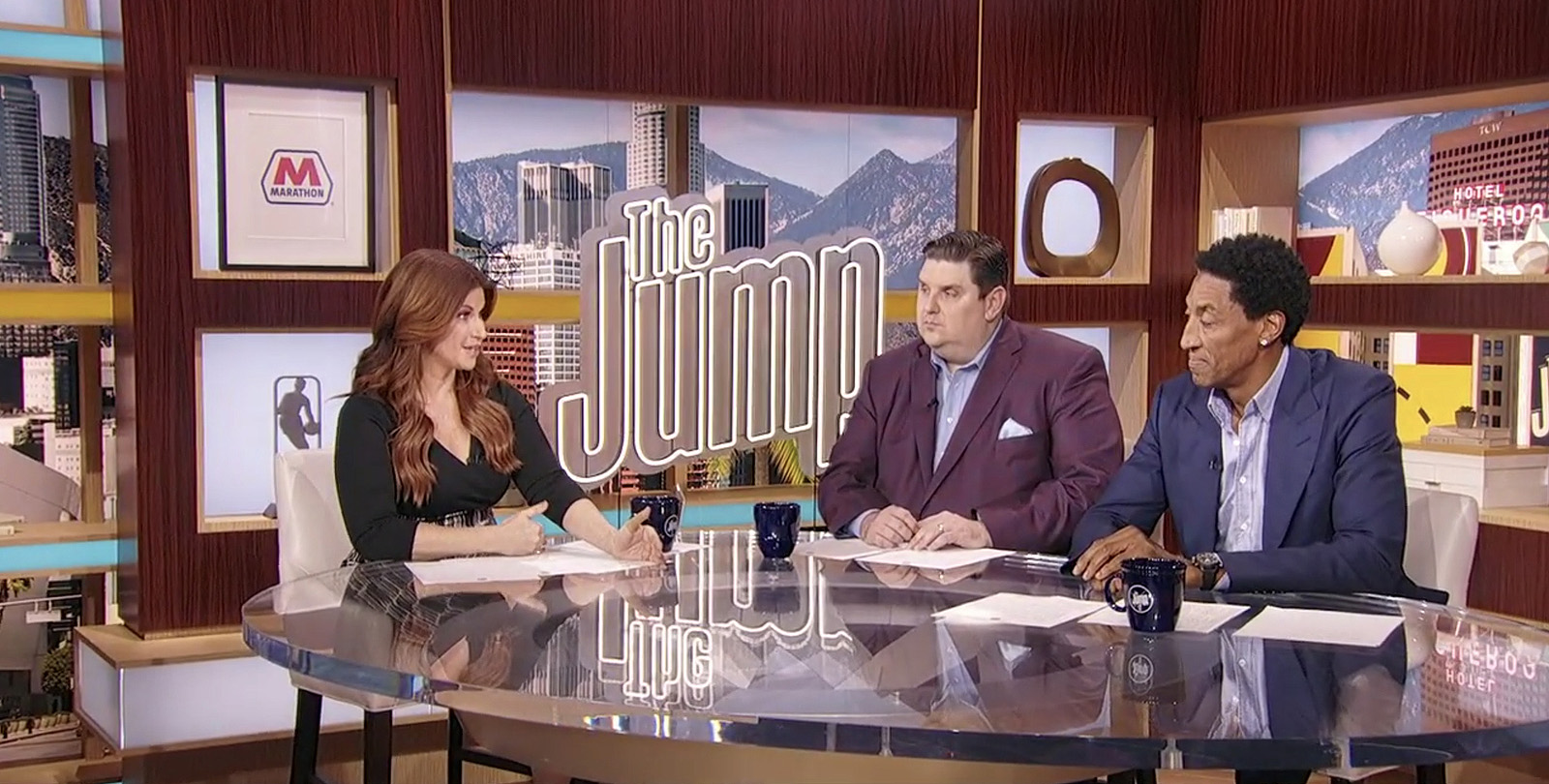 “First Take” used the revamped Studio H for an inaugural week of broadcasts in October as the show relocated to the West Coast for the NBA season tipoff.

The overall Studio H design features a Los-Angeles centric look that’s driven by basketball, since it will house both “The Jump” and select editions of “NBA Countdown,” two of the network’s NBA programs.