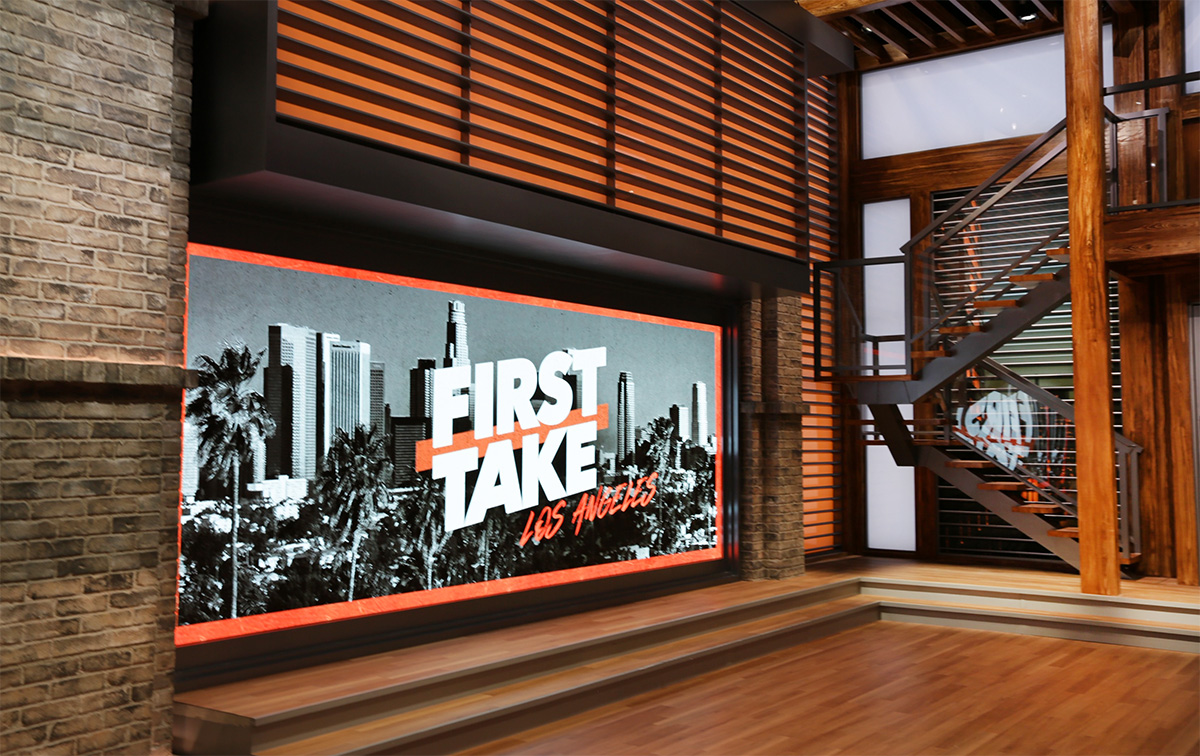 Along with a week of special shows on location and a studio audience made up of fans from both the Los Angeles Lakers and LA Clippers, the show will also have the honors of debuting ESPN’s new Studio H, normally the home of “NBA Countdown.”

The new design, from JHD Group, includes a “Los Angeles-centric look” with imagery of the city’s skyline, notes ESPN.