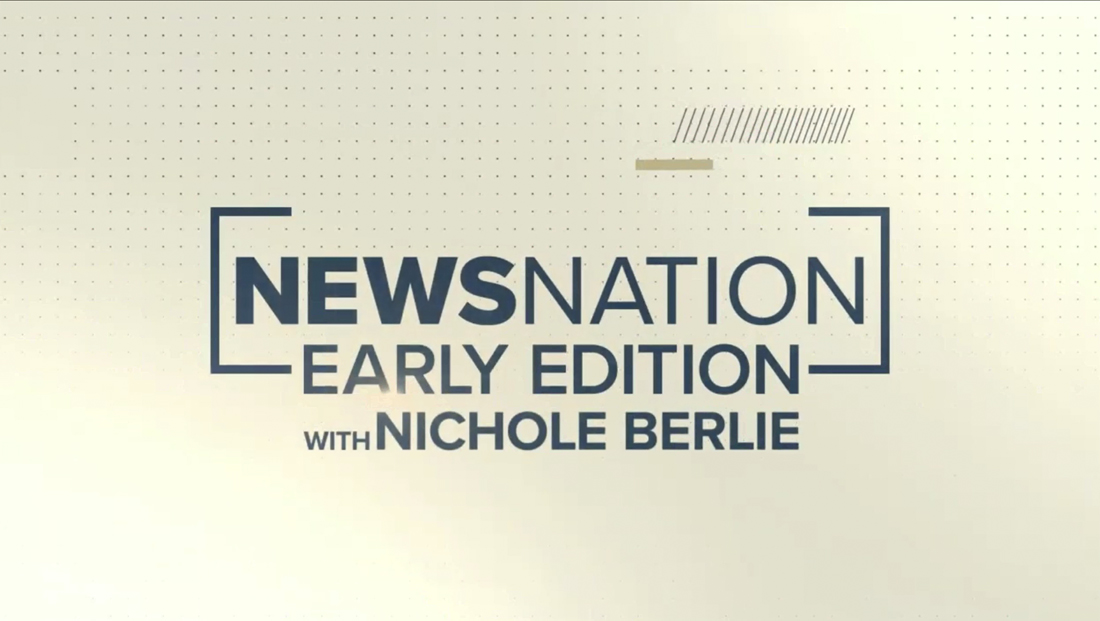 Nexstar’s WGN America channel took on the name of “NewsNation” Monday, March, 1, 2021 and along with that also launched a series of changes to its programming, which now focuses on news from 6 to 10 p.m. eastern.

First up on the schedule is “NewsNation Early Edition,” a completely new hour of programming at 6 p.m.

Anchored by Nichole Berlie, the newscast takes advantage of the beige-tan in its original graphics package to create a “lighter” look — an obvious visual nod to the “earlier” timeslot of the show.

This design still follows the original intent of the Troika created graphics package and the lower third insert graphics remain the same.

“Early Edition” is still produced in the studio Nexstar built for the venture inside the studios of WGN in Chicago, which it, along with WGN America, acquired in late 2019.

For the solo anchor format, the show positions the anchor desk in one corner of the studio, allowing it to use both the so called “crop circle” wall with concentric accents and moving video panels as well as the large video panel installed in front of the set’s staircase.

At the top of the show, three of the crop circle video panels are rotated and showcase a rundown style look — something that was part of the original “NewsNation” newscast that debuted September 2020 and ran from 7 to 10 p.m. eastern — but eventually was no longer used.

Combining the panels into a single array lets it serve as an OTS style background behind Berlie, while the staircase video screen serves a similar role — with some fluid shots incorporating both.

Some minor modifications were made to the Chicago set, including removing the large WGN America logo on the glass panel in the corner between the crop circles and staircase in favor of the “NewsNation” one.

The front of the anchor desk also lost its WGN America logo and can now be swapped out with unique ones for “Early Edition,” “The Donlon Report” and “NewsNation Prime.”