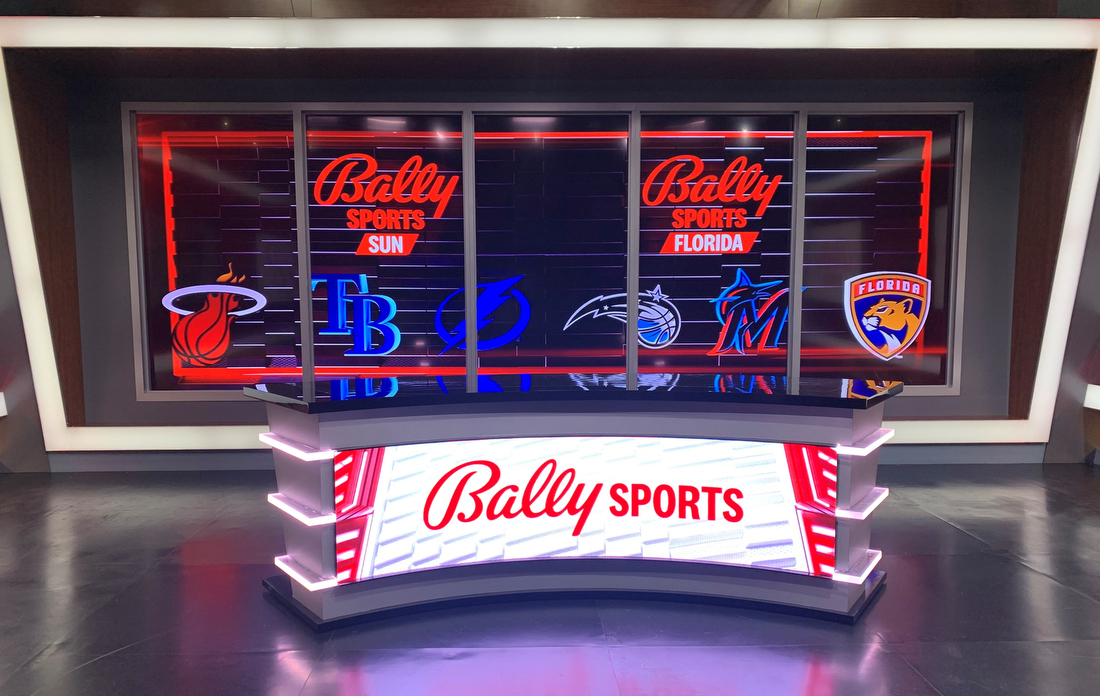 The move follows the 2019 acquisition of the regional sports networks by Sinclair from Fox, which was prompted by Fox’s internal reorganization and sale of select assets to Disney.

The updates for the Bally Sports launch span every aspect of the network’s production, from set tweaks and updated music cues to new motion graphics across all sports coverage.

“It’s been 25 years since the network started and this is the first major overhaul,” said Laura Mickelson, VP, production, Bally Sports.

While the overall effort to rebrand began over a year ago the last five months presented the biggest push as the formal name came into focus. Sinclair didn’t finalize the naming rights until late January 2021, having entered into a strategic partnership with Bally’s in November 2020.

“Everybody was asking me, what is it like? Because it’s not just doing one set. I reckon it to doing a remodel but not just your home but remodeling 25 houses across the country all at the same time,” said Mickelson.

Once the name was in place, a coordinated effort was launched across the regions to update the studios, with many graphics and elements in the works well before a final name was settled on. 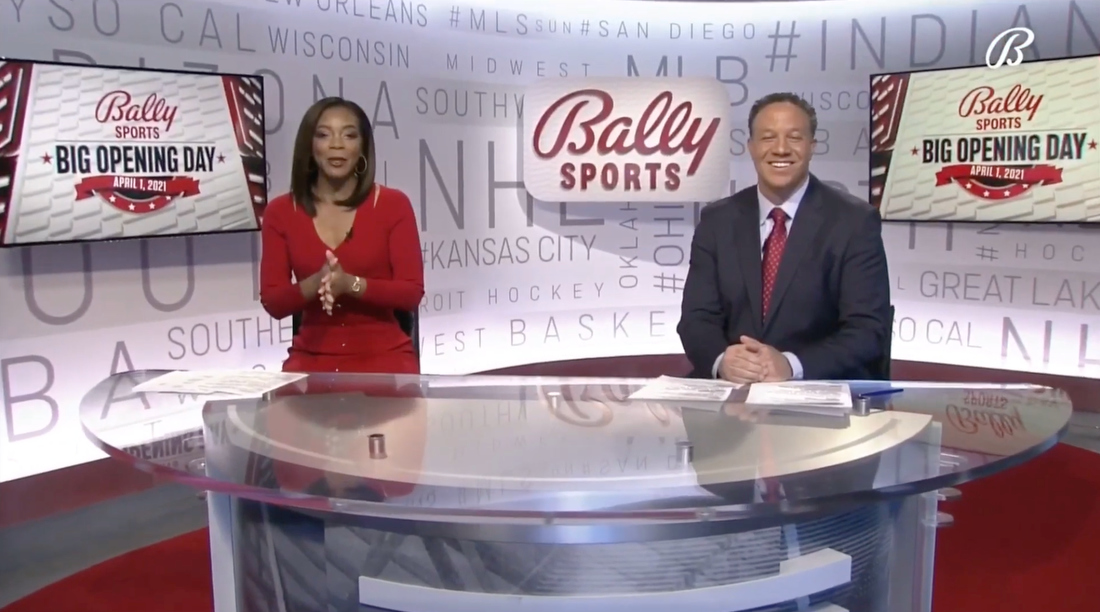 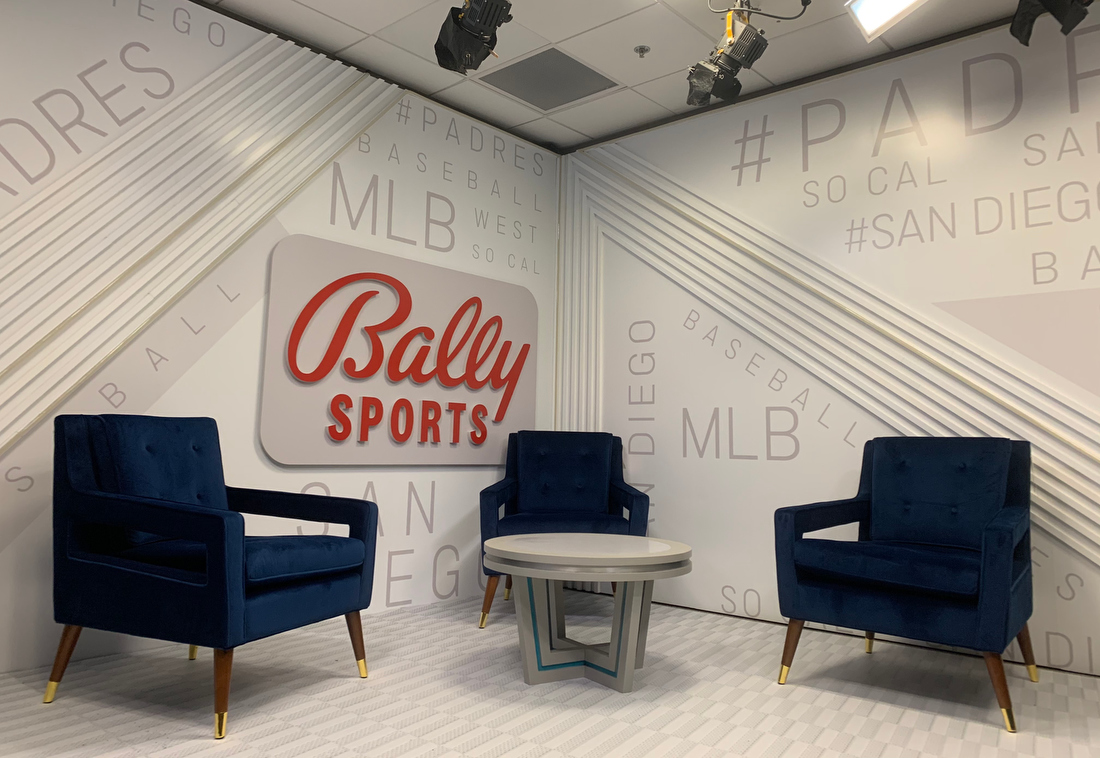 Eight of the regional studios saw branding updates while Bally Sports Midwest in St. Louis and Bally Sports Sun in Tampa received new sets. All in, roughly 50 different vendors came together to pull off the scenic changes for the relaunch which included 64 desks and over 500 pieces of new on-set artwork.

“We really decided to focus on the elements that would make those studios pop,” said Mickelson. “The 3D logos, the plexis, and of course the real signature element for each one of those studios is the desk. The desk is a linchpin for sports production.” 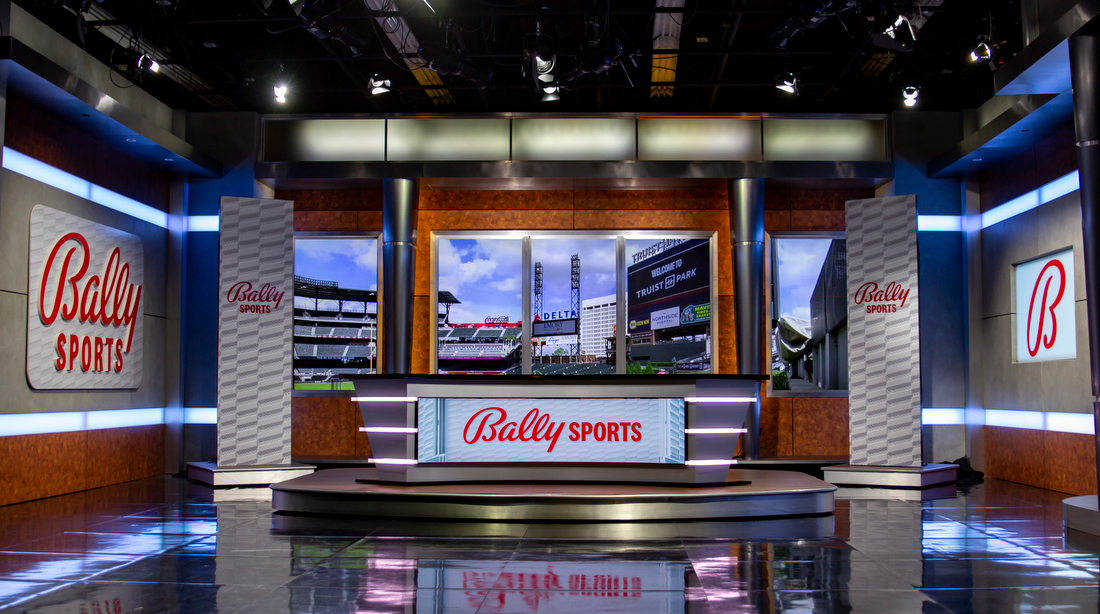 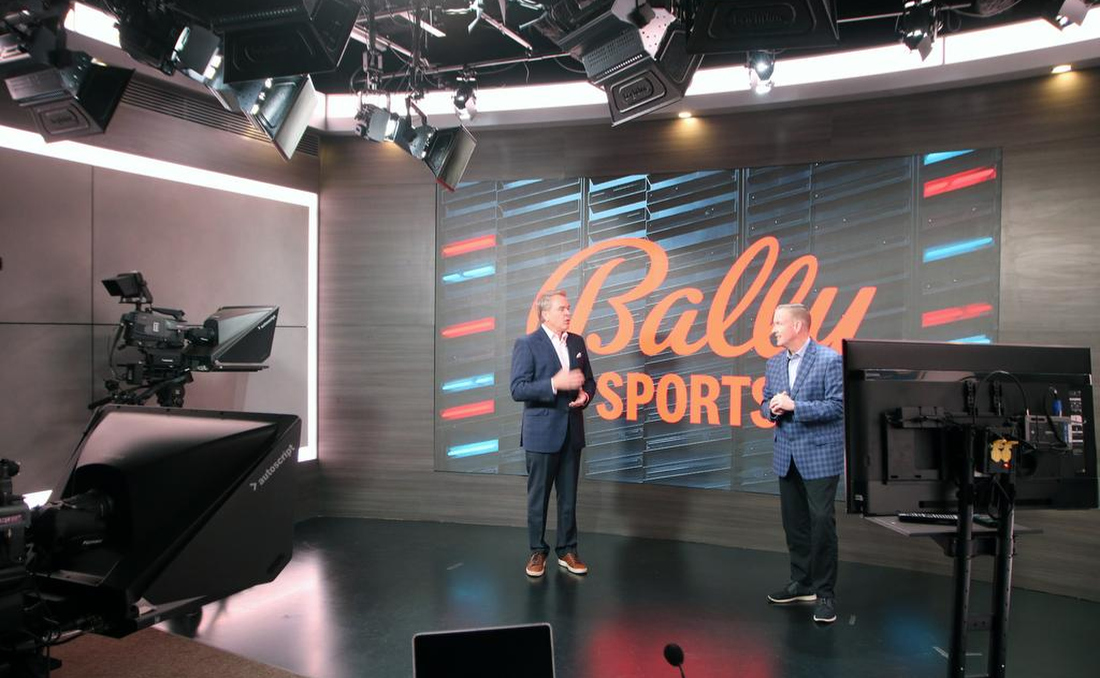 For the updates, Bally Sports partnered with Big Creative Productions on the set design with fabrication from Scenic Solutions.

For the new studios in St. Louis and Tampa, technology is at the forefront with large LED screens and touchscreen displays.

These installations were made possible because of corporate synergy with Mark Nadeau and the Sinclair Scenic Group along with help from Florida Lighting Company.

Across the board, new desks were deployed to the studios featuring an LED front with color-changing plexiglass ribs on the wings. 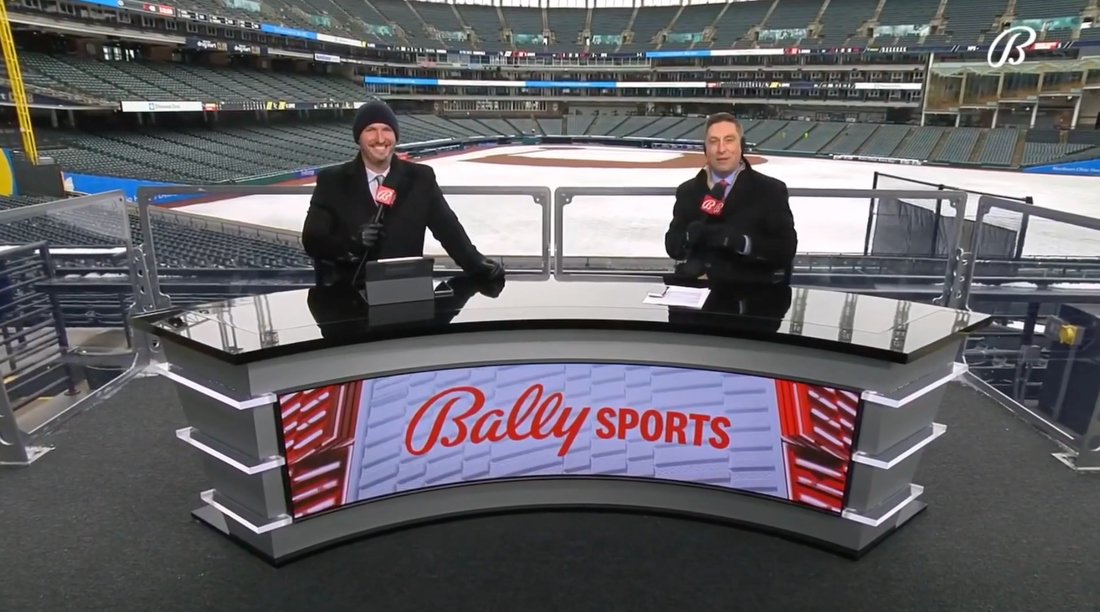 “We were able to bring that high-end LED technology to the studios, but also to the desk,” said Mickelson, who noted the desk upgrade was also about functional and storytelling opportunities.

“I’m really excited about the new desk… It’s got a circular face and a full LED screen in front with lit ribs. So you can light the ribs and change the colors in the LED screen. Not only can you national brand it, but you can use those as production elements.”

Not only were the desks inside the studios updated, but thought was also put into updating the network’s stadium production.

“On the RSN side there’s a lot of remote production,” said Mickelson.

“There was a lot of help from all the producers, and directors, and operations people out there. We really did a tremendous amount of research,” said Mickelson.

“[We] spent a lot of time prior to COVID out on the road, working with the regions, seeing how the desk are used, not just designing and saying, ‘hey, let’s get a studio desk outside’ but hearing what some of the challenges were moving the desk, working with the teams, lifting the desk, beating up the tops of the desk, making them lightweight and easy to maneuver.” 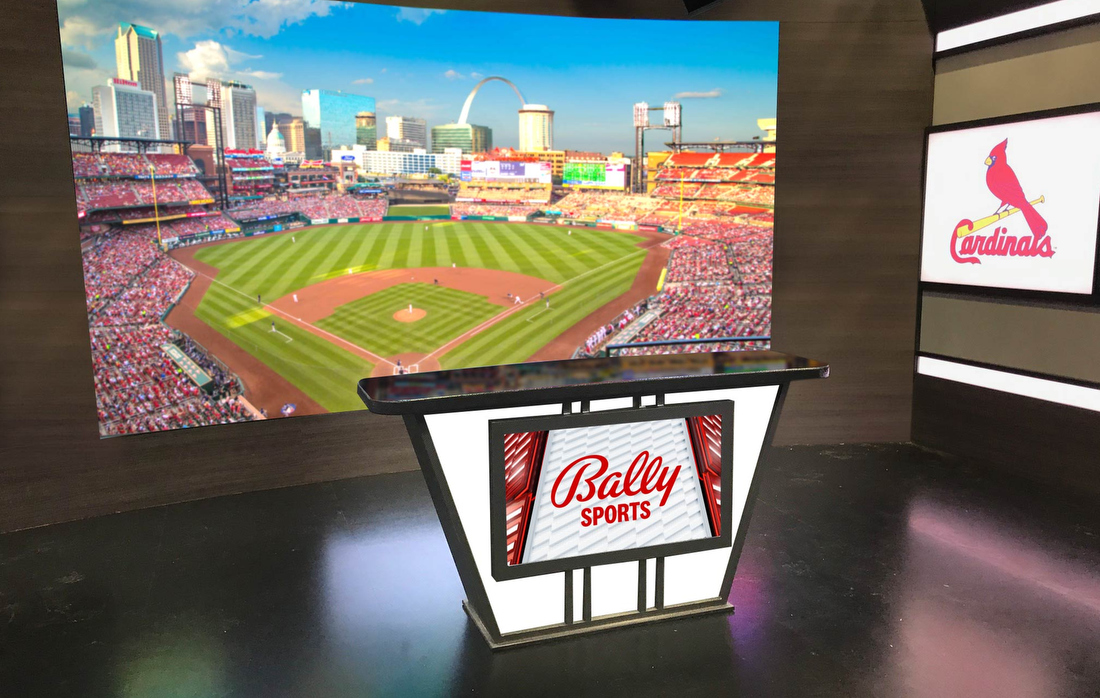 The result of this careful research is the “S-and-S” (sit and stand) desk, which is designed to accommodate talent and athletes of varying heights. The desk is built from carbon fiber and includes a Rhino Linings top that is weather-ready.

“It’s a new look for sports. It was very clear from the beginning… that we want to be new, innovative, and fresh. And I think this look is just going to pop on air. It’s going to be bright and brilliant. So, I’m really excited how these products have come out. It’s a lot of work, lots of testing, had to test all the different colors and make all the products work. And I’m thrilled at the outcome,” said Mickelson.