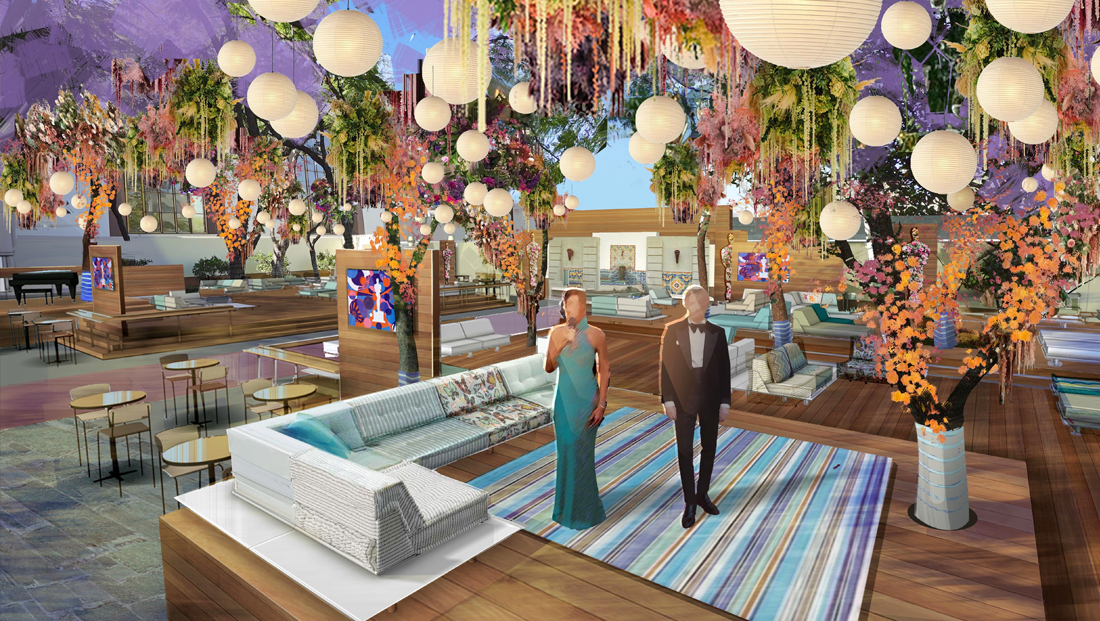 Last year’s Oscars aired Feb. 9, 2020 — about a month before much of the nation was locked down due to the coronavirus pandemic — so this year’s telecast will mark the ceremony’s first outing in a pandemic world.

Instead of the normal Dolby Theatre site, which was built with the Oscars in mind, the telecast will originate from Union Station in Los Angeles with elaborate production design from David Rockwell of the Rockwell Group.

Rockwell has designed two Oscar telecasts in the past as well as is the firm behind the design of the theatre itself.

This year’s production, will, in many ways, pay homage to the very early days of the Academy Awards that were seated formal dinner affairs inside iconic L.A. ballrooms. 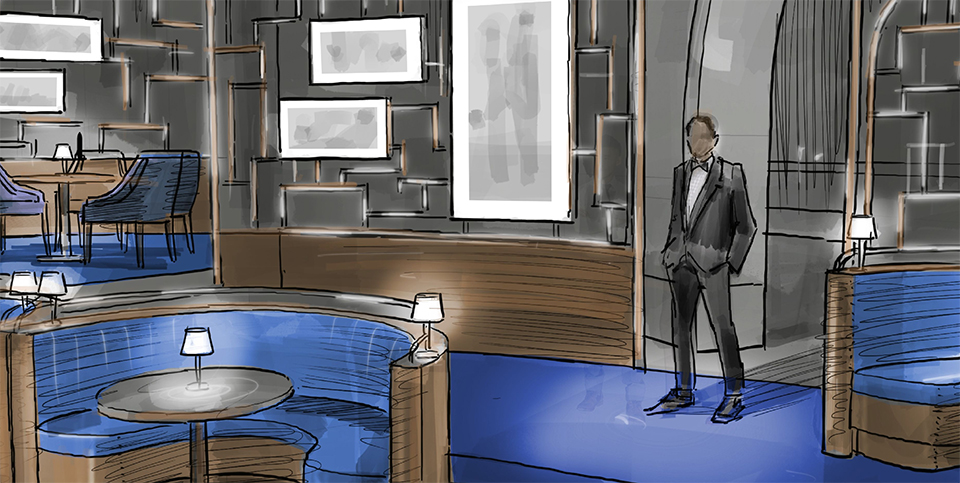 Plans call for a multitiered seating area inside the ticket concourse, a voluminous wide open hall with 40 foot windows.

Custom cafe tables and chairs will be placed around the space, with banquettes for the lowest tier. Oscar inspired lamps will dot the space as well.

“Platinum-finished geometric screens serve to define and separate the audience area, leaving enough negative space to avoid ever obscuring the room’s existing architecture or decorative flourishes,” the announcement continues, adding that “live picture frames” will showcase the Oscars’ past as well as integrate with the action in the stage area during the telecast.

That stage will take a thrust format created with rich inlaid wood tones. The area will mirror the seating by using a circular, tiered approach.

Installed on either side of the stage will be 8-foot wide LED video walls. Backing the state is a velvet drape in “Urban Blue.”

In addition to the interior, Rockwell also designed a pre- and post-show setup along the North Portico of the station.

“The spaces will be imbued with a cool color palate, inspired by the existing tilework inside Union Station. The perimeter of the raised platforms will be outlined by drink rails, and the existing trees will be festooned with lanterns and baskets of flowers,” reads the statement.

Also planned are large wooden takes on the Oscar statuette with a floral displays.