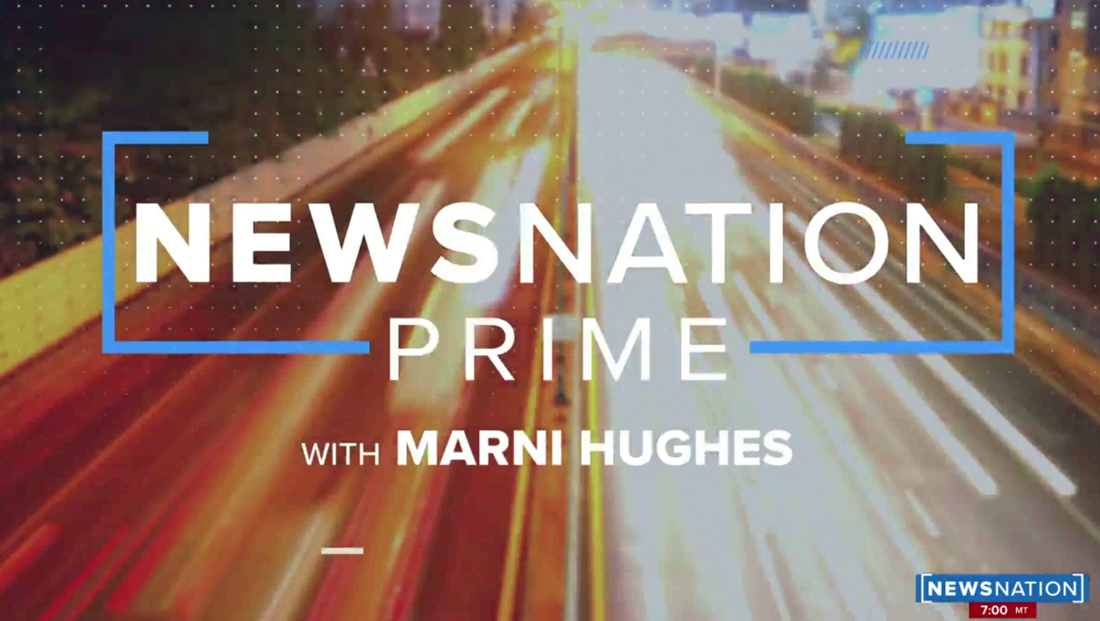 The show is now titled, at least on screen and in the announce, as “NewsNation Prime with Marni Hughes.” Hughes was also one of the original three co-anchors of the three hour primetime newscast that aired on the network then known as WGN America.

WGN America has since adopted to the NewsNation name as a whole and multiple programming shuffles led to the “Prime” getting cut back to one hour. The third co-anchor, Joe Donlon, was moved to his own analysis show.

The new open uses the same timelapse clip of a busy highway but eliminates both Nelson’s and meteorologist Albert Ramon’s names.

Meanwhile, the broadcast had also been experimenting with a variety of tease formats using the six movable LED panels installed against the so-called “crop circle” wall.

It appears the show has finally settled into a format that uses three of the panels, each with a square, framed photo related to the story, though which ones are used appears to vary from day to day.

The struggling network is plowing ahead with a new primetime schedule come the fall.

Abram’s debut will trigger former Fox personality Leland Vittert’s “On Balance” to move, though Nexstar, the network’s owner, has yet to announce where.

Perhaps the two most likely times would be 9 p.m. eastern, the current home of “NewsNation Prime” or 11 p.m. eastern, squaring it off against local newscasts (including many at Nexstar owned stations) on the east coast.

It’s also possible the 5 p.m. hour, ahead of “NewsNation Rush Hour” could be used or NewsNation could move or drop Ashleigh Banfield’s 10 p.m. show was the network’s first attempt at using a bigger name to lure viewers — and it hasn’t exactly gone well).